The third episode of ‘WandaVision’ continued the build-up to the show’s ultimate endgame. Wanda remembered her beloved Pietro and had a confrontation with Geraldine.

The new episode of WandaVision features Wanda and Vision in the 1970s. Wanda is still pregnant and her pregnancy rapidly progresses in a short amount of time. Before there’s even time to catch your breath, Wanda is ready to give birth.

Geraldine is there — just in the nick of time — to help Wanda deliver a baby boy. Vision arrives after the birth. The little boy is named Tommy. Suddenly, Wanda gives birth again to another baby boy she names Billy. 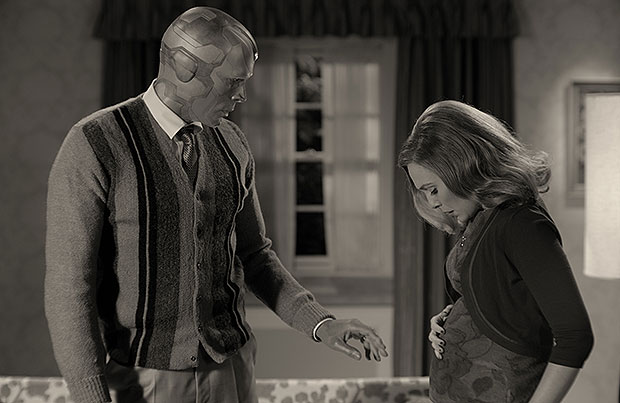 Later, Wanda has a very telling conversation with Geraldine and begins to remember her past. “I was a twin,” Wanda says. “I had a brother. His name was Pietro.” This is the first mention of Pietro (a.k.a. Quicksilver). Wanda begins to sing what appears to be a Sokovian lullaby.

“He was killed by Ultron, wasn’t he?” Geraldine asks, trying to get Wanda to remember more about her life. The glass house Wanda is trapped in metaphorically has just cracked. “What did you say?” Wanda replies as a tear falls down her face. Wanda confronts Geraldine, who’s wearing a S.W.O.R.D. necklace, regarding what she said about Pietro. 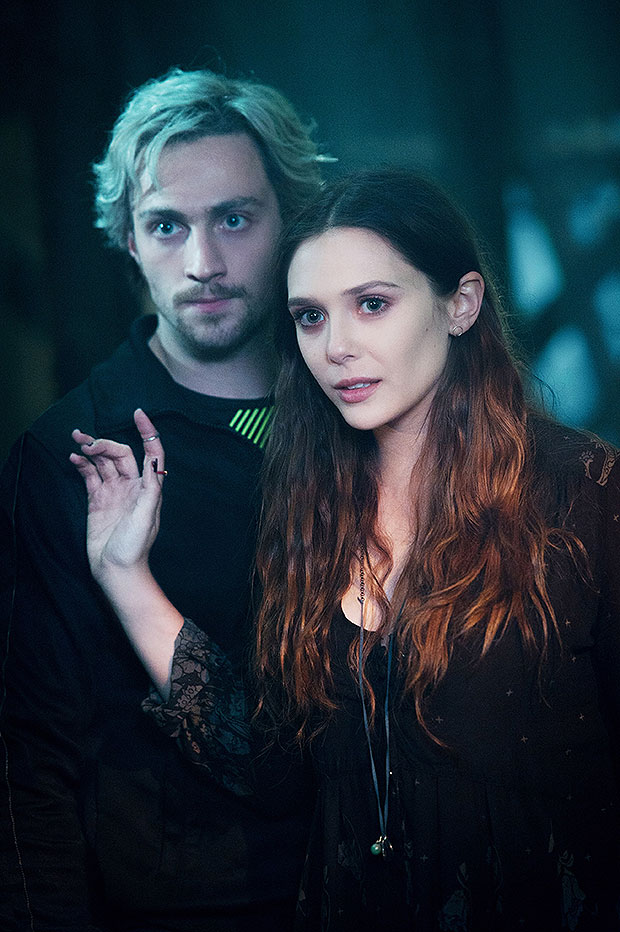 Wanda doesn’t back down. She demands to know what Geraldine is talking about. When Vision walks back into the house, Geraldine is gone. She’s been thrust back to the present, likely by Wanda’s powers. Geraldine is quickly surrounded by agents. Earlier, Agnes and Herb became suspicious of Geraldine. Given the theory that Agnes could be the villainous Agatha Harkness, Agnes could ultimately know that Geraldine is actually Monica Rambeau, who is clearly trying to get through to Wanda.

The WandaVision commercials within the show have given key hints about the return of HYDRA. The ad in the third episode is a HYDRA Soak commercial. Could these HYDRA hints be Wanda’s way of letting the viewer know who’s behind these alternate realities? With time, all will be revealed. New episodes of WandaVision air Fridays on Disney+.