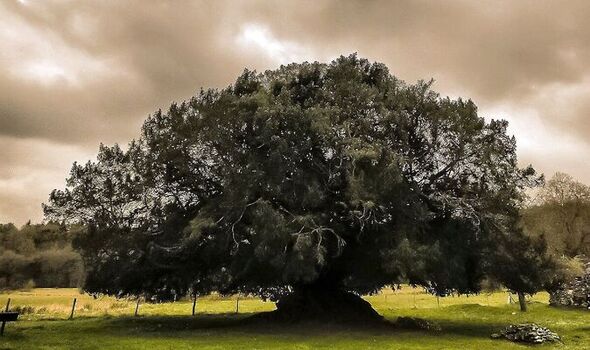 The spectacular Waverley Abbey Yew, whose roots grow out of Britain’s first Cistercian Abbey monastery, will now go on to represent its home nation in the European Tree of the Year contest.

Situated within the grounds of Waverley Abbey, the very first monastery founded in Britain 900 years ago, the ancient Yew took 16 percent of the total votes, finishing above its nearest competitor with 11 percent The Portal Tree in Midlothian, a Rowan which grows in the landscaped grounds of one of Scotland’s most important historic houses.

Tom Reed, citizen science office for the ancient tree inventory at the Woodland Trust, said: “People who visit Waverley Abbey come with a respect and appreciation of the abbey’s history and stories. It is great to see that this magnificent tree has been recognised at Tree of the Year 2022 and the way the tree is rooted within the ruins of the abbey is a great symbol of the fact that our ancient trees are intertwined with other aspects of our cultural heritage.

“We’re calling for greater protection for these living legends, so they are cared for in the same way as our historic buildings. This tree is one of the many living legends that have witnessed important moments in our history.”

Dr Michael Carter, English Heritage’s senior properties historian, added: “The Yew tree at Waverley Abbey has been witness to history for nearly 500 years. Whilst the exact age of the yew is unknown, it is likely that it has watched over the abbey grounds since shortly after the Dissolution of the Monasteries in 1536 – and has seen its surroundings transformed from a thriving religious community into a picturesque ruin.

“The tree is a truly spectacular reminder of the passage of time and a very worthy winner of Tree of the Year.”

In third place with 10 percent of the votes was the impressive Layering Horse Chestnut in Derbyshire which was likely to have been struck by lightning in the past, causing a hollowed and decaying truck with new roots re-growing from the fallen branches.

Now in its eighth year, the Woodland Trust’s Tree of The Year contest highlights the UK’s favourite trees to celebrate the nation’s favourite and most beautiful trees, the role they play in fighting climate change and their importance to nature and our history and heritage.