When is a politician’s personal life of public interest?

Should voters pass judgment on a politician's personal life and consensual relationships? If it's a betrayal of the values that politicians campaign on, then yes, according to Professor Catharine Lumby, a gender adviser and academic. 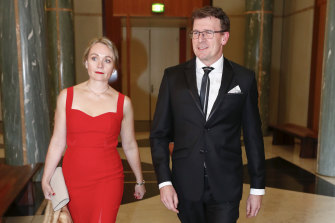 Rachelle Miller and Alan Tudge in 2017, the year the couple had an affair.Credit:Alex Ellinghausen

But how much do voters really care?

In the case of Alan Tudge, one of two Liberal ministers at the centre of allegations aired on ABC TV's Four Corners on Monday about affairs with staff, Professor Lumby notes his relationship with media adviser Rachelle Miller in 2017, while he was still married, was consensual.

After the broadcast Mr Tudge, the Acting Immigration Minister, said he regretted his actions from 2017 immensely and the hurt they had caused his family and Ms Miller.

Professor Lumby, a media academic and former Canberra press gallery journalist who advises the National Rugby League on gender matters, said she didn't believe the public had an automatic right to know about the private lives of politicians.

"A high bar needs to be set for interrogating people's private lives. We're in jeopardy of falling over the line of concern over sexual assault and harassment, which are live and very important issues, into being moralistic about private lives and relationships.

"I think a lot of voters feel that way, that we don’t necessarily need a Spanish inquisition into every act of politicians’ private lives."

Yet Professor Lumby also notes the unique features of Mr Tudge's situation: he remains a senior minister who has campaigned on family values such as traditional, committed marriage, and vocally opposed same-sex marriage in the same year as his relationship with Ms Miller.

"The question is, do these allegations against senior ministers, who have campaigned on family values, pass the bar of acceptability? It goes up to the electorate, and it depends on the electorate you're appealing to. Some will be more conservative, some will be more liberal on this," Professor Lumby said.

In Mr Tudge's electorate of Aston, in Melbourne's outer east, Liberal voter John Kastoun said the MP of 10 years should not be judged for his affair in 2017, months before Mr Tudge and his wife split. 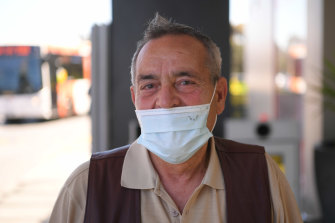 Liberal voter John Kastoun says he is unconcerned by the revelations.Credit:Eddie Jim

"It's two adults, it happens. What's the problem there? [Ms Miller] must have some sort of qualification to get to where she got to, I think she can make her own mind up," said Mr Kastoun, 71, from Wantirna South near Mr Tudge's office.

"From what I saw nobody forced anybody into anything. I think Alan Tudge does good things for the area. Honestly, I don't understand the big fuss about it."

Mr Tudge received 55 per cent of first-preference votes at the 2019 election in his conservative stronghold of Aston, where one in five people identified as Catholic in the 2016 census.

He told Parliament in December 2017 – months after his affair with Ms Miller – that if same-sex marriage passed "the institution itself would potentially be weakened", but he did not oppose it once his electorate voted 62 per cent in favour. 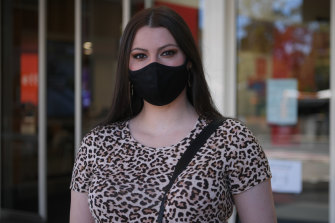 Stephanie Smith says she voted for Alan Tudge in 2019 but he has now lost her support.Credit:Eddie Jim

Stephanie Smith, 27, also of Wantirna South, said Mr Tudge's hypocrisy had pushed her over the edge.

"I voted for Alan Tudge at the last election. I won't be voting for him at the next one," said the retail manager.

"Now that we know a little bit more about him, he's lost my vote." 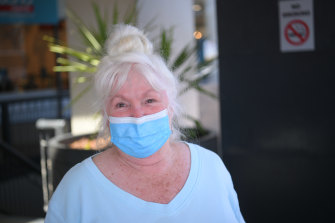 Tessa Christensen says she does not believe the affair is in the public interest.Credit:Eddie Jim

"I don't like hearing about affairs, but I don't think it's in the public interest," she said. "It's politicians' business. If they keep it under their hat, it keeps politics about debating ideas, which is what it should be."

Ms Miller said the power imbalance between herself and Mr Tudge, then the minister for human services, prompted her to speak out to Four Corners. 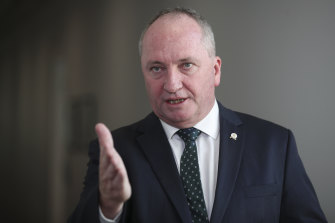 "Between two adults, there's only three things you should look at: age, agency and consent," he said.

"My actions three years ago, and two children ago, were neither admirable or unique."

The voters of Aston show it's hardly a uniform view, but Professor Lumby believes Mr Tudge crossed the line.

"I would say there is a strong public interest if you are outspoken on certain issues and sell yourself as a public figure with certain values," she said. "You begin to abrogate that right to privacy when you are living in a cloud of contradiction."