Who is joining or leaving the cast of Neighbours in 2021? 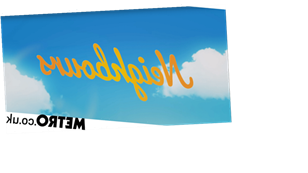 Neighbours is currently on a little hiatus, both in Australia and here in the UK.

Though the UK has some catching up to do following the episodes being limited in a bid to not run out after production was impacted by the coronavirus pandemic, viewers will get to catch up with the latest dramas down under very soon.

Who is leaving the show and which characters are joining when the soap returns?

Who is joining Neighbours in 2021?

When Neighbours returns on January 4, it won’t be long until some new (and not-so-new) faces appear on the show.

Here’s who we know is joining – or returning – to Erinsborough in 2021.

Neighbours announced that Nathan Borg, a hard of hearing actor, will be joining in a guest role.

Borg, 24, was born six-weeks premature and, after suffering from meningitis, needed a cochlear implant in his right ear at the age of two to enable him to start hearing and learning.

He will be the first actor on Australian television with a cochlear implant.

She might not be completely new to the show, but it has been a while since the character of Amy Greenwood has been seen around Ramsay Street.

Played by Jacinta Stapleton, the character made her first on-screen appearance in 1997 and leaving in 2000, returning for a brief stint in 2005.

Speaking about her return, Jacinta said: ‘As Amy Greenwood has always held a fond place in my heart, to reprise her 20 years later feels like a gift that rarely happens in one’s career.

‘She’s effusive and flamboyant and joyous to play. Her time back in Erinsborough will see her experience everything from friendship to drama, to romance and heartbreak. It’s quite the ride.’

The promo for the show at the end of the season in Australian time – which is a bit ahead of the UK’s episodes – teased the return of a mystery woman, and we now know that to be Melanie Pearson.

A popular character introduced in the 80s, Melanie married Joe Mangel (Mark Little) and left with him back in 1991.

She made a brief return in 2005 where we learned it was not happily ever after for the pair and she has not been heard from since- until now.

Outside of the real-life details, the fictional character found himself facing tough times, after his marriage dissolved.

The character will leave the show, off to forge a new path after making a mess of things with his wife Chloe and his mistress Dipi.