Who is Kate McCann? The presenter's motto is 'dare to be different'

Who is Kate McCann? The presenter who fainted during tonight’s Tory leadership debate has been described as a ‘rising star’ whose motto is ‘dare to be different’

The spotlight has been firmly on the Westminster political correspondent since the dramatic incident during tonight’s debate, which brought the talkTV broadcast to a close.

What many viewers may not know, is that the the presenter, who left her role as political correspondent at Sky News to join talkTV as its political editor in January, has already enjoyed a successful career, and has been described as a ‘rising star’ in her industry. 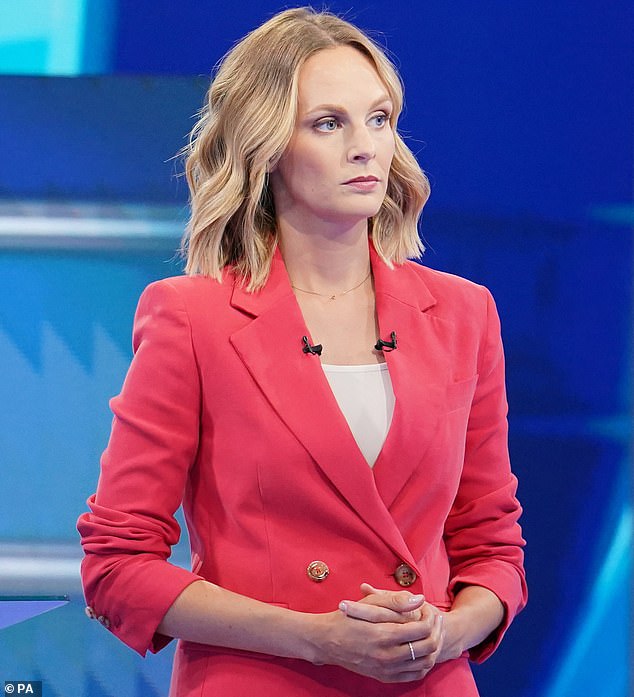 Miss McCann, who is talkTV’s political editor and who formerly worked at Sky News, was presenting the debate alone after Harry Cole, the political editor of The Sun, pulled out of co-hosting the event earlier today after testing positive for Covid 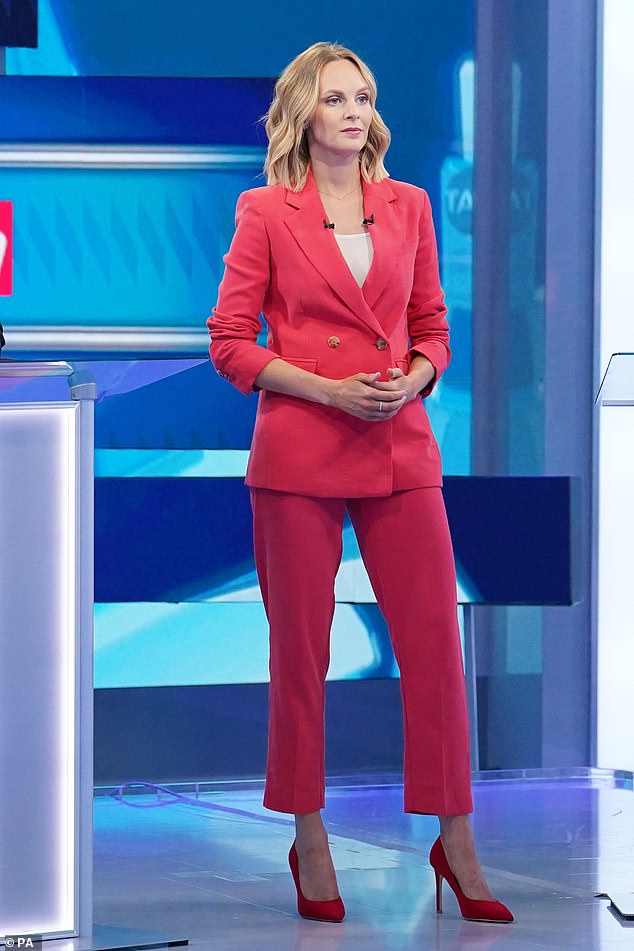 The seasoned political journalist says her family motto is ‘dare to be different’, and says she is excited that talkTV is able to ‘rip up the rulebook’

Among her other achievements, Miss McCann was chair of the Press Gallery in 2018. She was only the second woman to hold the title in over 200 years.

Talking to Press Gazette about her move to talkTV earlier this year, Miss McCann said she was excited the network is able to ‘rip up all the rules and start again’.

She added that her family motto, which felt appropriate for the new venture, is: ‘Dare to be different.’

Discussing Miss McCann’s appointment, Scott Taunton, CEO of News UK Broadcasting, said that the journalist was ‘the perfect choice’ to be its political editor’.

He added that she is ‘one of the sharpest rising stars in the Lobby’. 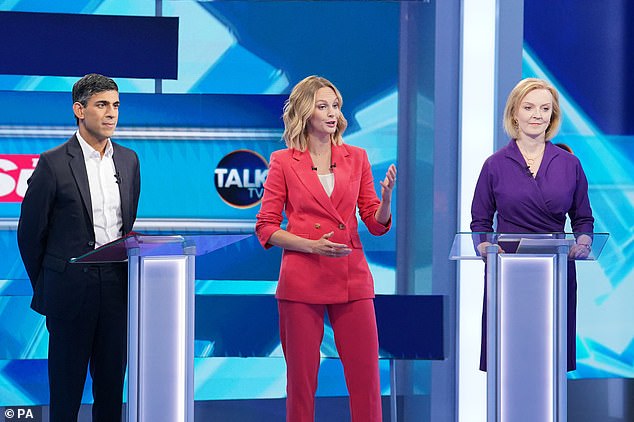 Kate McCann, who was inundated by messages from well-wishers on social media, was said to be ‘fine’ after the incident

Miss McCann’s dramatic moment tonight happened as Ms Truss was answering a question around half-an-hour into the TalkTV/The Sun event.

A loud noise caused the clearly worried Foreign Secretary to hold her face in shock as she exclaimed: ‘Oh my God!’. Ms Truss was then seen walking towards where Miss McCann was standing.

The broadcast feed was swiftly cut, with viewers shown the message: ‘We’re sorry for the disruption to this programme. We’re working hard to fix the issue and will return to normal programming soon.’

There was subsequently a long pause in the broadcast while viewers wondered what had happened in the studio, before a ‘medical issue’ was cited as being the cause of the disturbance. 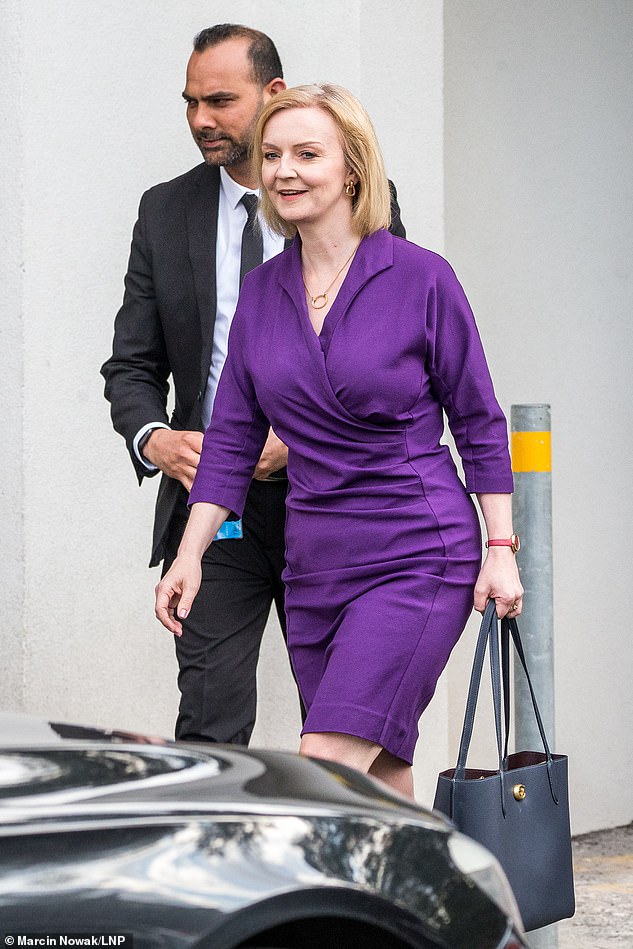 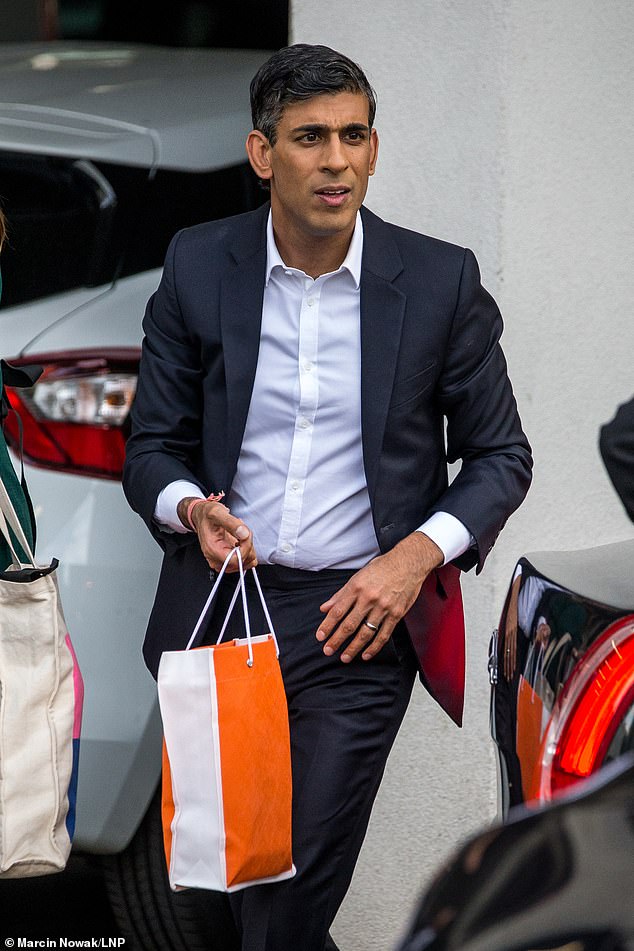 Confirming the rest of the debate would no longer go ahead, TalkTV later said in a statement: ‘Kate McCann fainted on air tonight and although she is fine, the medical advice was that we shouldn’t continue with the debate. We apologise to our viewers and listeners.’

Both Tory leadership candidates raised the prospect of resuming their debate on TalkTV at a later date.

Posting to Miss McCann on Twitter, Mr Sunak wrote: ‘Good news that you’re already recovering. It was a great debate and I look forward to getting grilled by you again shortly!’

Ms Truss tweeted: ‘Relieved to hear @KateEMcCann is fine. Really sorry that such a good debate had to end. Look forward to catching up with Kate and the rest of the @TheSun @TalkTV team again soon.’