Who’d run a luxury hotel? A dream that can soon turn into a nightmare

Who’d run a luxury hotel? It’s a dream that can soon turn into a nightmare, as Steph and Dom’s new series reveals

Giving up the boring 9 to 5 to run the hotel of your dreams is pie in the sky for most of us.

But not James and Fjona Hill, the married couple who run Hampton Manor in the West Midlands, a magnificent country pile once owned by prime minister Robert Peel that now houses a hotel, restaurant and conference centre in 45 acres of gardens with a reputation for fine dining and luxury.

But as we discover this week in Channel 4 series The Great Hotel Escape, hosted by Gogglebox’s Steph and Dom and focusing on plucky people who’ve risked everything to open their own places, running it is not without its challenges. 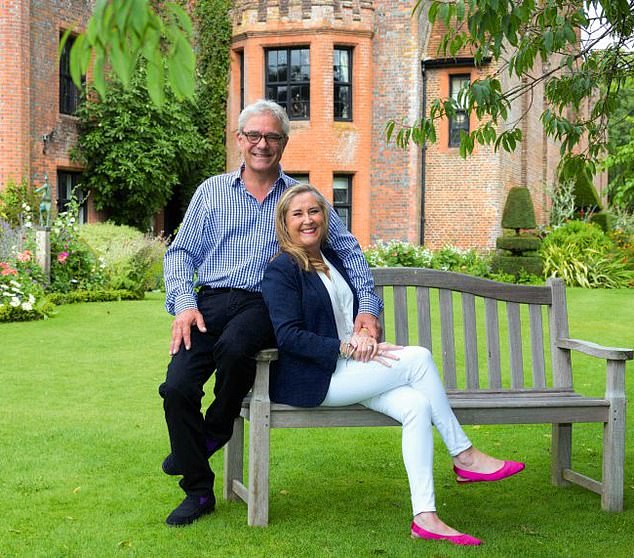 The old coaching house needs to be converted into bedrooms, and failure could see the client taking their conference elsewhere.

The process is made trickier by the fact that the coaching house is a Grade II-listed building dating back to 1855.

Original features have to be meticulously restored under the eye of a conservation officer, while thousands of bricks removed during the conversion have to be cleaned, marked, then replaced in the outer walls.

And that’s if the Hills get the planning permission.

Just when James thinks the situation can’t get any trickier, he’s told that the work is being opposed by his neighbours.

It’s a far cry from his previous life as a manager in the NHS.

‘I was in a job where my ability to shape things was limited,’ explains James.

‘I was craving to do something more artistic, to exercise strengths that I couldn’t use in the NHS.’

So he decided to leave to pursue his dream, and Fjona, 37, quit her career as a doctor to join him. But the pressure was on from the start. 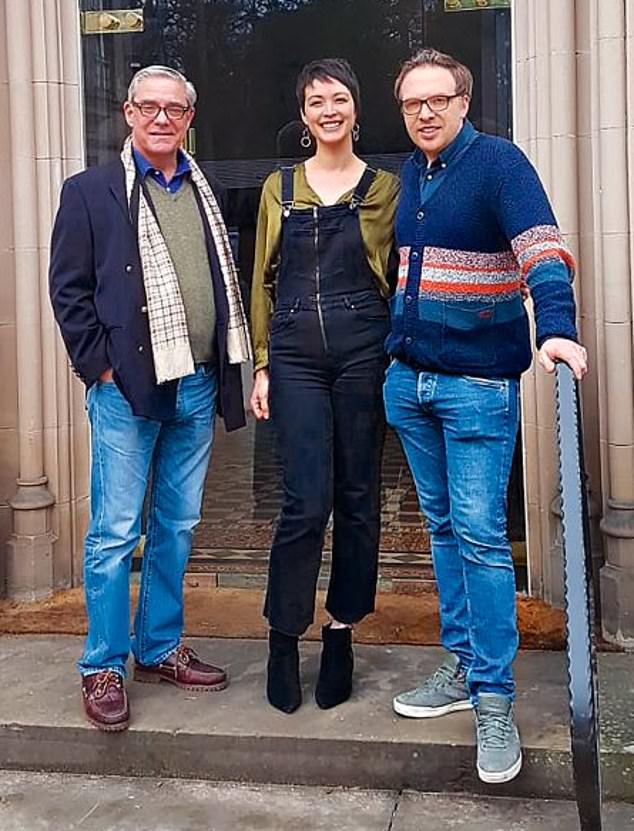 James, 37, and Fjona Hill, 37 (pictured with Dom) quit their careers to run Hampton Manor, West Midlands, which was an investment by James’ parents

His parents, Derrick and Janet, ploughed £3 million into the purchase of the place in 2008, an investment that snowballed and now stands at more than £7 million.

‘There was a point in 2009 when Mum and Dad had almost nothing left, when I thought to myself, “Am I high and dry here?”’

The gamble has paid off.

The restaurant, Peel’s, has a Michelin star. Renowned chef Michel Roux Jr was so impressed he’s already cooked in the kitchen and will do so again in November.

In the show Steph and Dom, who are passionate about the garden at the upmarket B&B they own in Kent, stress to James the need to use freshly grown produce from the walled garden in the kitchen.

‘Dom’s experience of growing for a kitchen and avoiding a glut of produce was helpful,’ says James.

‘They learnt the hard way and he was doing his best to help us avoid some of the mistakes they made.’ The hotel is also a haven for celebrities appearing at the nearby National Exhibition Centre, and DJ Chris Evans used his radio show to tell people how much he’d enjoyed his stay.

But the pressures remain.

As the series reveals, a minor upgrade forces the manor to close, costing thousands of pounds in business and leaving a staff of 80 idle.

There’s a plumbing problem and, of course, that tricky business with the planners.

It’s little wonder James draws a line between work and family life, knocking off each day at 3pm to spend time with their children Iszac, six, Auriana, four, and Ezra, two.

‘It’s not about us extracting huge returns, but making sure the business is sustainable. And making my parents proud! I want to live up to their expectations.’