Saw it coming. After Teresa Giudice announced that her sister-in-law, Melissa Gorga, wouldn’t be a bridesmaid during her nuptials, Dolores Catania offered context to the decision.

“No, I am not surprised at all. I don’t think it’s a big deal if Melissa is in the wedding or not,” Catania, 51, exclusively told Us Weekly while promoting The Real Housewives of New Jersey on Monday, March 28.

The philanthropist noted that the family members are on good terms following their past feud. “They get along but I don’t think there’s any harm in her not having Melissa [in the wedding],” Catania said.

She jokingly added, “Listen. Do I want to stand in the wedding with the flowers and the bridesmaid dress? No, I’m 51 years old.” 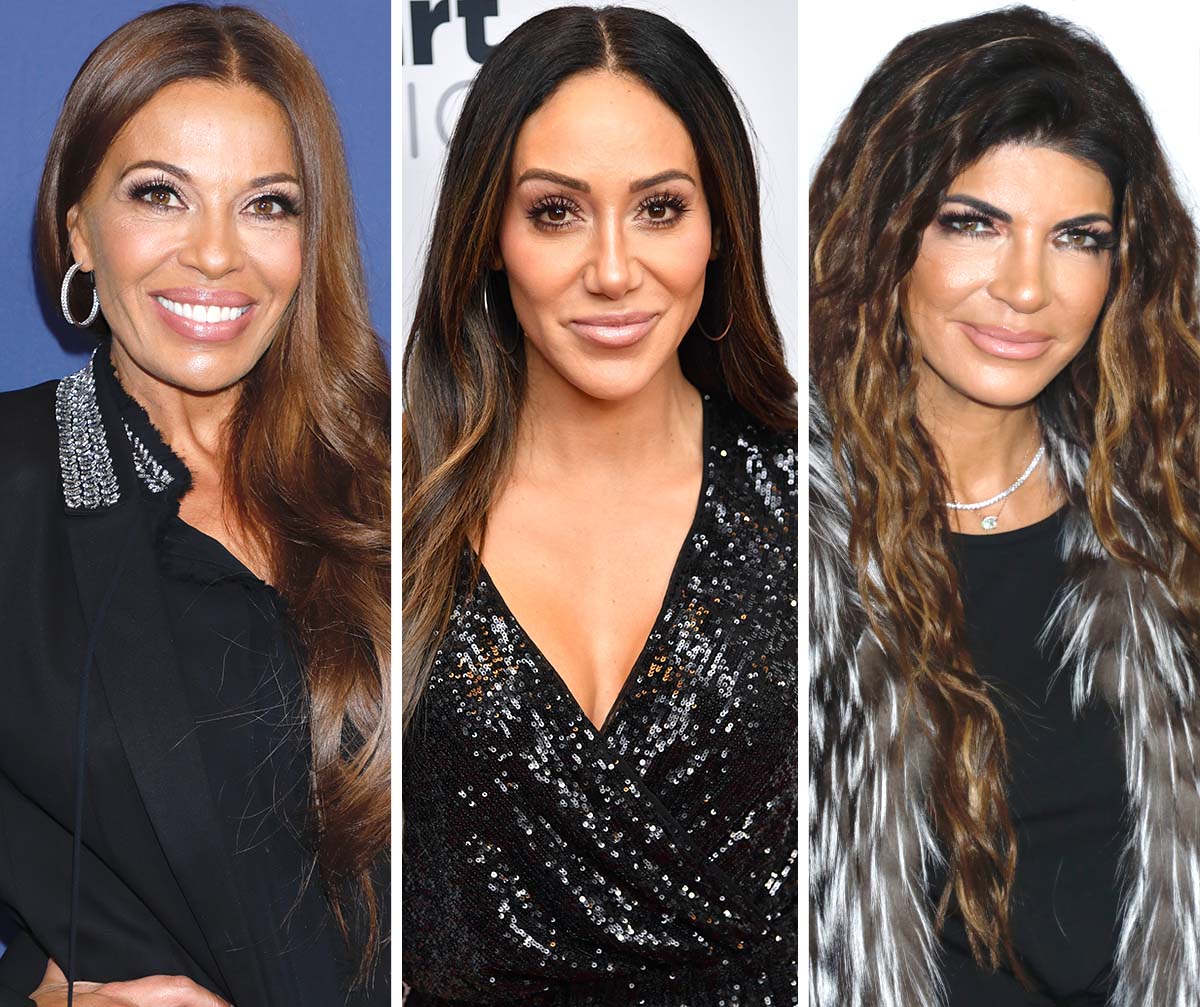 Giudice, 49, recently made headlines when she confirmed that she plans to have eight bridesmaids in her wedding to Luis ‘Louie’ Ruelas — not including Gorga, 43.

“Don’t make a big deal. I mean, come on,” the cookbook author said during an appearance on Watch What Happens Live With Andy Cohen earlier this month. After host Andy Cohen asked if this would be news to the “On Display” singer, Giudice answered, “I guess so, I mean, hello! We’re on national TV.”

Gorga, for her part, later admitted that she didn’t know about the wedding plans beforehand. “I did find out on TV that I’m not going to be in Teresa’s wedding and I’m not a bridesmaid, which I’m OK with. I’m fine with [it],” the singer said during an episode of her “Melissa Gorga on Display” podcast at the time. “I understand. To each their own.”

Biggest ‘Real Housewives’ Feuds Ever — And Where the Relationships Stand Today

The designer explained that she was expecting for her sister-in-law to just keep it within her side of the family. Teresa, for her part, share daughters Gia, 21, Gabriella, 17, Milania, 16, and Audriana, 12, with ex-husband Joe Giudice.

Melissa went on to say that she would be there for Teresa on her big day no matter what role she had. “We’ve always backed her up and we haven’t said much on the show in a negative light regarding her and Louie — and it’s for a reason,” the “Rockstar” performer said on her podcast. “It’s because we want her to be happy, and we want it to be good. So I hope she sees that and realizes that, and I wish her nothing but happiness and I’m sure her wedding will be absolutely beautiful.”

Celebrity Health Scares Through the Years

Since offering an update on her nuptials, Teresa had to hit pause on the planning after she was hospitalized for an emergency medical procedure to have her appendix removed. “She is in recovery, currently resting, and she thanks everyone for their prayers and well-wishes,” a rep for the reality star shared with Us on Thursday, March 24, one day after the surgery.

According to Catania, her costar is in “rough” shape after battling appendicitis. “She’s in a lot of pain and she was really, really sick. It’s not like Teresa. She’s a tank and she’s never been knocked off her feet,” she told Us on Monday. “As long as I have known her, I know Teresa to sleep one day a month and she’s never been sick.”

The Real Housewives of New Jersey airs on Bravo Tuesdays at 8 p.m. ET.