As Sharna Burgess continues to build her career and family in the United States, she has officially become a citizen.

“Today something really amazing happened :),” the Dancing With the Stars pro, 37, captioned a Thursday, October 6, Instagram post, sharing footage from the ceremony. “I had no idea that this would feel emotional for me. This has been my home for nearly 12 years now. My son was born here, my life and love and career — all here. And yet this last step of becoming a citizen and finally having the same rights as all Americans felt so important.” 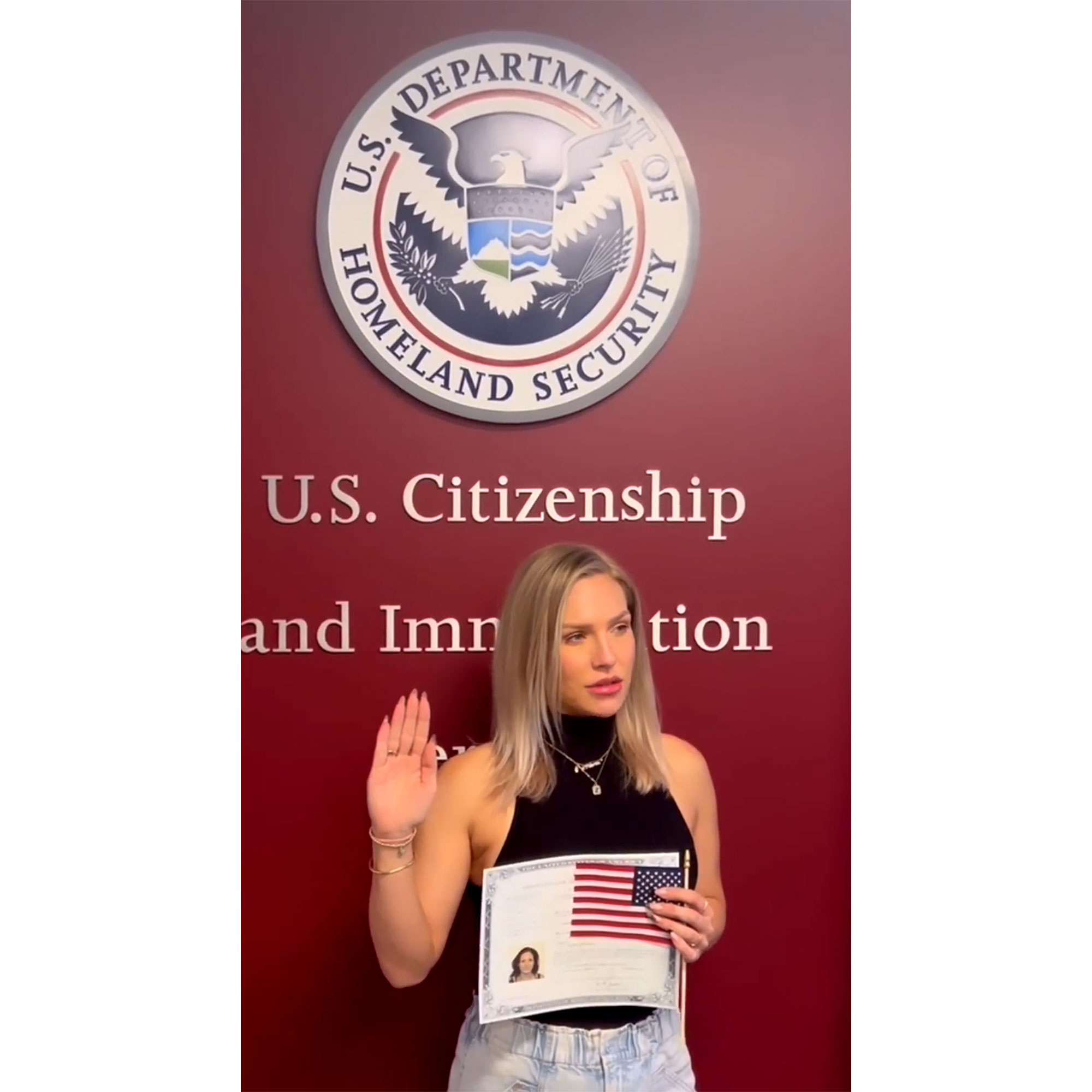 Burgess, who hails from Australia, had left her home country at the age of 18 to pursue a career as a professional dancer. After moving from country to country in garbage bags — since it was “easier” than suitcases — the choregrapher eventually settled in Los Angeles when she joined the season 13 cast of DWTS in 2011.

“I think I always felt a bit like a Gypsy searching for belonging. Afraid of staying in one place and also craving the security of it,” she wrote on Thursday. “But then, America slowly became my permanent home. Eventually I found my tribe here, I bought a home here, I fell in love here, I birthed my son here.”

Amid her thriving dance career, the Burn the Floor alum found a romantic connection with Brian Austin Green in December 2020.

“There’s been discussions over the time that we’ve been together of stuff we like and that we would want, and we are endgame,” Burgess previously told Us Weekly in March of her relationship with the 49-year-old Beverly Hills, 90210 alum. “So, it is definitely on the cards at some point, but we weren’t that kind of relationship [in the first place] that was like, ‘So we’ll get married here and then we’ll schedule in a baby for here, but if you book a gig, we can push that a little bit.’ … It’s like, let life be life, right? Let’s just enjoy each other and trust that things will happen when they’re meant to.”

The dancer and Green — who teamed up for DWTS season 30 — expanded their brood earlier this year. Son Zane, who is the actor’s fifth son and Burgess’s first, was born in June.

As Burgess and the Masked Singer alum — who attended Thursday’s citizenship ceremony — take the next step in their relationship while raising their little one, the season 27 mirrorball champ is grateful that America has given her a place to fit in.

“This final step is the period at the end I never knew I was needing so much. This very long chapter of finding belonging has finally come to a close,” she concluded her social media post. “I Sharna Burgess, am a citizen of The United States of America, and I belong here.”