"The minute you're in that building and you hear the music, you're like, 'Oh, life's back to normal again with just some little alterations,'" Maya Rudolph told Jimmy Fallon about SNL. 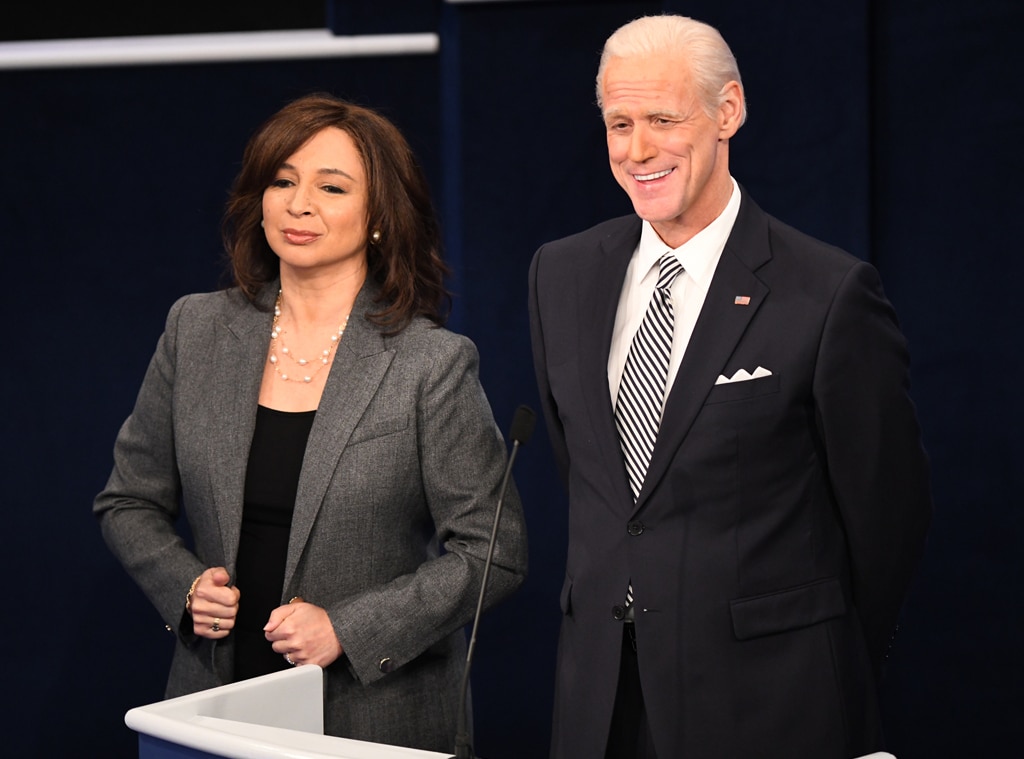 It's been more than a decade since Maya Rudolph was a cast member on Saturday Night Live. However, the 48-year-old star recently returned to her SNL roots to portray Vice Presidential nominee Senator Kamala Harris.

During the Oct. 7 episode of The Tonight Show, Rudolph opened up about what it's been like to head back to the set amid the global coronavirus pandemic.

"It was nuts," she told fellow SNL alum Jimmy Fallon when asked about returning to the program. "I mean, you and I were there for the first show after September 11 and when anthrax was in the building, I believe. That was another doozy. That was crazy. And I feel like there was a reminiscent feeling of you were in the center of everything going on."

While she said SNL has been doing "an unbelievable job" of making people feel safe and having everyone tested, she also acknowledged there have been some new challenges.

"It's SNL. Everything happens at the last minute to get the best show possible on the air," Rudolph explained. "So, imagine that with, like, PPE and masks and people spread apart. It's wild. It was so strange and yet so comforting. Because, the minute you're in that building and you hear the music, you're like, 'Oh, life's back to normal again with just some little alterations.'"

"I'm so grateful, always, to be a part of that place. And then, like, when in my wildest dreams did I think there'd ever a candidate that looks remotely close to whatever this is?" Rudolph said, pointing at her face. "I realized, like, I started working 21 years ago. How am I still standing? I love it."

However, this wasn't her first time portraying Harris. She also did so during the senator's run for president and earned an Emmy. So how did Rudolph feel about returning to the role after Biden announced his running mate?

Still, she said it was her "civic duty" and knew she had to find a way.

Rudolph also met Harris during a virtual event with SNL alum Amy Poehler and former Secretary of State Hillary Clinton, which she said "was bananas" and "so cool."

To hear her tell the whole story, watch the video above.

(E! and NBC are both part of the NBCUniversal family).