Prince Harry and Meghan Markle haven’t had an easy life since they wed. The two tied the knot back in May 2018, and even before they married, things were growing increasingly more volatile between them and the press. For more than two years, the British media has been attacking Meghan relentlessly, and Harry has been dragged into various stories, too. But could their decisions be causing people to lose respect for the highest-profile family in the world? 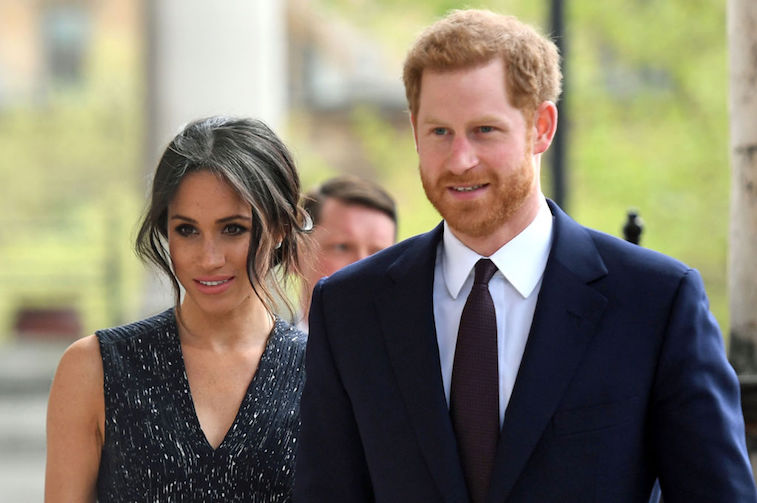 Ever since Meghan walked into Harry’s life, the British press has had a field day publishing stories about her. The media quickly dove into Meghan’s personal life, pulling information out about her family relationships and publishing it for anyone to see. Her siblings didn’t help the situation, and beyond the family stories, Meghan has also been accused by the tabloids of being a terrible person. She reportedly made Kate Middleton cry at a dress fitting for Princess Charlotte and was rumored to be extremely rude to royal staff members. Of course, none of these stories have been proven, but it has made it extremely difficult for Meghan to be loved by the public.

Surrounded by today’s generation of impactful young leaders, The Duchess of Sussex attended the 10th Annual One Young World Summit Opening Ceremony at the @RoyalAlbertHall in London along with 2,000 young leaders from 190+ countries. This is her third time in attendance as a counsellor for these extraordinary young leaders from around the world, and her first time attending as a member of The Royal Family and Vice President of The @Queens_Commonwealth_Trust. For more information, visit @OneYoungWorld or our previous post to see her support of this organisation in recent years. #OWY2019 Video © SussexRoyal

Both have been accused of being too ‘Hollywood’

Harry and Meghan are currently the most talked-about couplein the world. But some of their actions have rubbed people the wrong way.Meghan’s alleged photo ban at Wimbledon had people complaining that she thinksshe’s more of a celebritythan someone who serves the public. And when the two flew on four private jetsin 11 days, people lashed out at them for pretending to care about theenvironment (though Harry and Meghan have remained adamant that they’reextremely passionate about environmental issues).

Harry, on his own, was never looked at as being too much of a celebrity; however, when Meghan came into his life, people started to get a different idea about the two of them.

When it comes to tussling with the British press, the royals tend to avoid lawsuits at all costs. Prince William did sue a tabloid on behalf of Kate Middleton back in 2012 when topless photos were published of the duchess, but otherwise, lawsuits tend to be avoided. But Harry and Meghan are currently facing a lawsuit head on; Harry has alleged that the media published private letters of Meghan’s that were then altered to send a more negative message. Plus, he’s had enough with the bullying — something that he firmly believes contributed to his mother’s death.

The lawsuit has only put Meghan and Harry in an even brighter spotlight, and now, there are constant stories about how the royal family isn’t pleased with the couple’s decision to move forward. It seems that the two are only digging themselves into a deeper hole, and the public is reading every word in the news.

In her final speech of #RoyalVisitSouthAfrica, The Duchess of Sussex had an important message to young people around the world (swipe ➡️ to see full): • “I remember being a young girl watching TV and seeing what was happening in the world, and frankly, often feeling despair. When you constantly see and hear negativity, it can be overwhelming; you can feel powerless, and lost, you can feel different, confused, or like you just don’t belong. And I’m sure there is a young girl or boy watching this and thinking the exact same thing. So, this is for you. In a world that that can seem so aggressive, confrontational, and dangerous, you should know that you have the power to change it. Because whether you’re here in South Africa, at home in the UK, the US or around the world, you actually have the power within you to change things, and that begins with how you connect to others. I have learned from the people I’ve met here, that whether it’s about society’s expectations of masculinity or femininity, or how we divide ourselves by race or faith or class or status- everyone has value, and everyone deserves to be heard and respected. And if you live your life in thatway, your generation will start to value each other in ways the rest of us have not yet been able to do so.” • Video ©️ SussexRoyal

Harry and William are not on great terms anymore

To add insult to injury, Harry admitted in a recentinterview that there is some truth to the rumors about his relationship withhis brother William. The two men don’t appear to be on great terms, thoughHarry did say that they’ll always be brothers and always love each other.However, with people having so much respect for William and Kate, the riftbetween the two is making Harry look worse.

Harry and Meghan have had a tough time winning over the public, but with everything that’s happened recently, people might be starting to think the royal family is as full of drama as the Kardashians. The royals were always seen as the epitome of class and held in the highest regard, but these days, it seems like they have enough going on to even have their own reality show.