Will Packer: I wasn’t part of conversations asking Will Smith to leave Oscars

Will Packer: Police were ‘prepared’ to arrest Will Smith after Chris Rock slap

Will Packer defended the standing ovation Will Smith received for his Best Actor win and said his speech made the tense situation at the Oscars “better.”

“It wasn’t like this was somebody they didn’t know. Doesn’t make anything he did right or excuse his behavior at all,” the Oscars’ executive producer said on “Good Morning America” Friday, “but I think the people in that room stood up stood up for somebody that they knew, who was a peer, who was a friend, who was a brother, who has a 3-decades-plus career of being the opposite of what we saw in that moment.”

Packer dismissed the criticism — and hypocrisy — of the standing ovation after Smith had slapped Chris Rock as an “aberration.”

“I think that these people saw the person that they know and were hoping that somehow someway this was an aberration,” Packer continued, noting that they hoped it was a “bit” concocted by Smith and Rock.

“I don’t think that they were people applauding anything about that moment. All these people saw their friend at his absolute worst moment and were hoping they could encourage him and lift him up and he would somehow make it better.”

Which Smith did, at least according to Packer. When the “King Richard” star accepted his Oscar statue, he apologized to everyone — except Chris Rock. 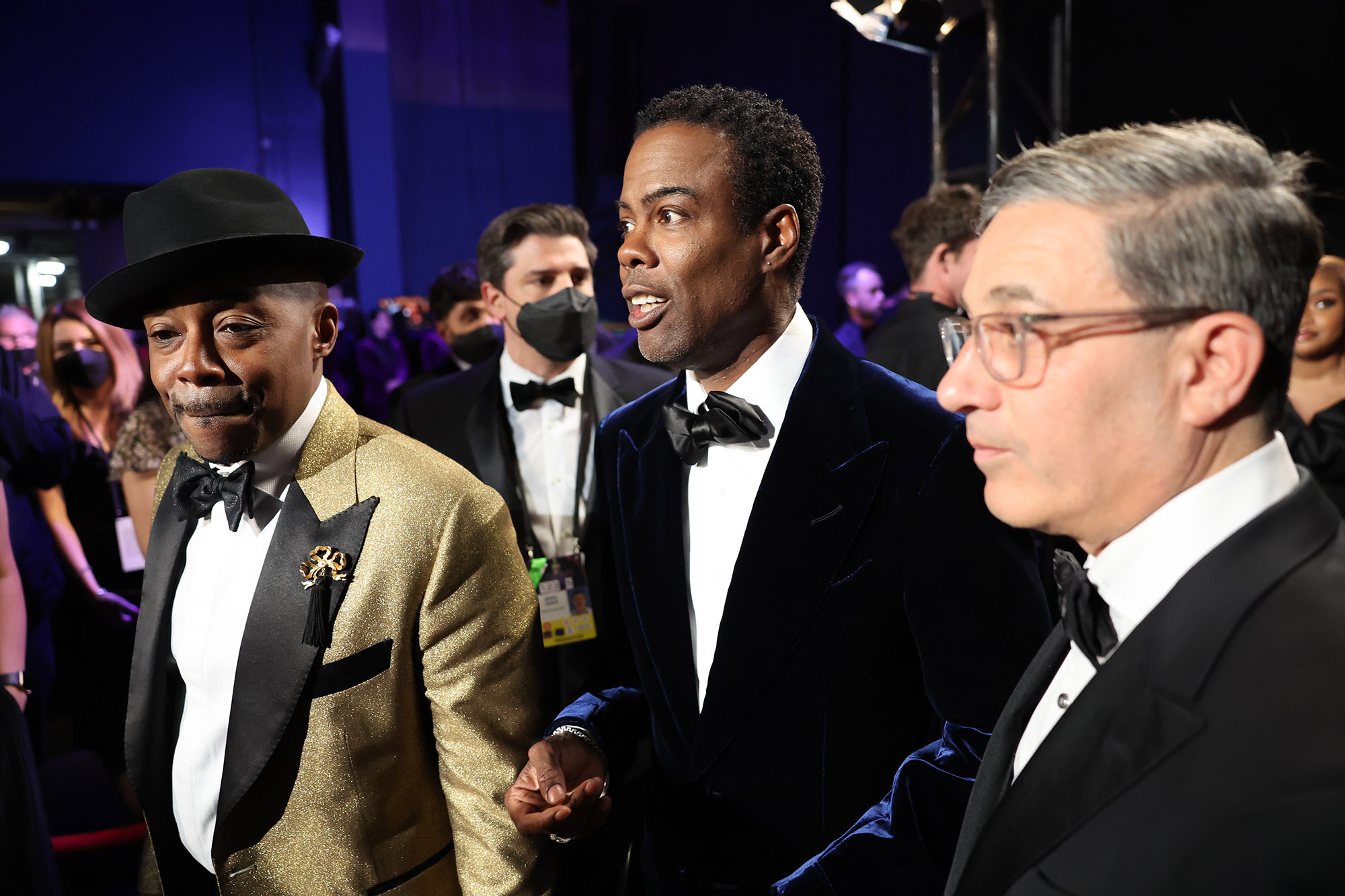 “If he wasn’t going to give that speech, which made it truly better, then yes, then yes, yes, because now you don’t have the optics of somebody who committed this act, didn’t nail it in terms of a conciliatory acceptance speech in that moment who then continued to be in the room,” Packer said.

Despite thinking Smith’s on-stage apology made the situation “truly better,” he admitted that the slap ruined the night.

“[The energy] was sucked completely out of it,” Packer said. “It was like someone poured concrete in that room. It was this feeling of what just happened? Is this real? How am I supposed to react, so it sucked the life out of that room and it never came back.”

Earlier in Packer’s interview, the producer said he was “not part of” conversations about asking Smith to leave.