Allison P. Davis, from California, set tongues wagging on Monday when The Cut published an interview between herself and the Duchess of Sussex, who once again took furious aim at the royal family, while also sharing gushing anecdotes about her and Harry’s marriage and new life in California.

But as it turns out, Davis is no stranger to pushing boundaries when it comes to her writing, which – in addition to celebrity interviews with the likes of Jada Pinkett Smith and Gwyneth Paltrow – has largely focused on one salacious topic: sex. 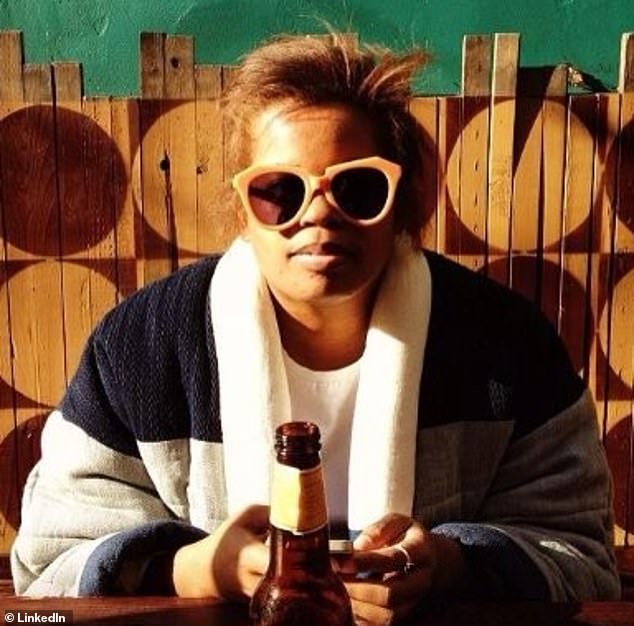 Allison P. Davis, from California, stole the hearts of Harry and Meghan fans when she wrote about their love story in Meghan’s latest interview 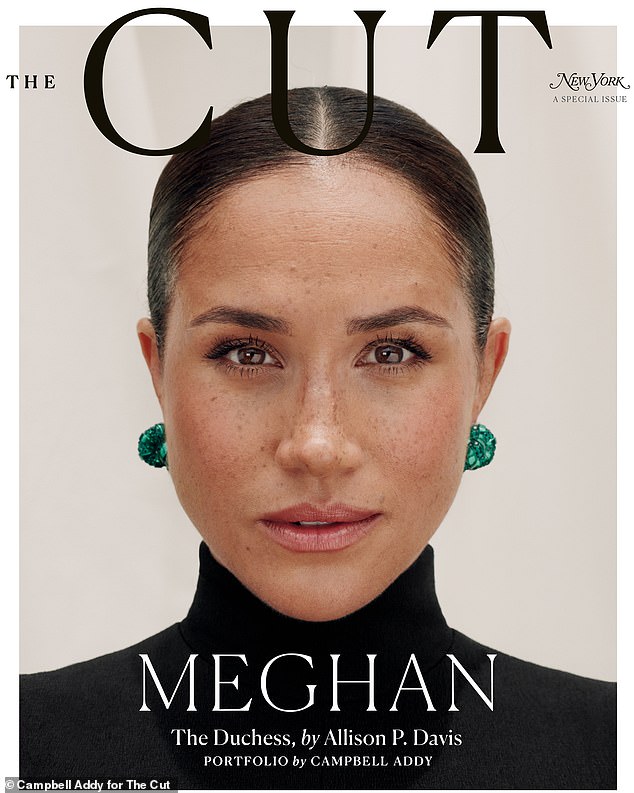 Despite capturing the princess and prince’s storybook love story, the writer isn’t much of a romantic herself and is known for her sex-focused writing 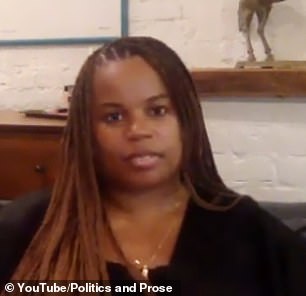 In addition to her sex book, the writer has candidly spoken out about her own romantic life, even sharing on her social media that she often yells ‘about sex’.

She tweeted: ‘Another day, another phone interview in a hotel lobby where I’m yelling about sex and scaring off people innocently having their breakfast.

A few weeks ago, the writer published a piece where she admitted she’s been on Tinder for a decade and has had some ‘bad sex, meh sex, do-it-for-the-story sex, occasionally good sex, and sometimes sex that’s made me need to take a break from sex.’

She also revealed that she frequents dating apps Tinder, Bumble, Raya and Hinge all looking for sex, admitting she’s having sex ‘again and again’ and has even ‘slept with someone and rematched with renewed interest.’

In her Tinder tell all, the writer said: ‘The longest-term relationship I’ve had from Tinder is with Tinder itself.’

Davis even spilled on her dirty little secrets sharing that she slept with a man who yelled ”’that’s sick”, when he came.’

The writer called the app ‘Seamless for sex’ and recounted the ‘dozens’ of men she had pursued, even calling referring to them as characters in ‘seasons.’

She’s also written many other raunchy pieces including one titled In the Future, You Can Make Out Anywhere, where she talks about ‘people pressing their tongues together.’

In one piece titled Dating in Captivity, she detailed how readers should ‘reinstall Tinder,’ or ‘join a virtual sext bunker.’

Davis focuses on life inside the bedroom and even appeared on the Maybe Baby podcast to discuss ‘pursuing pleasure.’

And of course, she sat down with Gwyneth, 49, who has released a laundry list filled sex toys that claim to help you achieve the best orgasm.

Davis sat down with actress and asked her how to ‘Goop your way to better orgasms.’

Gwyneth and Davis spoke about the ‘best sex tips,’ how to have ‘better orgasms,’ ‘sexual awakenings,’ and ‘sex therapists.’

Ironically, the interview with Goop’s founder mirrors Meghan Markle’s, as the princess was once compared to the sex and self-obsessed Gwyneth with her old blog The Tig.

Meghan amassed millions of followers, all waiting on the edge of their seats for her to post snippets of her life.

From yoga poses to her meals and Suits premiers, fans followed the actress every step of the way years before she even met Harry.

And although Goop has elicited many eye-rolls for their unsolicited sex advice, unlike Tig, they have yet to shut down.

Meghan ultimately shut down her blog due to ‘intense media scrutiny’ that threatened her peace.

Despite her obvious sex-obsession, Davis has made it clear she’s not afraid to share her raunchy personality and amassed thousands of followers for her work with a variety of celebrities.