Yes, That Was a Coffee Cup in Game of Thrones, and No, We Can't Stop Laughing 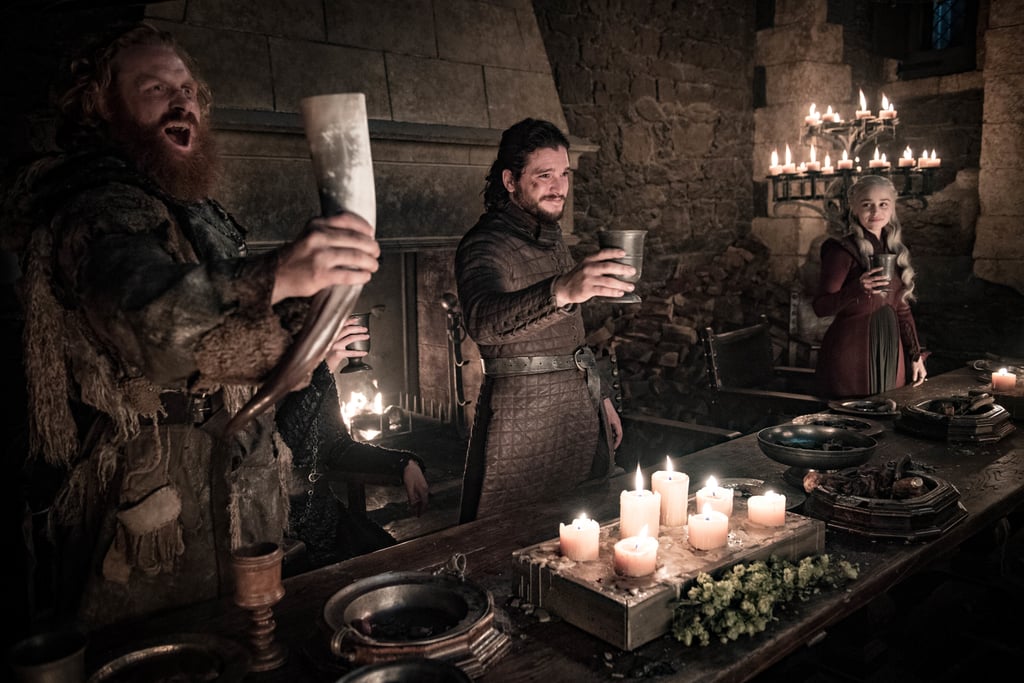 Yes, That Was a Coffee Cup in Game of Thrones, and No, We Can’t Stop Laughing

Consider this your obligatory Game of Thrones spoiler warning!

If you caught the most recent episode of Game of Thrones on Sunday night, the episode titled “The Last Stark,” then you’re likely still reeling from the tragic losses of both Missandei and Daenerys’s dragon Rhaegal (as well as those tearjerking goodbyes to Tormund and Ghost). But amid all the trauma and sexy times was a very, very unexpected cameo from . . . drumroll please . . . a Starbucks cup. Did you catch it?

Shortly after the episode begins, we see the surviving forces at Winterfell drinking and celebrating in the castle’s great hall. Tyrion is going around forcing people to drink way more wine than they should, Gendry only has eyes for Arya, and the Hound is glowering into his food. So, all is pretty standard. But then, during a joyful moment when Tormund tries to get Jon to take a celebratory chug at the big table, the camera catches Daenerys in the background raising her glass of wine in a toast. And what’s in front of her? A white coffee cup.

Although there’s been some debate as to whether or not the brand of the coffee is actually Starbucks — some people have been arguing that it’s the plain white cup frequently provided by craft services on TV sets — there’s no denying that the style of cup definitely hasn’t been invented in Westeros yet. Read on to see its surprising cameo, as well as some hilarious reactions from fans.