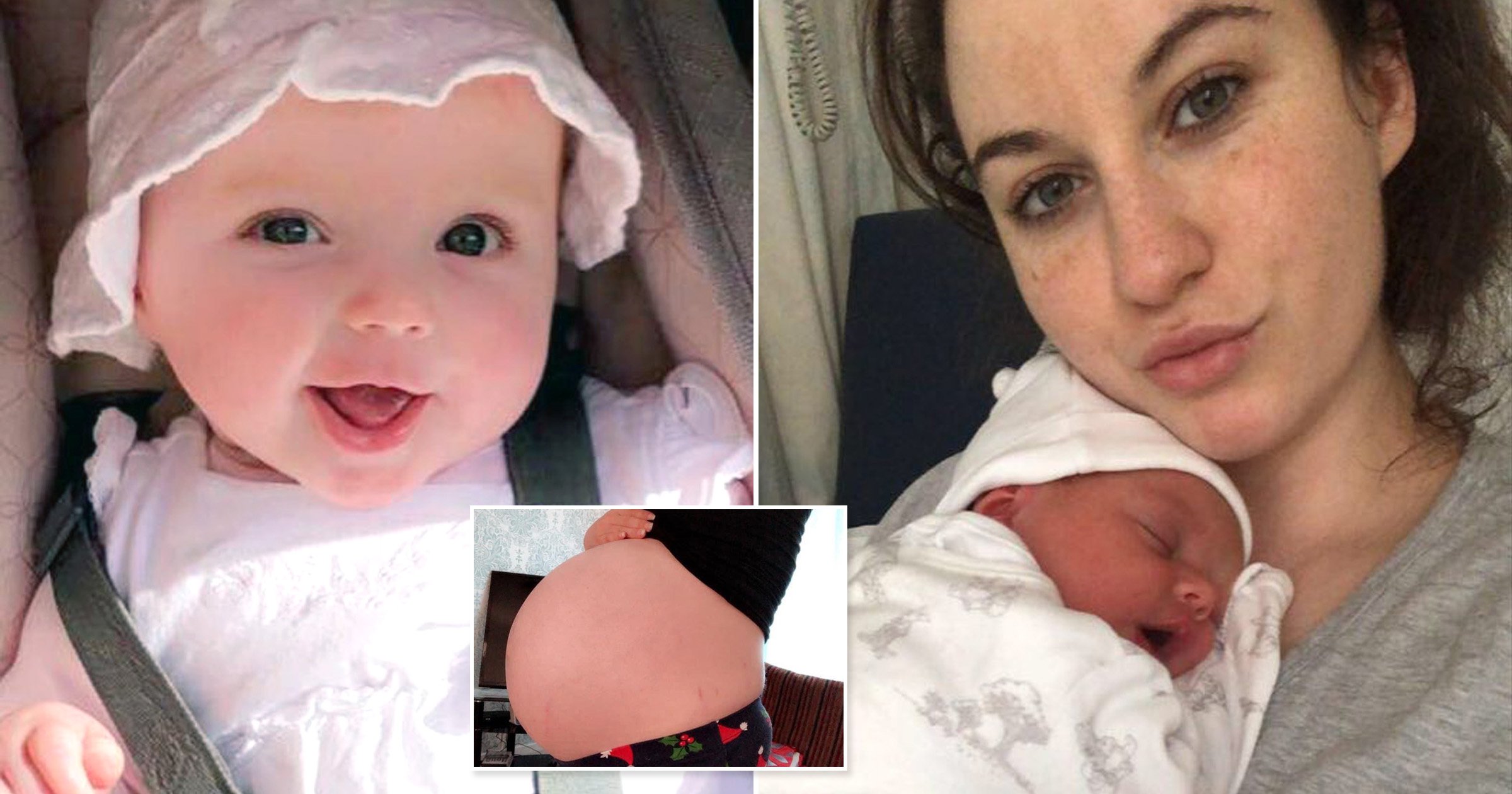 A young mum has finally welcomed a miracle daughter after enduring six miscarriages.

Shannon Reed, from Northumberland, also revealed how a psychic predicted her heartache – and has told her that she will have another baby.

Shannon, who is now 27, was just 20 when she first fell pregnant, and was devastated when she miscarried weeks later.

In the years that followed, she lost another five babies, and was diagnosed with antiphospholipid (APS) – also known as sticky blood syndrome – an autoimmune condition which causes the body to mistakenly attack healthy tissue.

Despite being warned by doctors that she may never be able to have a baby, in October 2019, Shannon welcomed a little girl, Liaarni.

Now, looking back, she believes a psychic foretold the miscarriages – and has also predicted another child in her future.

‘Some people don’t believe in stuff like that, but it makes me feel better and gives me peace of mind.’

In 2015, after her third miscarriage, a psychic told Shannon she wasn’t going to have a baby for four years, even though she had been falling pregnant a lot.

‘I remember thinking, “That can’t be right.” It’s only after having Liaarni that I looked back and realised he’d predicted everything,’ she says.

‘So, I had to go back to him to see what he would say. I had another reading a few weeks ago, and he told me that I’m going to have another baby.’

Shannon’s journey to motherhood began in August 2014, when she discovered she was pregnant for the first time.

She adds: ‘It was certainly a surprise. I hadn’t been trying for a baby, but I’ve always been maternal, and felt ready to be a mum.’

But her excitement was short-lived, and she sadly miscarried just six weeks later.

According to the charity Tommy’s, an estimated one in four pregnancies end in miscarriage, which usually occurs in the first 12 weeks.

‘Doctors told me it was normal,’ says Shannon.

‘It’s hard to explain. Once I’d lost one baby, it was like something was suddenly missing.

‘My maternal hormones had gone into overdrive and I was desperate to have a child.’

‘After the five losses, I split with my then-partner. The heartbreak was too much to keep the relationship together,’ she says.

In time, Shannon met a new partner, who she is no longer with, eventually falling pregnant for a sixth time in August 2018.

This time, she made it to 12 weeks – but tragically she discovered during her scan that she was miscarrying.

‘The woman said she had to get a doctor. I’d miscarried during the scan,’ she says.

‘I think that made the heartbreak worse. I’d let myself get my hopes up.’

In a bid to find out why history kept repeating itself, medics ran a series of tests, and in late 2018, Shannon was diagnosed with APS.

According to the NHS, the condition increases the risk of blood clots, and can lead to complications like recurrent miscarriages.

It is also thought to increase the chances of clots forming in the placenta, which can cut off blood supply to the baby, or prevent them from attaching properly to the womb lining.

‘The doctors said that, due to the syndrome, it was very unlikely if I was to conceive again that I’d be able to carry to full term,’ says Shannon.

Testing also discovered that the sixth baby Shannon lost had been a boy, who she named Richard Junior, or RJ for short.

‘I felt like giving up at that point,’ she says. ‘I finally had an answer to why I kept losing my babies, but I wasn’t any closer to a solution.’

Heartbroken, Shannon decided to stop trying for a baby.

But in February 2019, she discovered she was pregnant for a seventh time, completely by chance.

‘I kept thinking a miscarriage was going to happen,’ she says. ‘Every time I went to the toilet I expected to be bleeding, every time I got up off the sofa, I thought I’d find blood.

‘When I reached the 12-week mark, I assumed it’d be any day. Every scan was nerve-racking, just waiting to hear the heartbeat.’

At 15 weeks, Shannon had a poignant dream about being pregnant with a daughter name Liaarni.

The following week, she paid for a private gender scan, which revealed that she was, indeed, expecting a little girl.

As her pregnancy was high-risk, doctors saw her every three weeks to monitor the baby’s progress.

‘I really wanted to start shopping for the baby and getting the nursery together but I held off.

‘I’ve made that mistake in the past, getting excited and going on a spending spree for the baby, only to lose it, so I wanted to be cautious.’

‘I couldn’t believe she was real and here, finally, after all this time of wanting her,’ says Shannon. ‘I’d been through so much, losing all those babies and burying my little boy.

‘I hadn’t allowed myself to get excited, not when my body was fighting off every pregnancy I had. So, when Liaarni arrived, it was like a miracle.’

In October 2020, little Liaarni celebrated her first birthday, and she is now learning to walk and talk.

Though keen to give her girl a sibling, Shannon is apprehensive about the potential complications of another pregnancy and has not yet decided whether she will try again.

‘The psychic has been right so far, but I still have my doubts,’ Shannon adds. ‘I think when you been through this many miscarriages those doubts will never go away.

‘My little girl was worth all the heartache before. She’s all I ever wanted.’

Do you have a story to share? We want to hear from you.

Get in touch: [email protected]