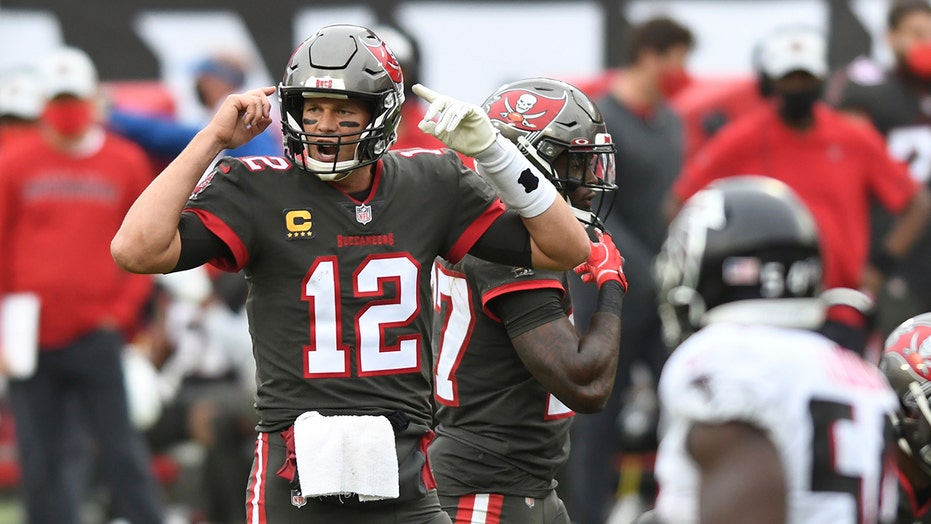 The Kansas City Chiefs will look to do what only the New England Patriots have been able to accomplish since 2000 – win back-to-back Super Bowls.

The Chiefs have home-field advantage in the AFC playoffs and won’t have to play for two weeks as they get ready to defend their Super Bowl title. But there are plenty of challengers in their way as the playoff picture was set in stone Sunday.

Since 2010, the Green Bay Packers, Baltimore Ravens, Seattle Seahawks and the Chiefs have all won Super Bowls. Those teams will be vying for another title this season. The New England Patriots, who have made the playoffs all but one season since 2001 missed the playoffs

The Chiefs and Packers both have first-round byes and will face the lowest-seeded team in next week's divisional round.

The matchups and games are set for next week. 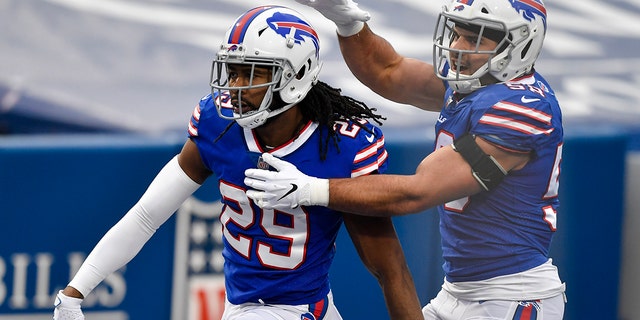 Buffalo Bills cornerback Josh Norman (29) celebrates his touchdown with outside linebacker Matt Milano (58) in the second half of an NFL football game against the Miami Dolphins, Sunday, Jan. 3, 2021, in Orchard Park, N.Y. (AP Photo/Adrian Kraus)

(2) BILLS VS. (7) COLTS: The Bills and Josh Allen will look to continue their incredible season as Philip Rivers will get another shot at Super Bowl glory with the Colts. Buffalo lost in the wild card round last year while Indianapolis hasn't been to the playoffs since the 2018 season. (Saturday, 1:05 pm ET, CBS)

(4) TITANS VS. (5) RAVENS: The Titans won the AFC South for the first time since 2008 and will try to carry some momentum into the playoffs against the Ravens. The Ravens will be looking to avenge last year's divisional-round loss to the Titans. Tennessee got as far as the AFC title game, only to lose to the Chiefs. (Sunday, 1 pm ET, ESPN) 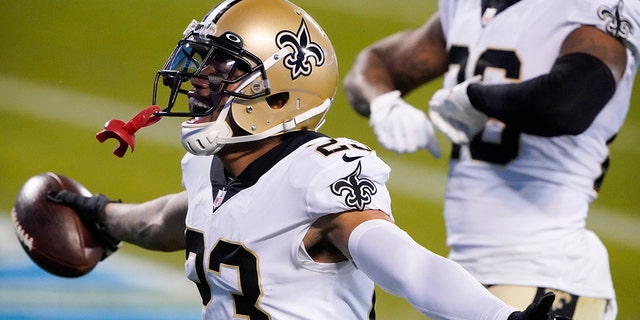 New Orleans Saints cornerback Marshon Lattimore celebrates after an interception during the second half of an NFL football game against the Carolina Panthers Sunday, Jan. 3, 2021, in Charlotte, N.C. (AP Photo/Brian Blanco)

(2) SAINTS VS. (7) BEARS: The Saints miss out on a first-round bye but now have bigger fish to fry. New Orleans was sent home early last season due to a Vikings upset and will look to rectify that against the Bears. Chicago is coming into the game winners of three of their last four. The Bears are a confusing team and will need the defense to really step up in this game. (Sunday, 4:40 pm ET, CBS)

(3) SEAHAWKS VS. (6) RAMS: The Seahawks and Rams will play in the wild card playoffs. The NFC West rivals split their season series. Seattle has looked dominant at times but has sputtered in some games. The Rams would like to be fully healthy for their first playoff appearance since Super Bowl LIII. (Saturday, 4:40 pm ET, FOX)