ANDRE ONANA'S attempt to waste time backfired when Lucas Moura scored the winner just one second after stoppage time should have ended.

The Ajax goalkeeper's best efforts were not enough to stop Tottenham from booking their spot in the final after an unthinkable comeback. 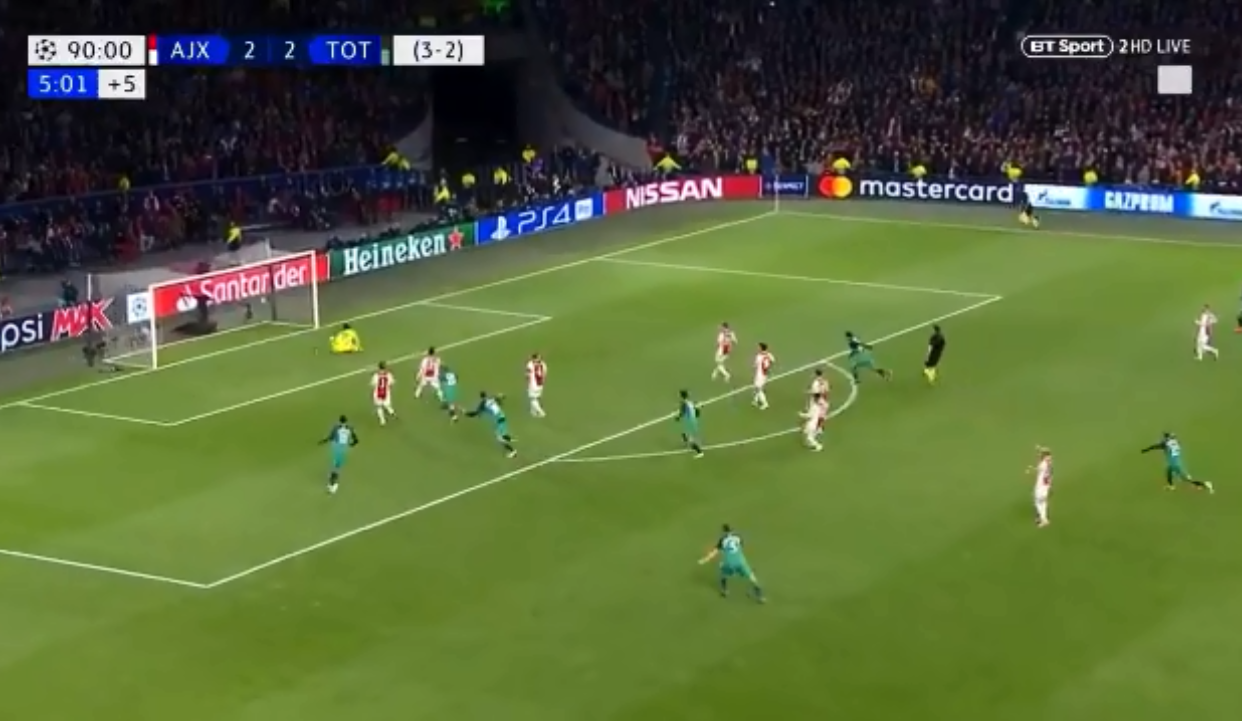 The score was locked at 2-2 in the dying stages of the game after a masterclass from Moura put Spurs back in the game.

Ajax were still on track to go through after their 1-0 win in the first leg made it 3-2 on aggregate.

In the fifth and final minute of stoppage time, Onana purposely took around 30 seconds to collect the ball.

The nine-cap Cameroon international was booked and Tottenham were given the chance to have one final attack.

After five minutes and one second of added time, Moura completed his hat-trick with the final kick of the game to send them through on away goals.

As the Spurs squad raced off to celebrate, Ajax's players remained in formation as they collapsed to the ground in disbelief.

Even crocked Harry Kane raced onto the pitch to celebrate with his team-mates after the final whistle.

Onana's time-wasting tactic backfired, but the 23-year-old proved why he has attracted interest from the likes of Barcelona.

The Cameroonian star made brilliant saves to deny Dele Alli, Son Heung-min, Lucas and Christian Eriksen during the tie.

After the match, he posted a picture of himself laying flat on the ground after Moura's winner with a heartfelt caption.

He wrote: "Heartbroken, but this is the game we all love and it has been an unforgettable Champions League campaign.

"We must remember our season isn't over yet, two final to go for the league and focus will not be lost now." 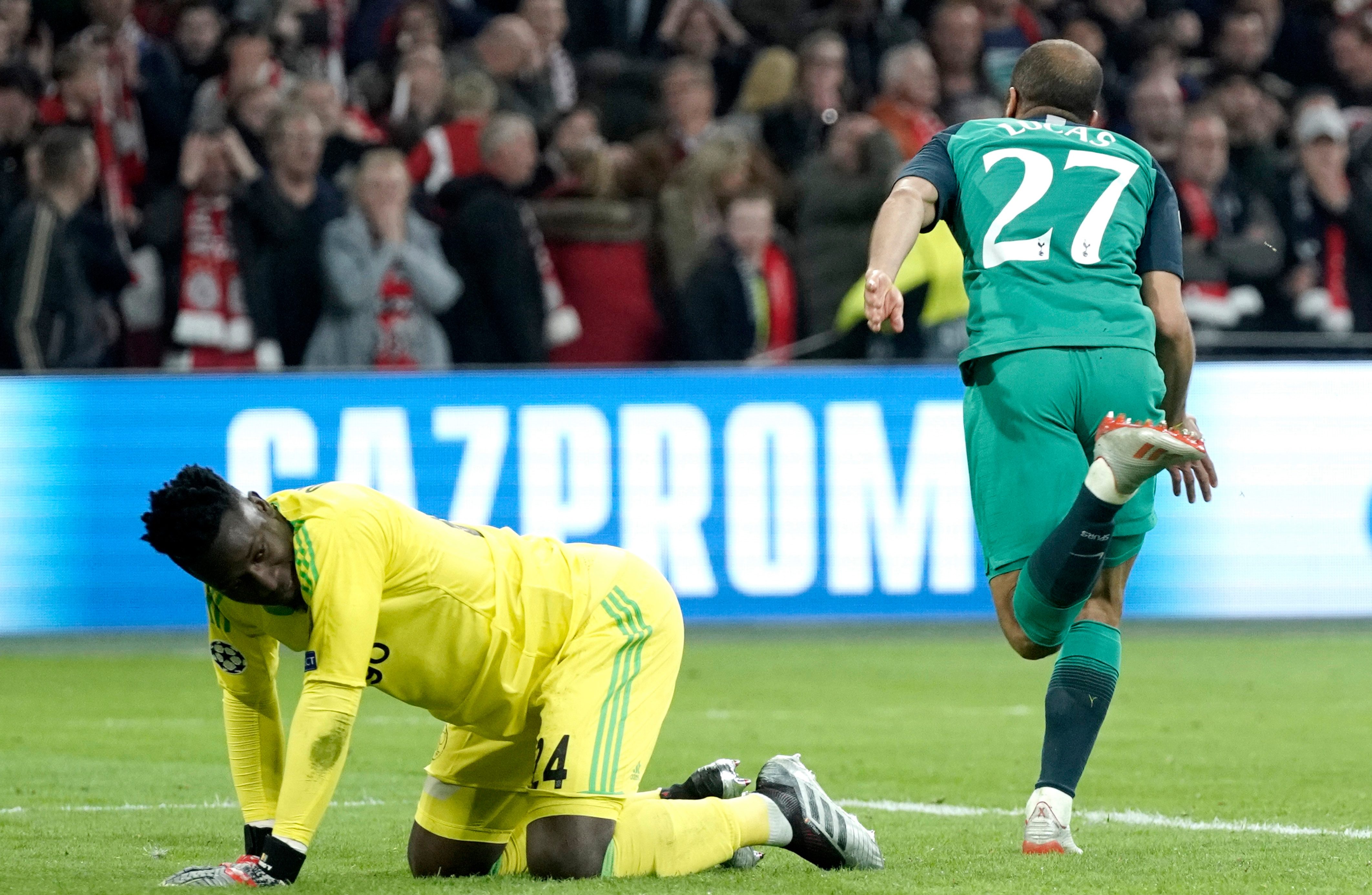