FERNANDO ALONSO had a lucky escape after crashing into a wall and wrecking his car during Indy500 practice.

The Spaniard, 37, was fortunate to be able to get out unassisted after the worrying collision at the Indianapolis Motor Speedway track. 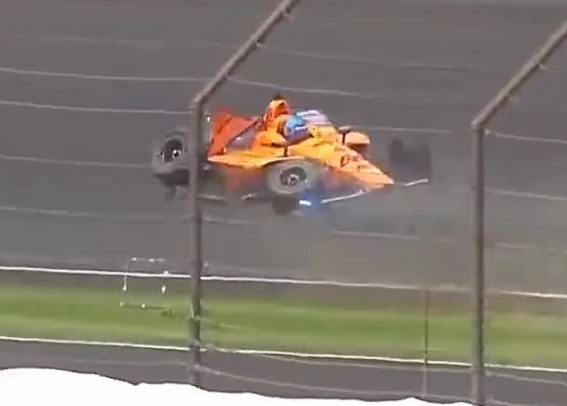 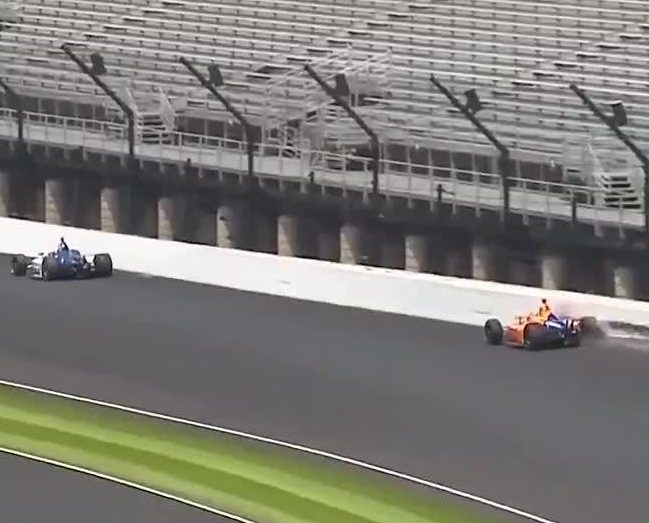 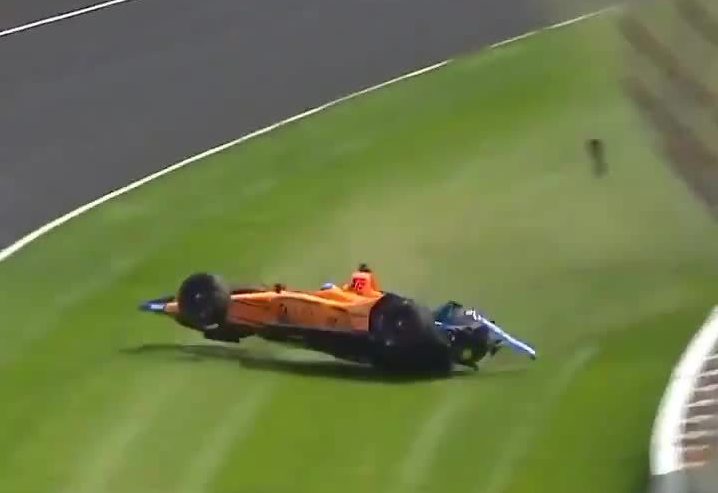 Following Graham Rahal, he misjudged Turn 3 and clipped the wall with the right side of his car.

That then caused Alonso to career across the track and at the same time spin 180 degrees as he headed over the grass before hitting the other wall with the back of the car.

Still travelling at a rapid speed, the McLaren vehicle appeared to come off the ground temporarily and flew back across the track, colliding with first wall again.

This sent him hurtling down the track backwards with his car smoking, the spoiler ruined and the wheels completely mangled – fortunately he did not hit any other cars in the crash.

It finally came to a halt near Turn 4 but he did not immediately respond to his team radio before his lucky escape.

Alonso went to a medical centre to be checked over and is understood to have been given the all clear, thankfully.

His car, however, was lifted away and was a complete write off.

The two-time Formula One champion took to social media to send his apologies for the error and promised fans he will make a speedy return.

He said: "Mistake from my side underestimating the grip in T3 today. I’m sorry for the team and the guys that have to work a lot now.

"Lesson learned. We will be back stronger later today or tomorrow. "

Practice for the 200-lap, 500-mile race, which is held on May 26 and lasts more than three hours, started yesterday with time trials set to take place this weekend. 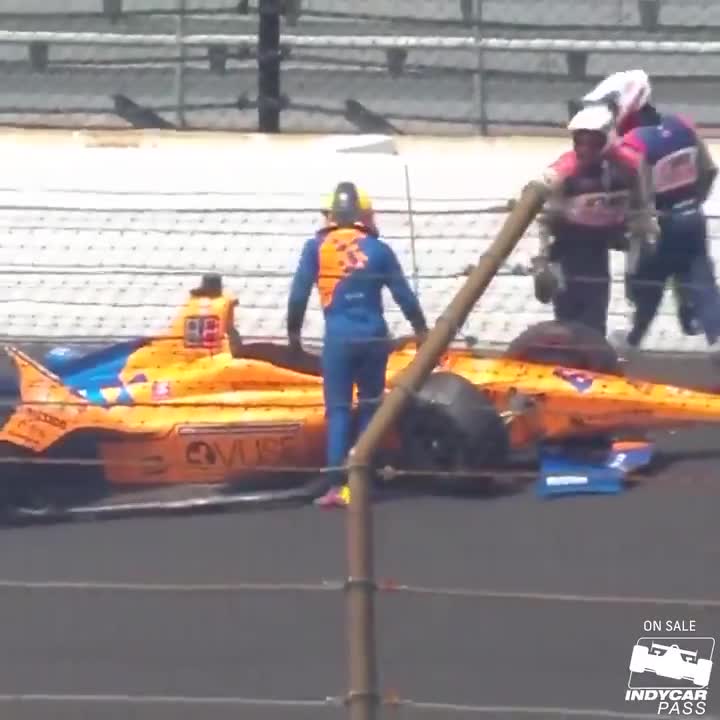 Mistake from my side underestimating the grip in T3 today. I’m sorry for the team and the guys that have to work a lot now. ? Lesson learned. ? . We will be back stronger later today or tomorrow. #indy500