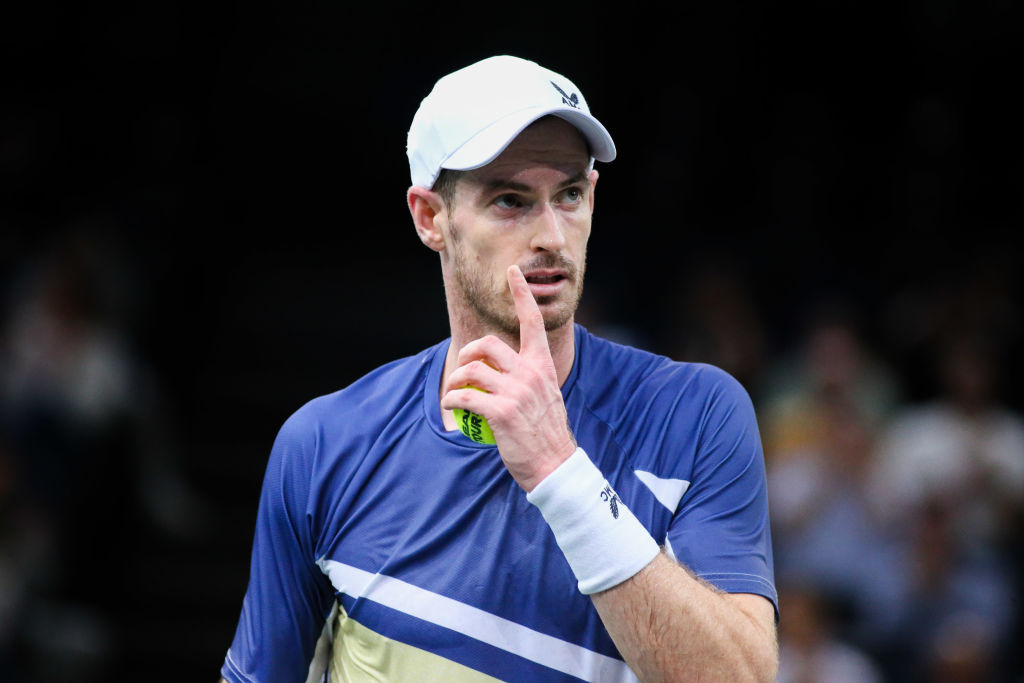 Andy Murray has provided a brutally honest reason as to why he has struggled for form since Wimbledon 2022.

The 35-year-old plays with a metal hip and had been on a resurgence from injury in the first half of the year – reaching two ATP Tour finals in January and June respectively – but lost in the second round at this year’s Championships.

That defeat was inflicted by John Isner and Great British legend Murray has not been able to replicate his early-season form in the second half of 2022 as he suffered a disappointing first-round exit at the Paris Masters on Monday.

The two-time Wimbledon champion, who also won the US Open in 2012, has admitted that he has not been working hard enough and that it has nothing to do with injury problems, pointing more towards his lack of time working in the gym.

‘It’s nothing to do with my hip,’ former world No.1 Murray, who broke back into the world top 50 earlier this year, said. ‘I just think the reality is I need to work harder.

‘I’ve not really done much since the US Open, like, physically in the gym, or anything.

‘From an endurance perspective, that’s something that, for a large part of my career, I kind of pride myself on – being there right to the end of the matches, and being able to maintain a high level physically.

‘I haven’t done that at all since… well in any of the tournaments since Wimbledon really, except New York. That needs to change.’

Murray has also once again spoken about his plans to retire from tennis, admitting he cannot ‘play forever’.

‘I’m aware that I’m not going to be able to play forever,’ Murray told Eurosport. ‘I know that.

‘From this year, the way people finish is different for everyone. It’s very rare that you get a perfect ending.

‘Serena [Williams] had a good run at the US Open, played well and had some great results.

‘Roger [Federer] finished on the same side of the net as his biggest rival [Rafa Nadal for Team Europe at the Laver Cup in an emotional doubles match].

‘So there are all different ways of doing it and there is no right way, there is no wrong way and there is no perfect way to finish, and it is just what feels right for you. Who knows when that will be [for me]?

Murray said in July that was open to the idea of one day coaching British compatriot Emma Raducanu, who is currently seeking a new coach.