ANDY RUIZ JR warned Tyson Fury his WBC belt is the one he is waiting for to complete the heavyweight collection.

Ruiz earned the WBA, IBF and WBO titles in June 2019 after he stunned Anthony Joshua in defeat. 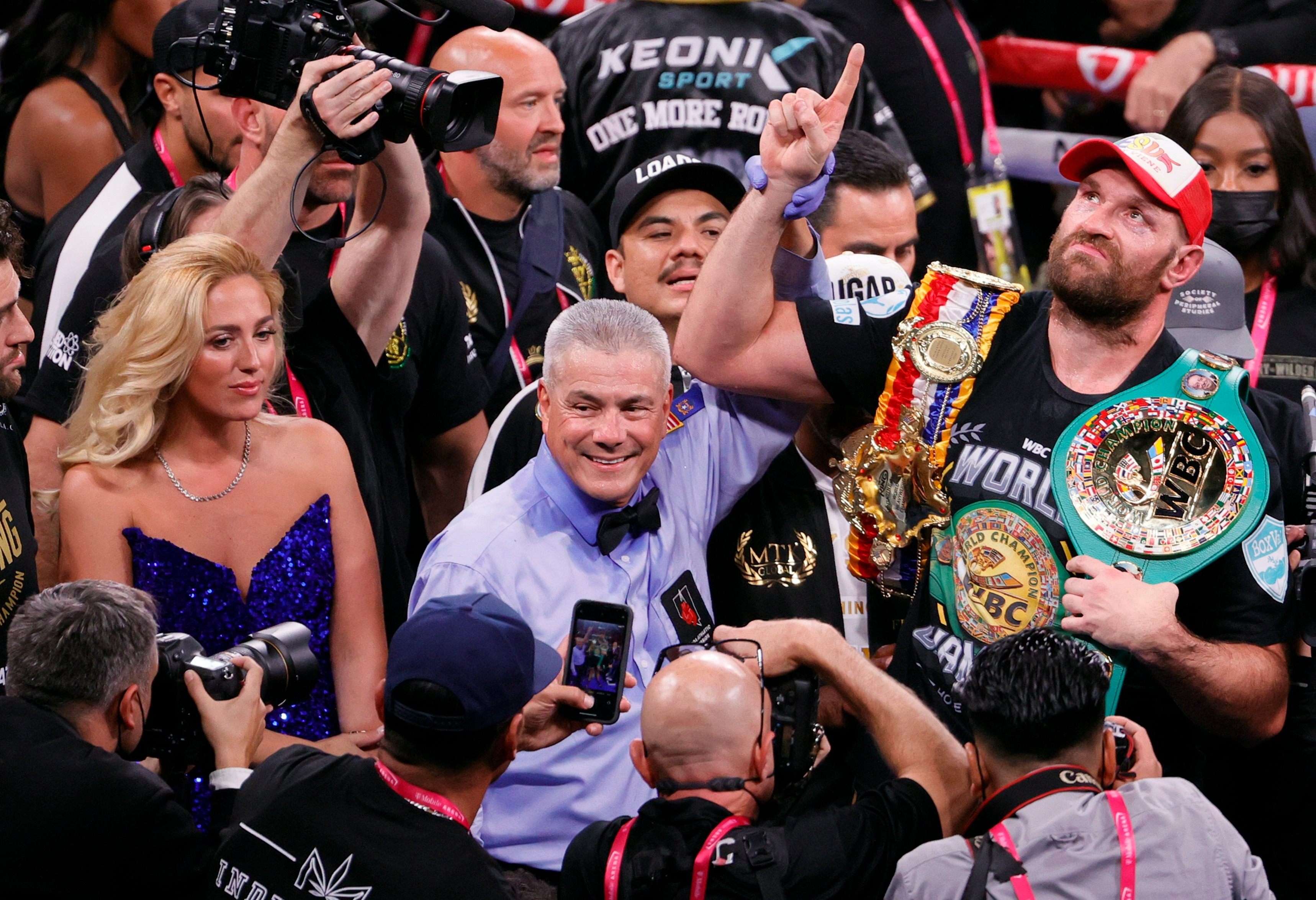 But only six months later, following a period of partying and not training, the outsider lost them in a flash after being outboxed for 12 rounds.

Ruiz has since linked up with Canelo Alvarez's esteemed coach Eddy Reynoso and bounced back with a win in May.

And he was ringside to watch Fury's gruelling trilogy win over Deontay Wilder, and fancies a crack at the WBC belt, which has Mexican roots like himself.

Ruiz, 32, told BT Sport: "So that's exactly why we came over here, I'm just waiting until everybody eliminates each other.

"And here I come, baby. That's exactly the belt I'm waiting for, you know. I got all the belts except the WBC so that's exactly what I'm praying for."

Ruiz beat veteran Chris Arreola, 40, and is in talks to return by December.

Fury, 33, already knows he will face the either Dillian Whyte, 33, and Otto Wallin, 30, with the winner automatically WBC mandatory challenger.

Meanwhile Joshua, 31, lost to Oleksandr Usyk, 34, and his promoter Eddie Hearn confirmed his right to a rematch has been invoked.

It means Fury would face an extended wait to fight for the undisputed crown, but titles and rivals were put to the back of his mind after the 11 epic rounds with Wilder, 35.

He said at the post-fight press conference: "We will see, I have just earned a break.

"I have been home two weeks in six months so I am going to bask in this victory – I am the big dog in this division.

"One of the heaviest in history at 277lbs. We will just see what tomorrow brings."