ANTHONY JOSHUA is fighting to keep amateur British boxing alive as payback for the sport keeping him out of prison.

The WBA, IBF and WBO heavyweight champion of the world is making a sizable donation to the English, Welsh and Scottish federations after the Government snubbed the sport in its £300million pandemic bailout. 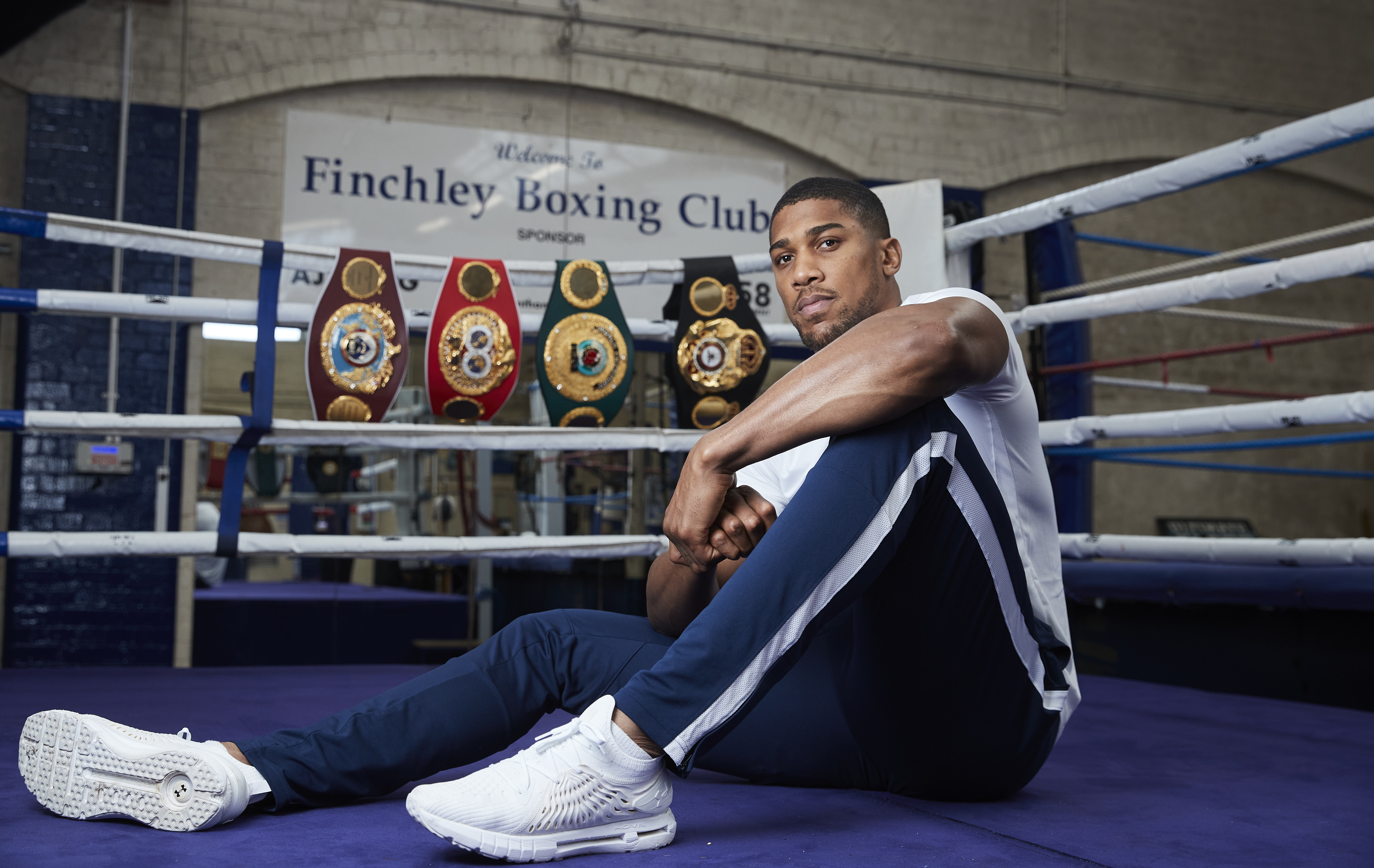 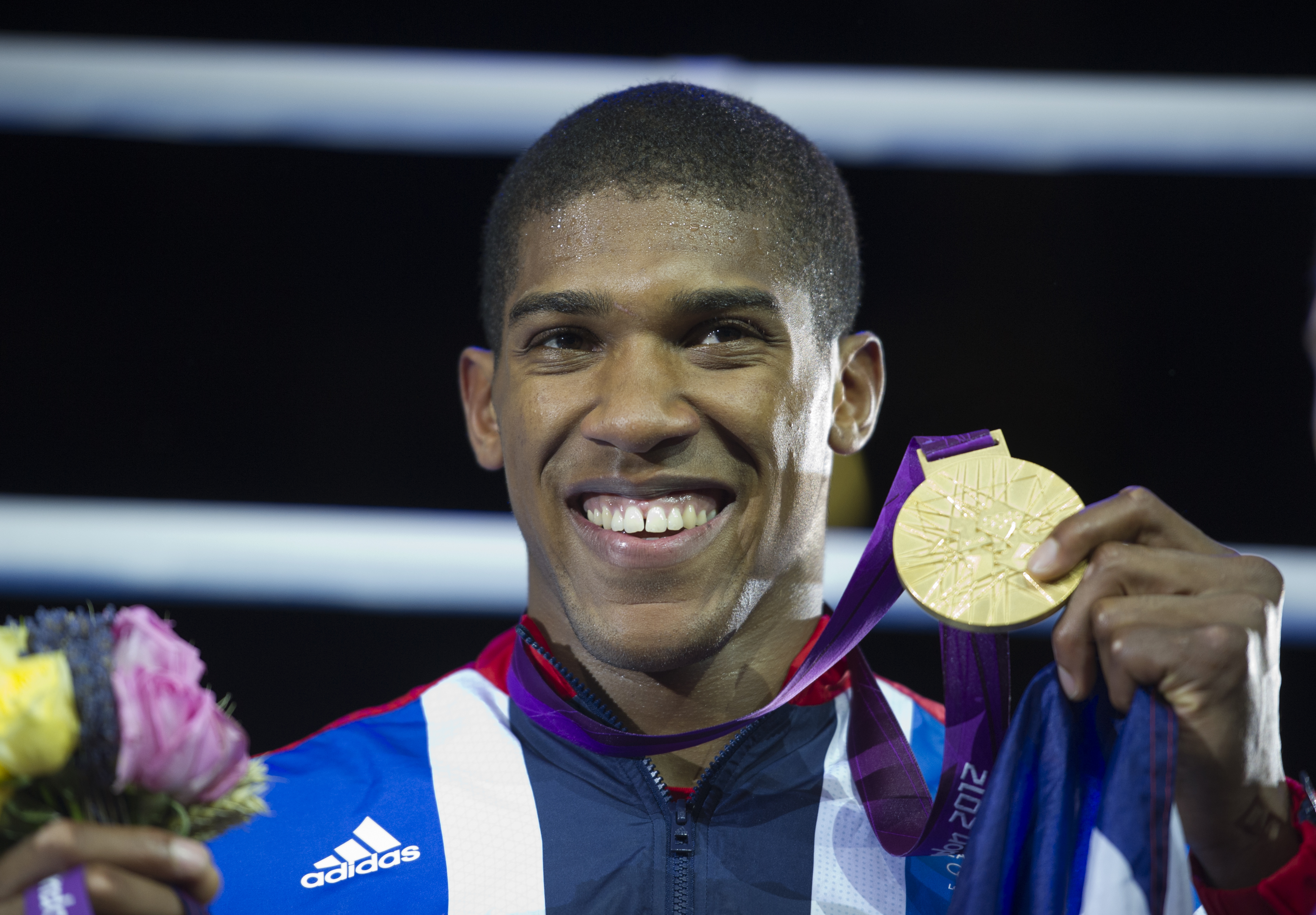 While the likes of motorsports and badminton cashed in, hand-to-mouth clubs in some of the nation’s most deprived areas – that offer so much more than exercise classes – have been forced to close.

So AJ, who copped a community service order in 2011 for possession of cannabis before mentor and Finchley ABC boss Sean Murphy saved his life, is going into his own pockets to save the grassroots sport.

Speaking over Zoom at the North London community hub he still trains at, Joshua said: “What would have happened if Finchley had been closed down back then? My trainer Sean is here and he says I would probably have been doing time.

“I wasn’t a bad kid! Sean says I just had some bad people around me!

“I remember I got kicked off the Olympic squad in 2011 and I gave up on boxing.

“I started going back to my local area, I started smoking again. Sean rang my mum and said ‘Where’s your son? He’s messing around. Get him back here to the gym’.

“That shows how important it is not just to have the gyms open, but access to people from an older generation who can give you a sense of wisdom, a sense of belonging and guidance. That’s also important.”

Joshua and his management team are deep in the process of negotiating a two-fight deal with fellow Brit Tyson Fury, that could generate up to £500million, with hope that at least one of the bouts will happen in front of 90,000 fans at Wembley.

The rivalry would be the biggest in British boxing history and bring windfalls to businesses all over the country.

And AJ wants the politicians, who diverted funds to horse and greyhound racing and ice hockey ahead of amateur boxing, to remember where our Olympic fight heroes and money-spinning world champions come from.

“Professional boxing has found a way to survive and that’s brilliant,” he said.

“You’ve got myself and Tyson Fury, two of the world’s best heavyweights in the UK, and whether you’re from a privileged background or not, you want to see that fight.

“Boxing produces some of the best athletes this country has ever seen.

"If me and Tyson Fury fight, which I’m sure is going to happen, it’s going to be one of the biggest sporting events in this country since the World Cup.

“I’m in the grassroots gym which made me and it’s struggling. There was £300million given to sport and, in grassroots sport, just £3,000 makes a difference.

“Hopefully this will raise the eyebrows of the people in power and next time they will put some money towards boxing.”

After blowing away Kubrat Pulev on December 12, AJ refused to make a song and dance about the potential Fury fight, having been burned by the failed campaign to box Deontay Wilder when he had the WBC crown.

But Fury has been on a couple of TV talkshows, singing and dancing for Jonathan Ross, trying to talk up the fight.

AJ won’t play the fame game but vows the real talk is happening behind the scenes and the only announcement to believe will come from his lips.

He said: “I promise you conversations are happening. We’re definitely looking at the landscape. But until you hear it from me, don’t buy into anything.

“I'm serious about the fight so when I announce it you'll know it's real.

“That's why I'm taking my time, because there has been a lot of back-and-forth for years.

“I've been chasing this round to undisputed and, when the time is right, I'll announce it and I'll have my mind fully focused on the job at hand.”