THE dreaded Drake curse struck once again – and this time it was Anthony Joshua who felt the full force.

AJ lost the first professional fight of his career as he was stopped in the seventh round by Andy Ruiz Jr. 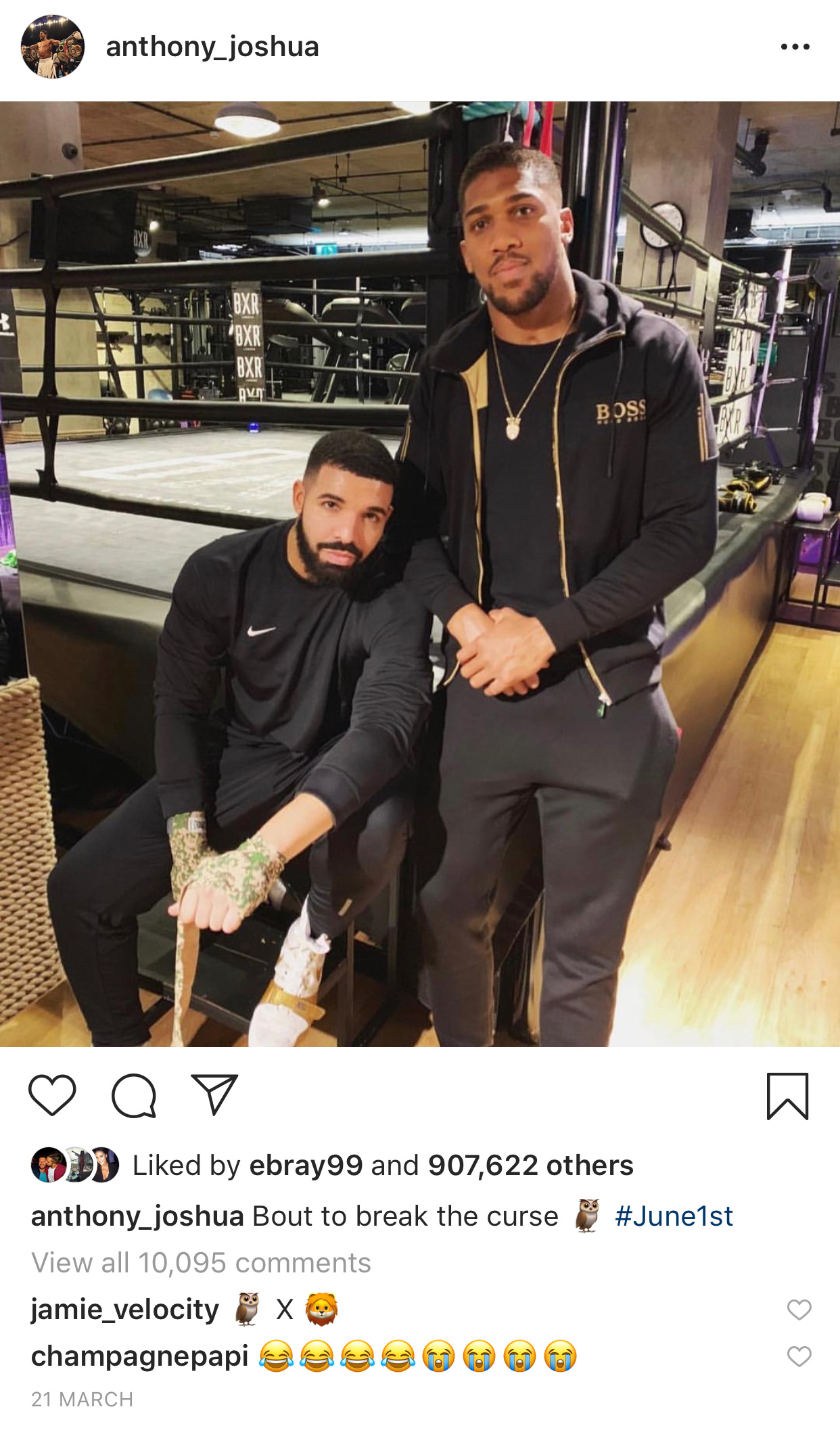 He was floored FOUR times in the bout before the referee decided enough was enough.

It means the heavyweight star has lost his WBA, IBF, WBO and IBF world titles – but is expected to take a rematch with the Mexican-American later this year.

And salt was rubbed into the wounds after Joshua claimed he would "break the curse" – with sporting stars suffering defeat after posing for photos with Drake.

AJ's somewhat cocky post on March 21, captioning a photo with the rap star in the gym, said: "Bout to break the curse #June1st"

But it came back to bite him as Ruiz inflicted one of the greatest shocks in boxing history on the Brit.

And plenty were quick to remind AJ of his bold prediction, with comments flooding in on his Instagram.

One said: "I think the curse is real now."

Victims of the Drake Curse

2013: Toronto Raptors make Drake their global ambassador and earn a reputation for choking in big games

2015: Serena Williams shocked by Roberta Vinci in US Open semi-final

2016: Quarterback Johnny Manziel drops out of NFL having previously been a first-round draft pick

2019: Sergio Aguero misses a penalty as City lose to Tottenham in the Champions League

Another joked: "The curse is unbreakable," while others posted a series of laughing emojis.

And one added: "Thank you for being a good sport about this but you gotta get these jokes man I’m sorry."

Joshua, 29, joked last month that he would ban the Canadian star, 32, from his locker room at Madison Square Garden because of his torrid record.

Speaking to ESPN about whether he would have Drake backstage, the 29-year-old said: "I know I shouldn’t.

"You know about the Drake curse? It’s real though.

"This is what I’m saying, what’s weird though is I took a picture with Drake.

"We took it before (Jarrell) Miller got banned. Miller then had a drug test and got popped. The fight got cancelled!"

Serena Williams, Conor McGregor, Jadon Sancho and Pierre-Emerick Aubameyang have all been hit by the curse, which dates back six years.

Sergio Aguero missed his penalty in the Champions League against Tottenham after hanging out with the rapper.

And then Paris Saint-Germain suffered their heaviest league defeat for 19 years, losing 5-1 at Lille, in another episode of the bonkers trend. 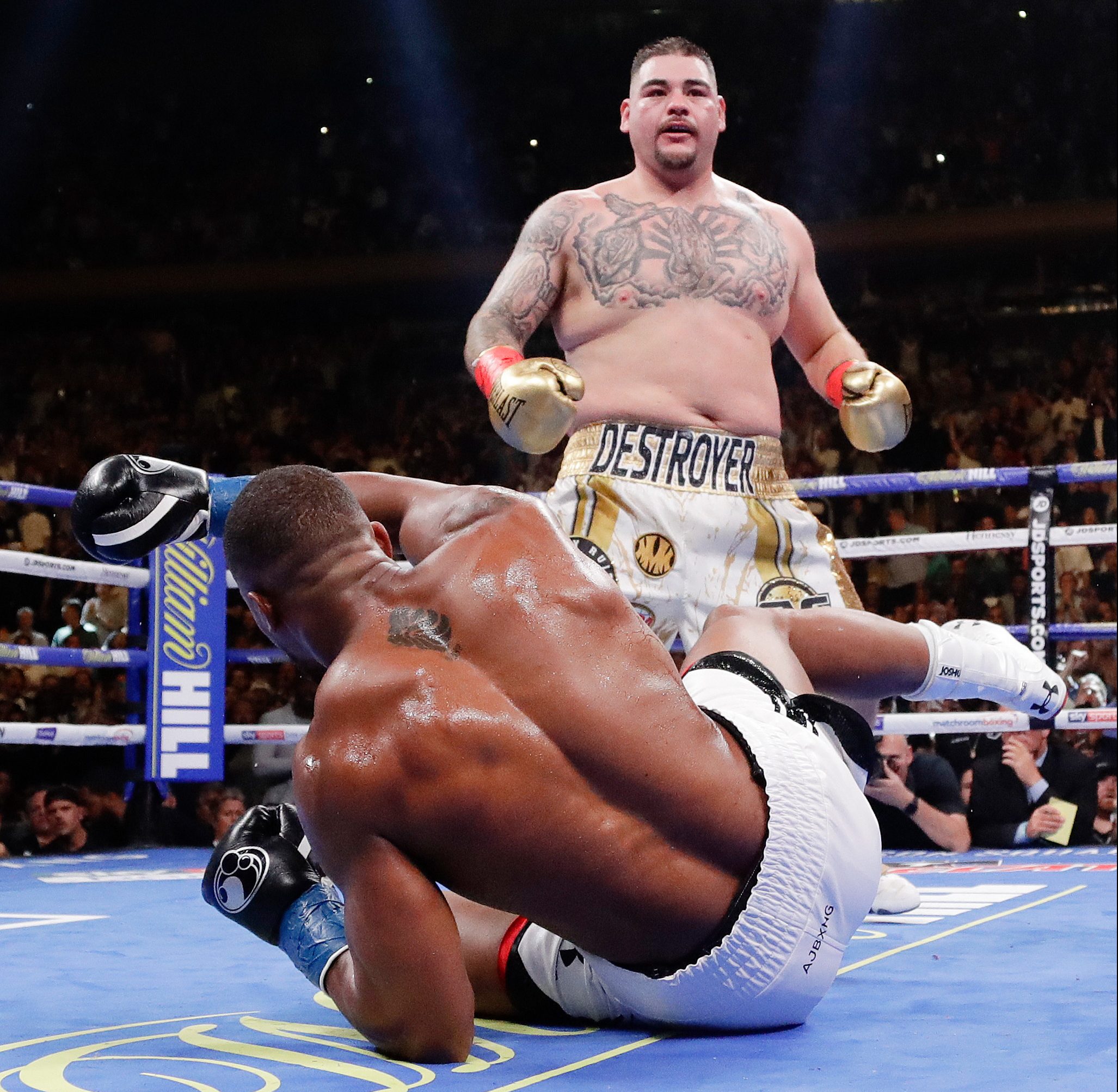