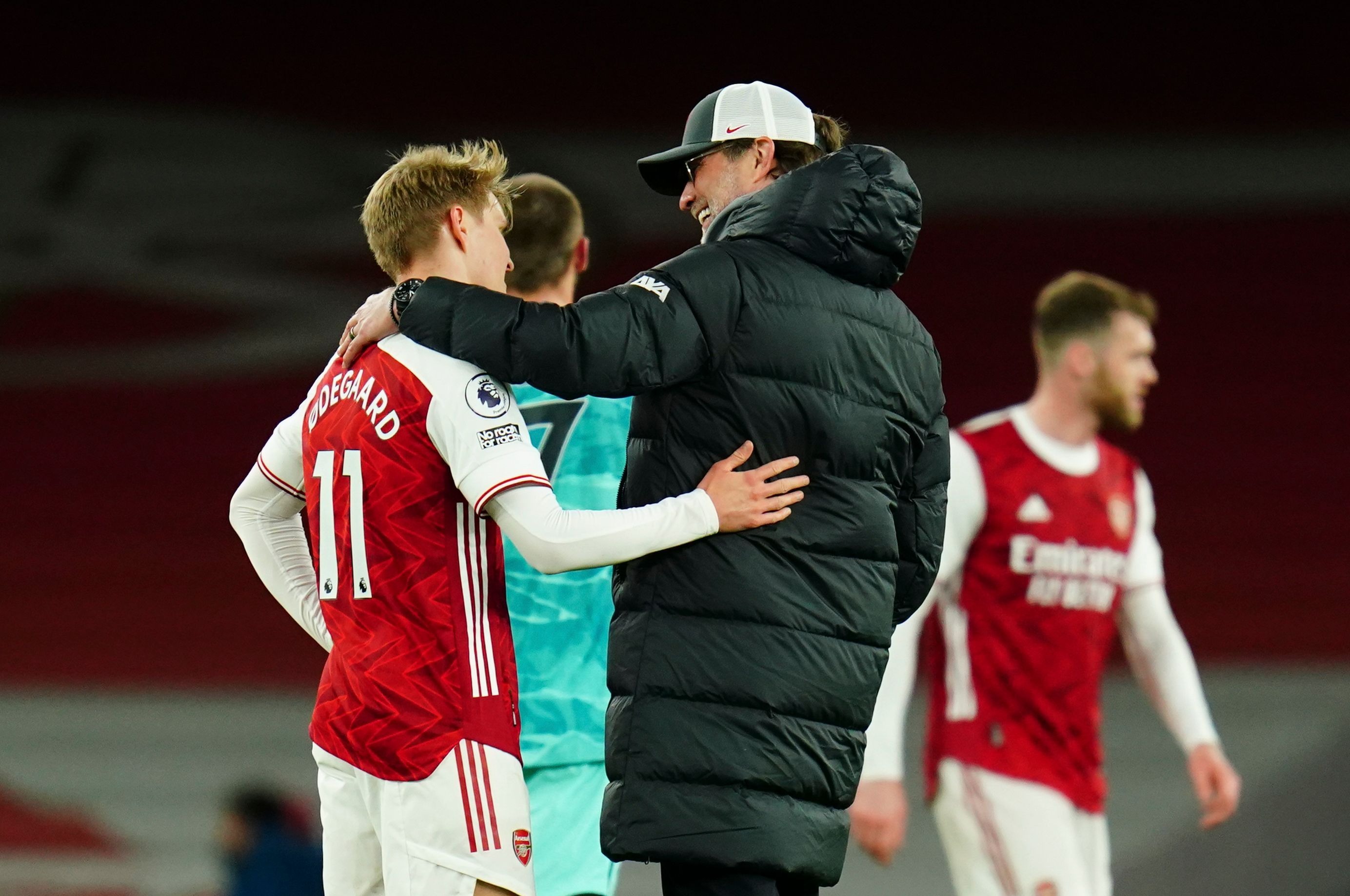 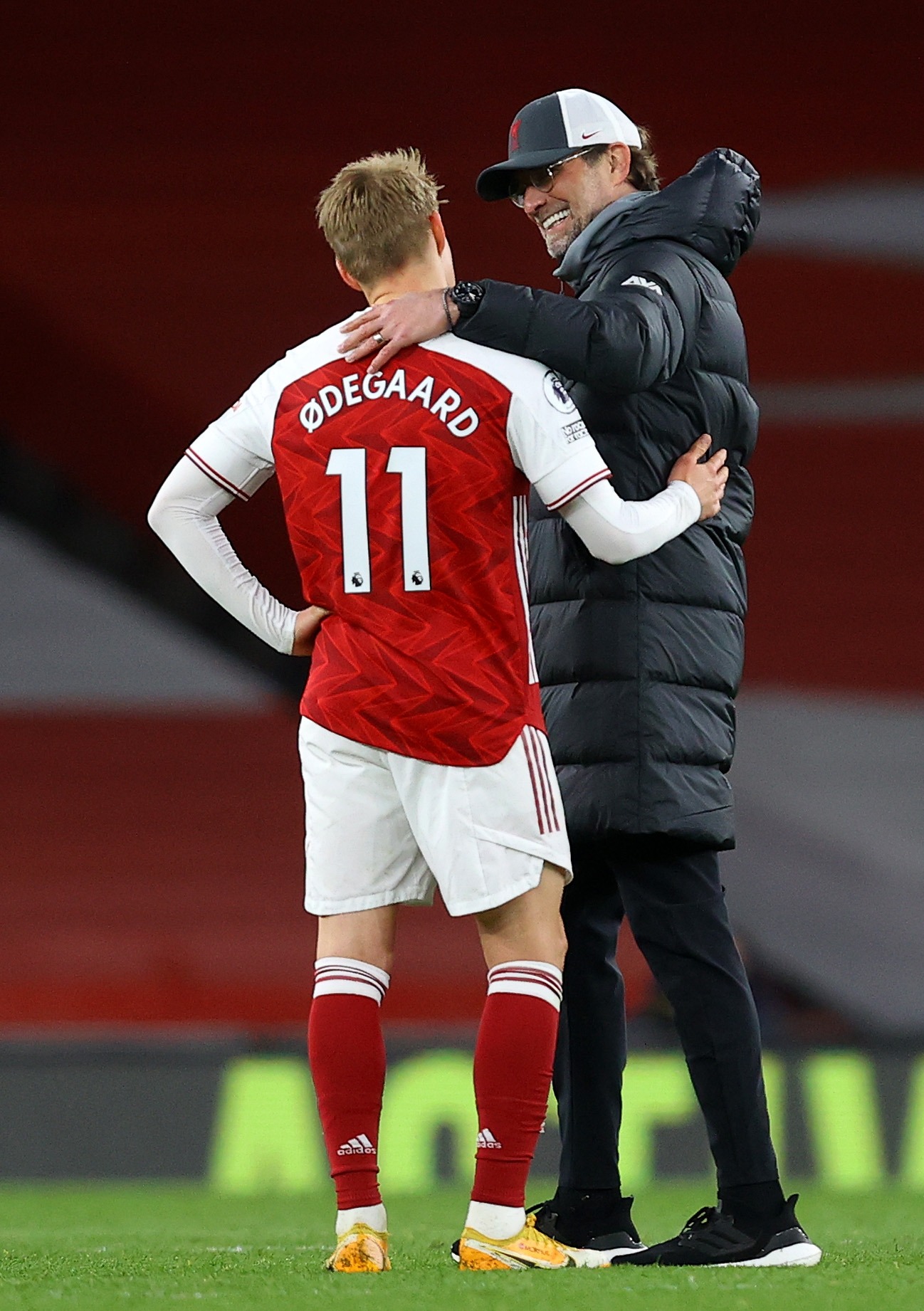 But some of the Emirates faithful were more concerned about Klopp's post-match conversation and embrace with Real Madrid loanee Odegaard than the team's lacklustre display.

One Gunners fan tweeted: "Klopp tapping Odegaard up at the end lmao could that game get any worse?"

Another said: "Klopp adding insult to injury by tapping up Odegaard."

And another said: "Klopp trying to get Odegaard to Liverpool."

One remarked: "As if that humiliation wasn't enough, Klopp is tapping up Odegaard.

"No way he goes to Arsenal and Arteta after that."

One frustrated Gooner said: "Did you see Klopp tapping up Odegaard in our centre circle. The Cheek."

Liverpool fans, on the other hand, were buzzing with Klopp's chat with the Norwegian.

One tweeted: "Klopp tapping up Odegaard there. You love to see it."

Another said: "Klopp tapping up Odergaard too. Nice."

Odegaard is on loan with the Gunners until the end of the season having joined them in January.

After a difficult adjustment period, the 22-year-old has become one of the club's star performers in the second half of the season.

Arteta is eager to acquire the midfielder's services on a permanent basis, although that could prove to be difficult if the Gunners don't qualify for next season's Europa League.

The Spaniard said: “I don’t like to read between the lines. 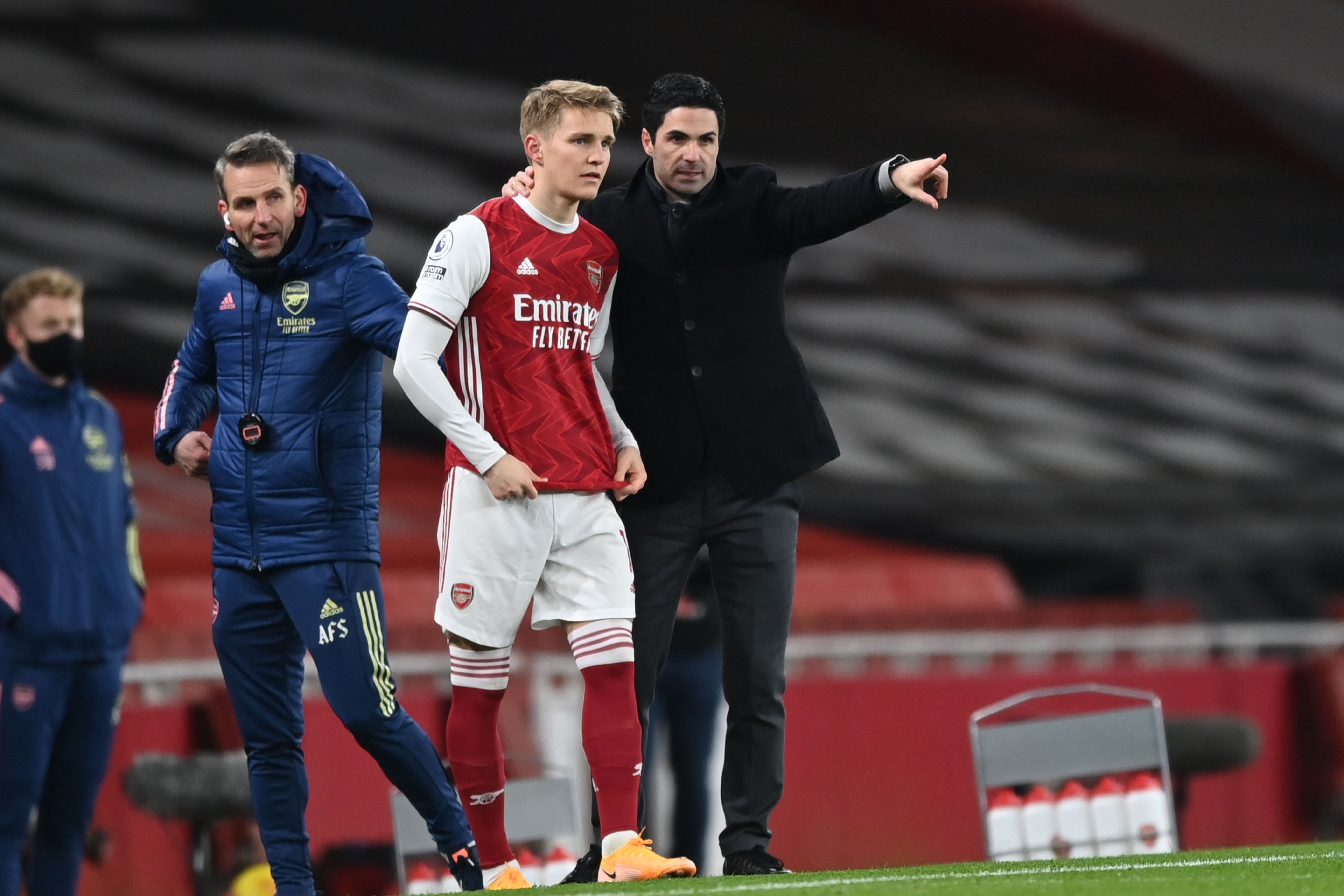 “I speak with him every day. I see his face, his body language, he seems really happy right now here, and our contract with him is until the end of the season.

“What we have to do is try to make him perform, develop and be as happy as he can be, and that the team is going to be reflected in better performance, better results.

“At the end of the season, we will see where we are and we will have a discussion.”

Odegaard and his Arsenal team-mates will be back in action on Thursday night, welcoming Slavia Prague to the Emirates for the first leg of their Europa League quarter-final tie.