West Ham star Rice is entering the final year of his contract at the London Stadium this summer – although there is an optional extra year – and with their recent struggles, Rice may finally opt to jump ship. 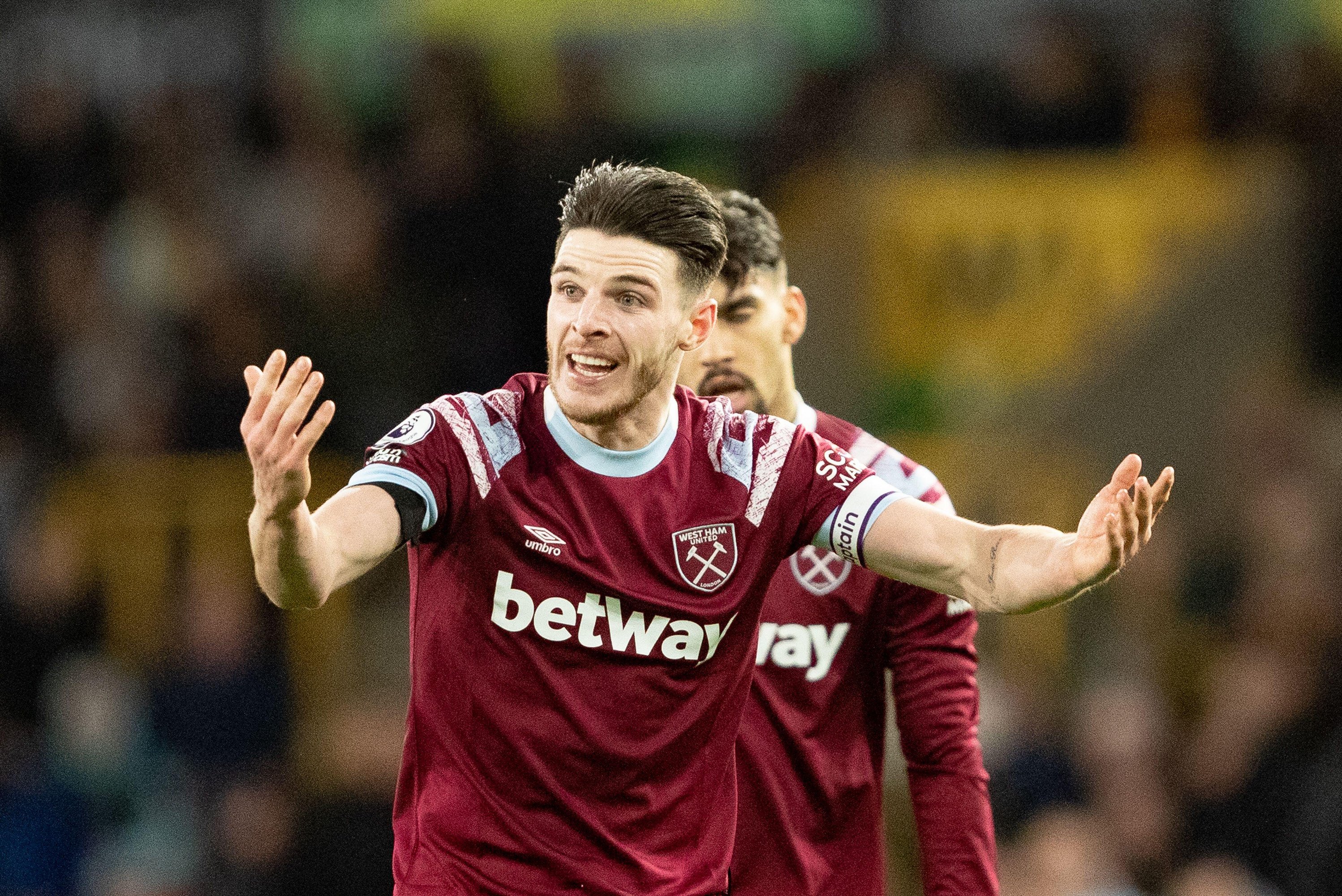 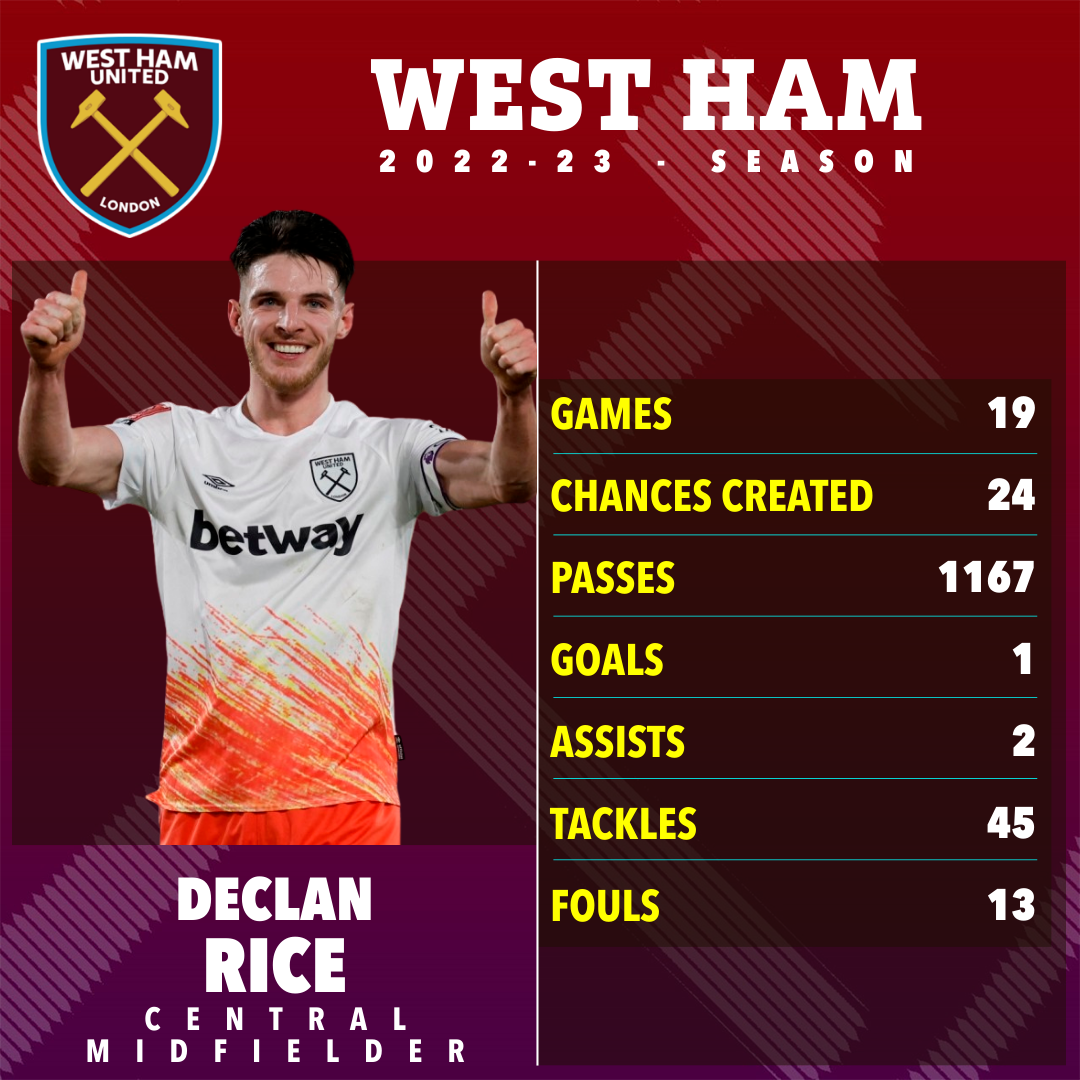 A number of top clubs are interested in the 24-year-old, including Chelsea, Manchester United, Manchester City and Arsenal.

This summer is set to see a bidding war for the Englishman, which could see him eventually leave for £80million.

However, according to The Times, Arsenal believe they are in the strong position to sign Rice because they are the Premier League leaders.

The report indicates the Gunners remain keen on a new midfielder, and consequently have made Rice their priority. 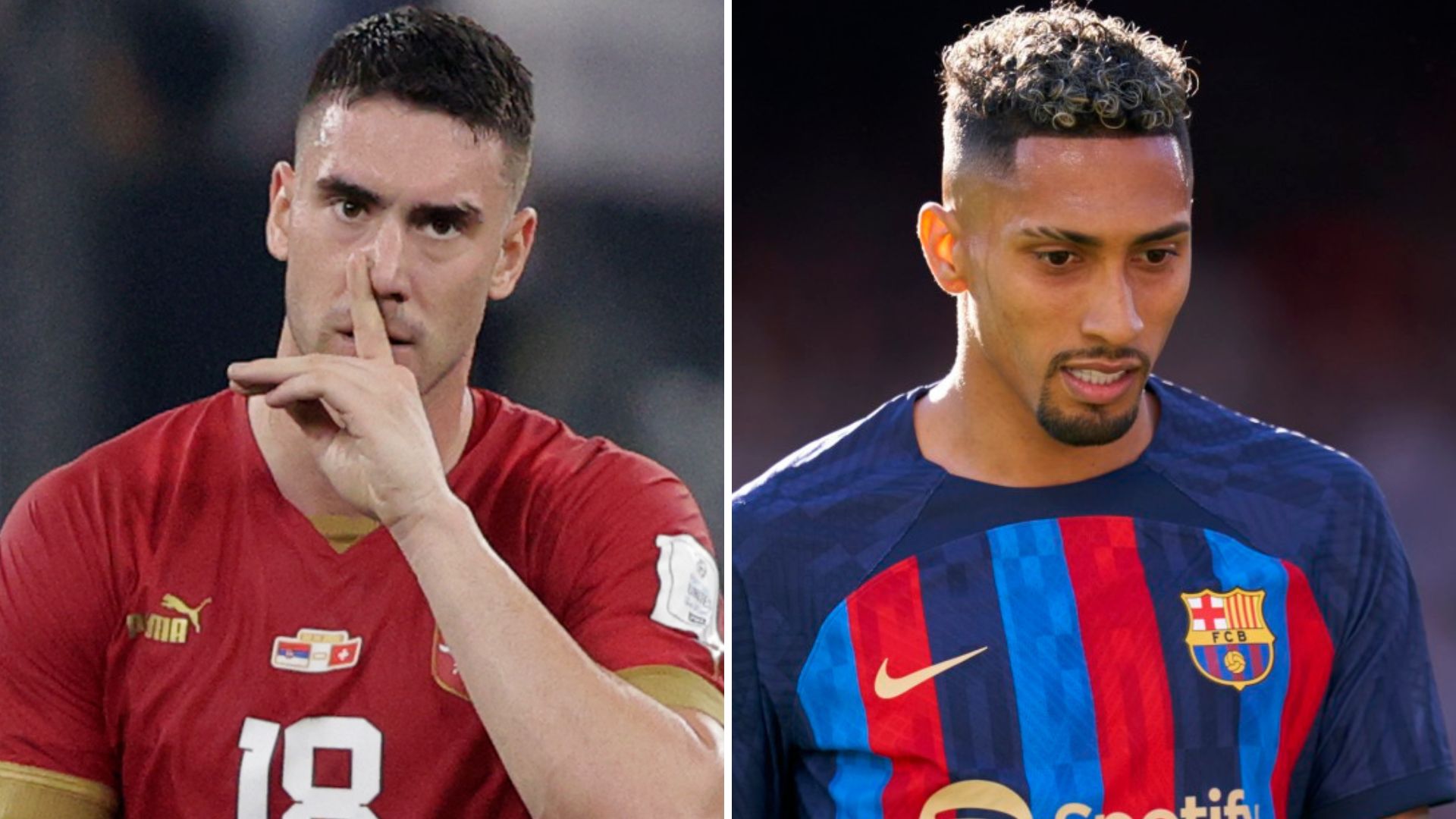 Rice fits the mould of player targeted by Mikel Arteta in recent windows.

He is young, aggressive, and has a burning desire to play in the Champions League – something Arsenal look all but certain to be able to offer next season.

Arsenal did prioritise signing a new winger this month but saw their efforts to land Mykhailo Mudryk fail after Chelsea threw a colossal package at the Ukrainian.

The Blues paid £88million for Mudryk, narrowly pipping Arsenal's own £84m bid, before offering wages worth DOUBLE the Gunners offer. 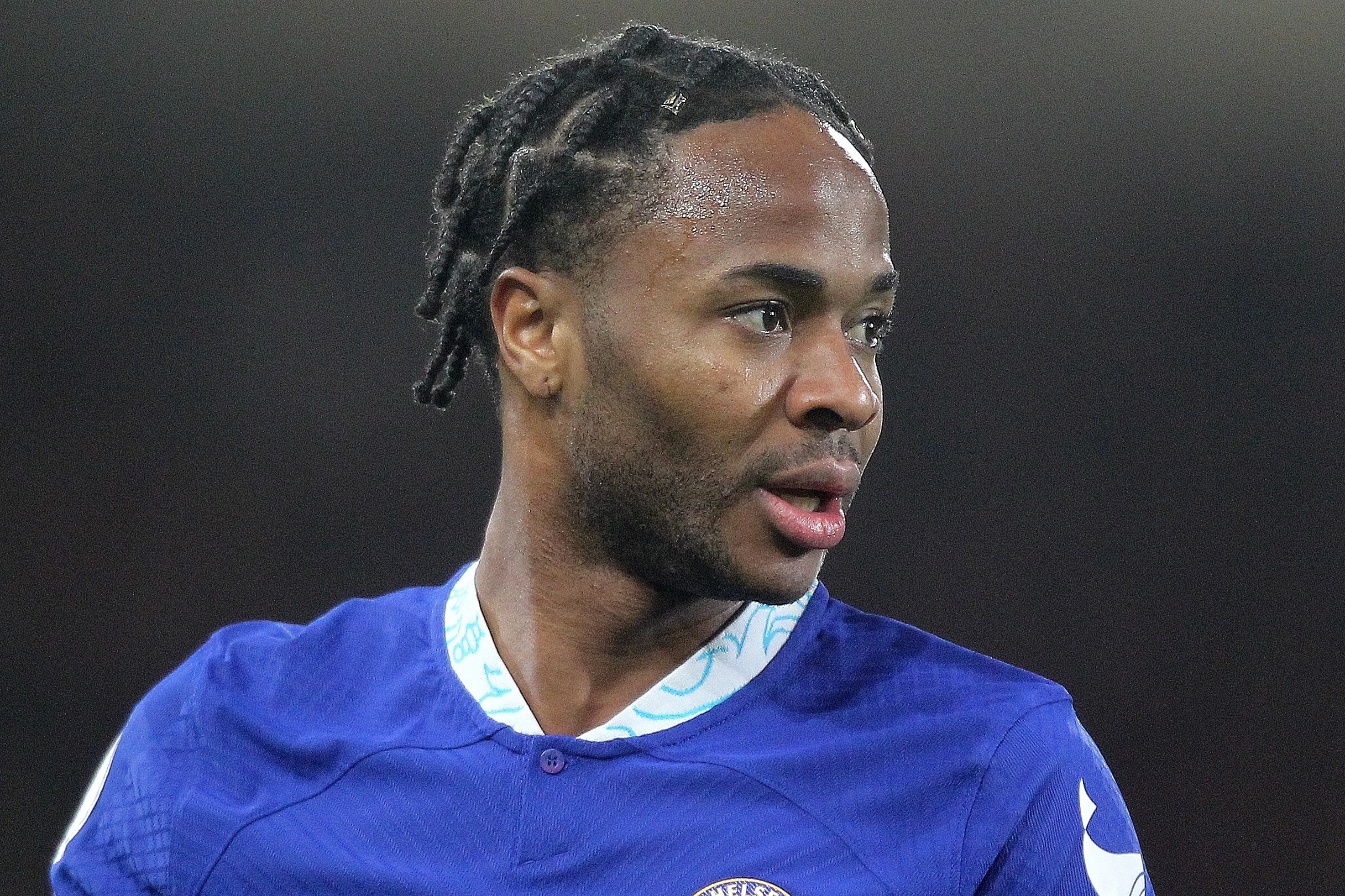 Chelsea have been long-term favourites to sign Rice due to him supporting the club and being best friends with Mason Mount, as well as being a former member of their academy.

Meanwhile, Man Utd were put off a deal for Rice last summer due to being quoted a price tag of £150m.

But with this now almost halved, Rice's decision could depend on who has the best footballing project available.

The Gunners sit eight points clear at the top of table following their victory in the North London derby – a game where they cruised to victory.

However, while the likes of Paul Merson believe the title is now "Arsenal’s to throw away", defeat to United next weekend could throw things wide open.