ARSENAL must have been suffering from a Halloween hangover because Mikel Arteta will be haunted by their dreadful 3-0 defeat.

The Gunners were shocking throughout and were torn apart by Villa's attacking trio of Jack Grealish, Ross Barkley and Ollie Watkins. 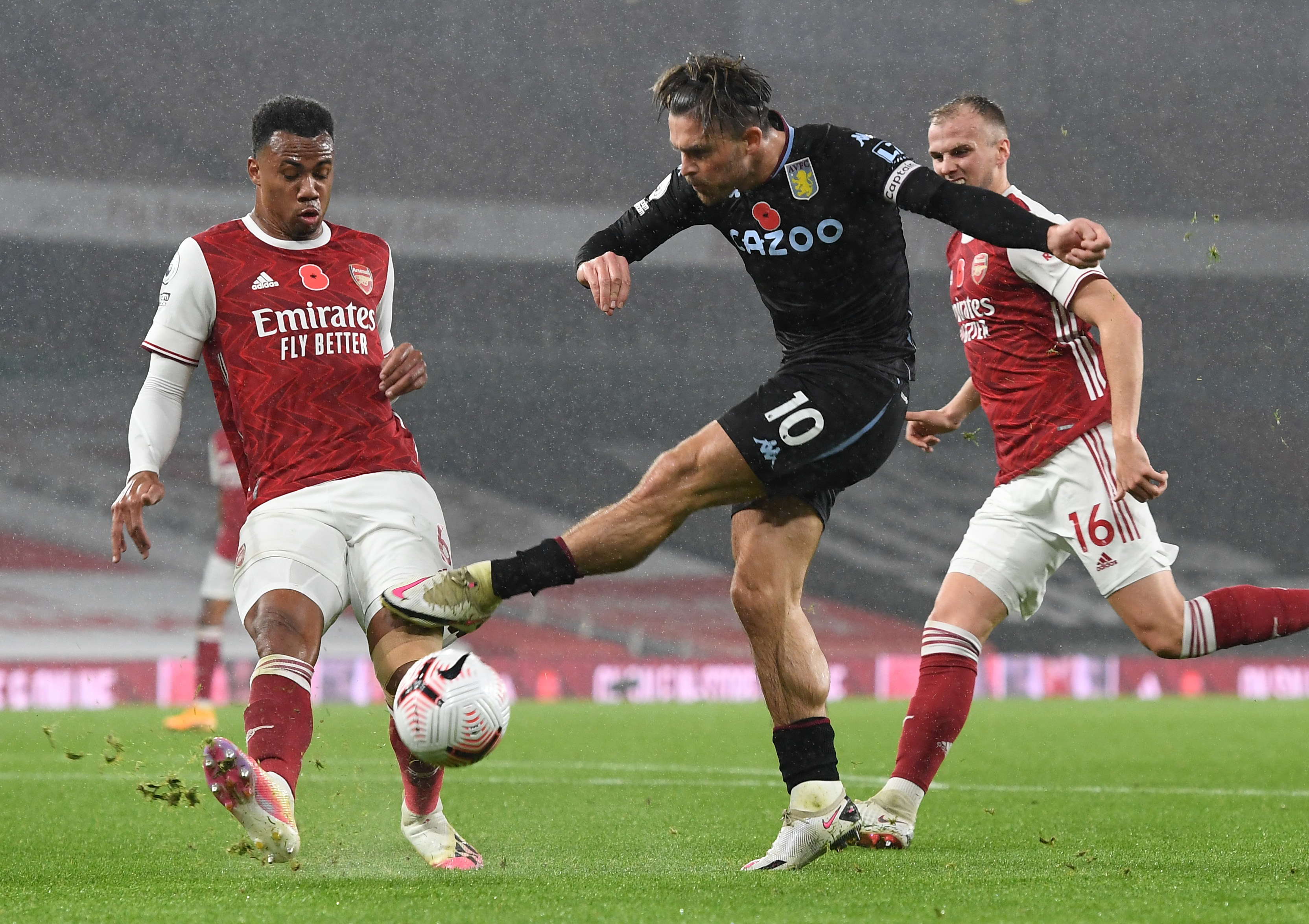 Their evening was made even worse with Thomas Partey having to come off injured at half-time.

Had little chance with Villa's three goals but made a decent stop to deny Trezeguet early in the second half.

He made another terrific save to deny Grealish but was let down by his defenders tonight.

Had a torrid time marking Grealish – the England star will give him nightmares for weeks.

The overlap by Matt Targett caused him issues throughout with Villa doubling up on the left.

Looked good going forward in the first half but appeared exhausted in the second and Villa milked it for all it's worth. 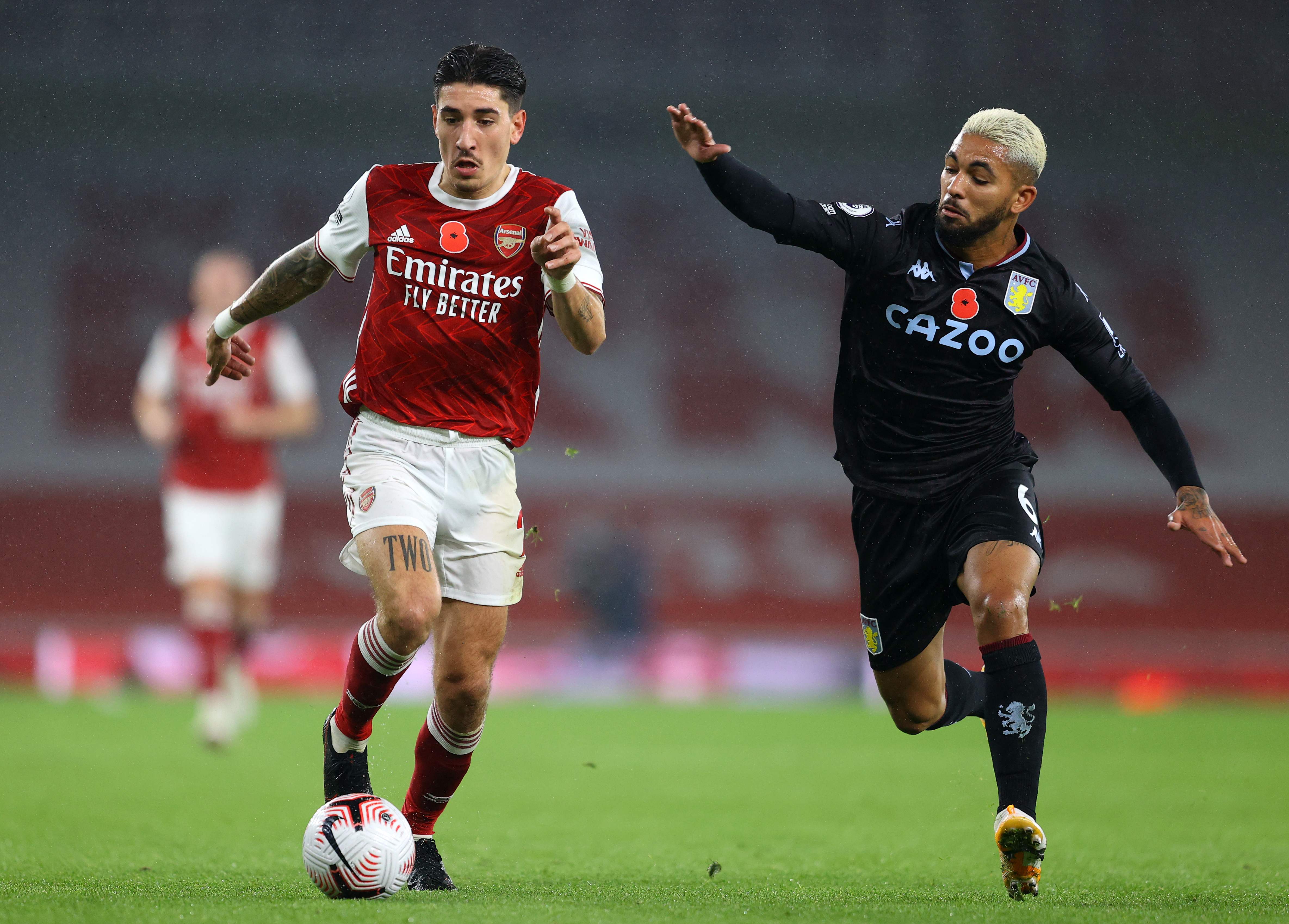 Struggled to deal with the psychicality of Ollie Watkins in attack.

Most attacks came down his side with Grealish and Barkley's interchange causing him problems.

Was identified as a weakness and Villa exploited it perfectly.

Really poor in possession, giving the ball away needlessly on a few occasions. Heart in mouth moment when knocking it back to his keeper.

Enjoyed a decent start to his Arsenal career but not one of his finer games.

Delivered a number of excellent crosses and should have had an assist if it wasn't for Lacazette's poor header.

Defensively sound with most of Villa's attacks coming down the left.

Showed glimpses of quality with his range of passing, particularly spreading it to team-mate Aubameyang on the left.

Let down by a lack of options in midfield especially with a lack of No10 playing ahead of him.

Cool and calm in possession but came off injured at half-time.

Lots of energy in midfield but positionally was caught out and was closely marked by Ross Barkley.

Struggled when Partey went off at half-time having to cover so much ground to himself.

Looked lost in the first half capped by an own goal having been caught on his heels.

He fell asleep allowing Trezeguet to beat him to the ball and stuck his foot out in an act of desperation.

More lively in the opening part of the second period but his head dropped when the second went in.

Another disappointing showing out on the left side – he didn't even register a shot all contest.

Every time he had the ball at his feet he was on the touchline and not making a nuisance of himself in the box.

Little surprise that he still hasn't scored at home this season. Arteta must find a way to get him scoring again. 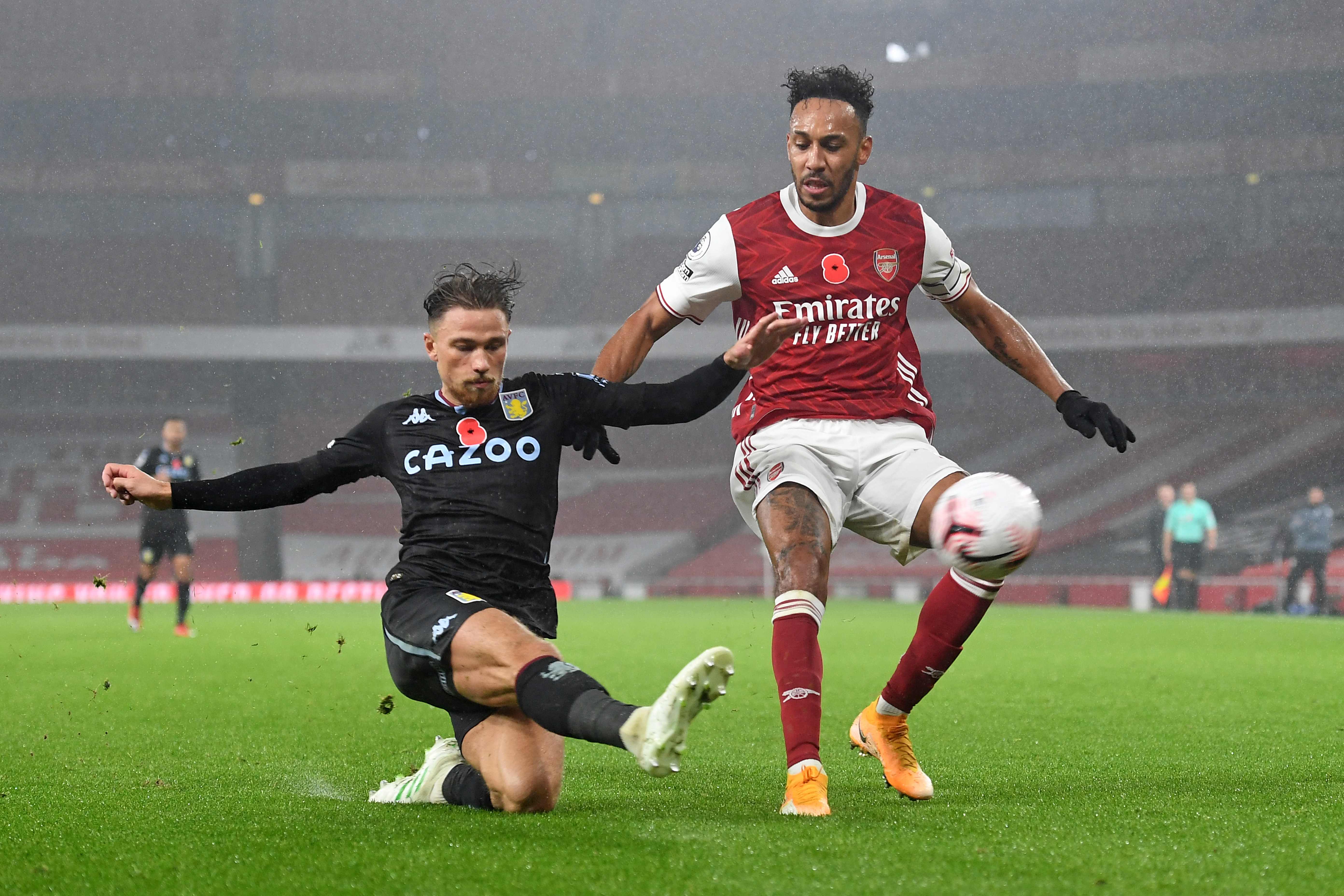 Anonymous in the first period, offering little going forward. Had a chance early in the second but dragged it way wide, summing up his evening.

Hooked off midway through second period and will be fighting to keep his place in their next outing.

Missed a glorious chance with his head to bring Arsenal level on 40 minutes. Could have proved crucial heading into the second period with the scorelines level.

Felt sorry for him for large periods as he had little service from the wide men.

Cleared it off the line in the second half but contributed little else.

Barely got into the game and didn't even manage to test Martinez in the Villa goal.

Unlucky with an excellent curling effort five minutes after coming on.