ARSENAL lost their first match in five games in a narrow 1-0 defeat to Everton at the Emirates.

The Toffees picked up a valuable three points and it is the first time they have won at Arsenal since 1996.

There were plenty of fireworks outside the Emirates due to the protests against Stan Kroenke but none on the pitch from either side. 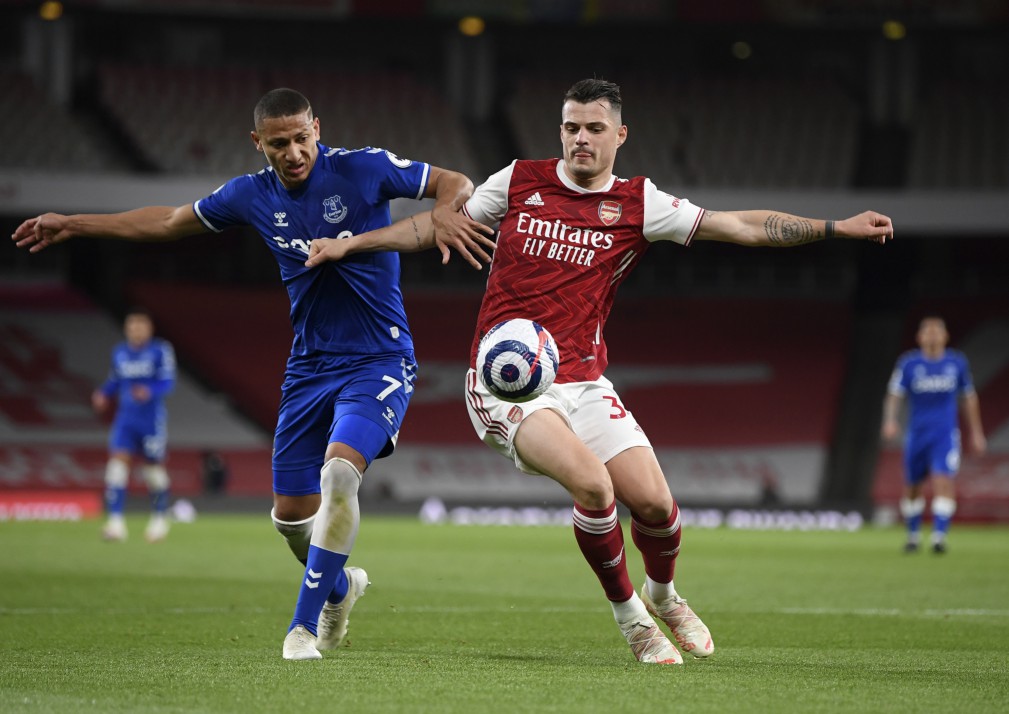 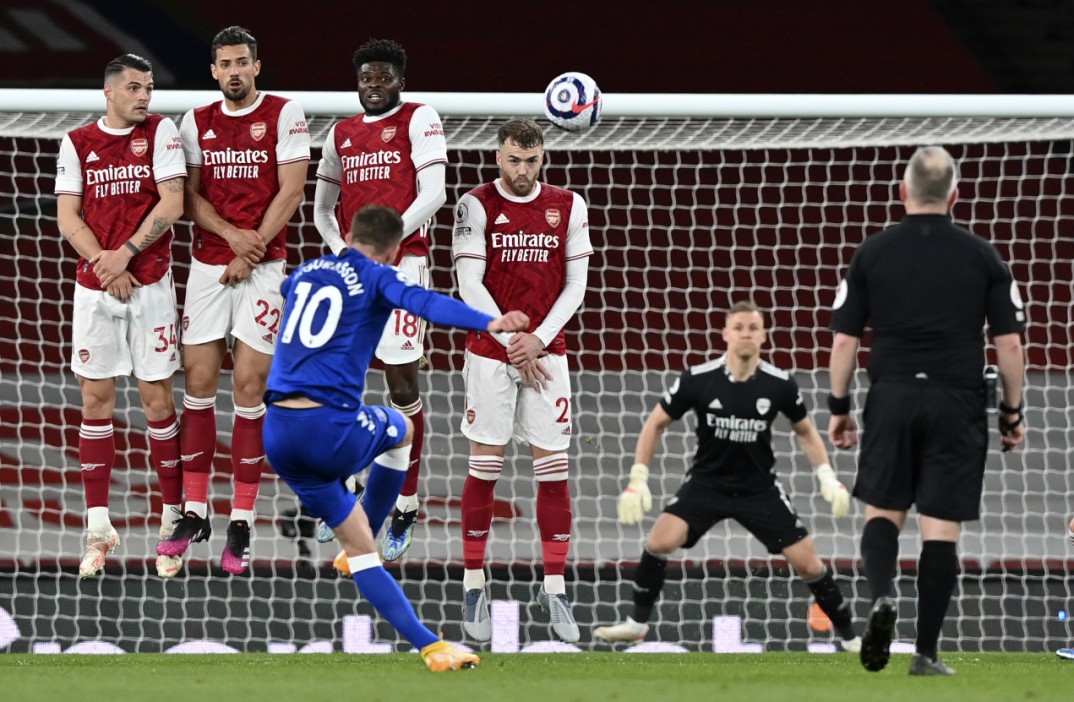 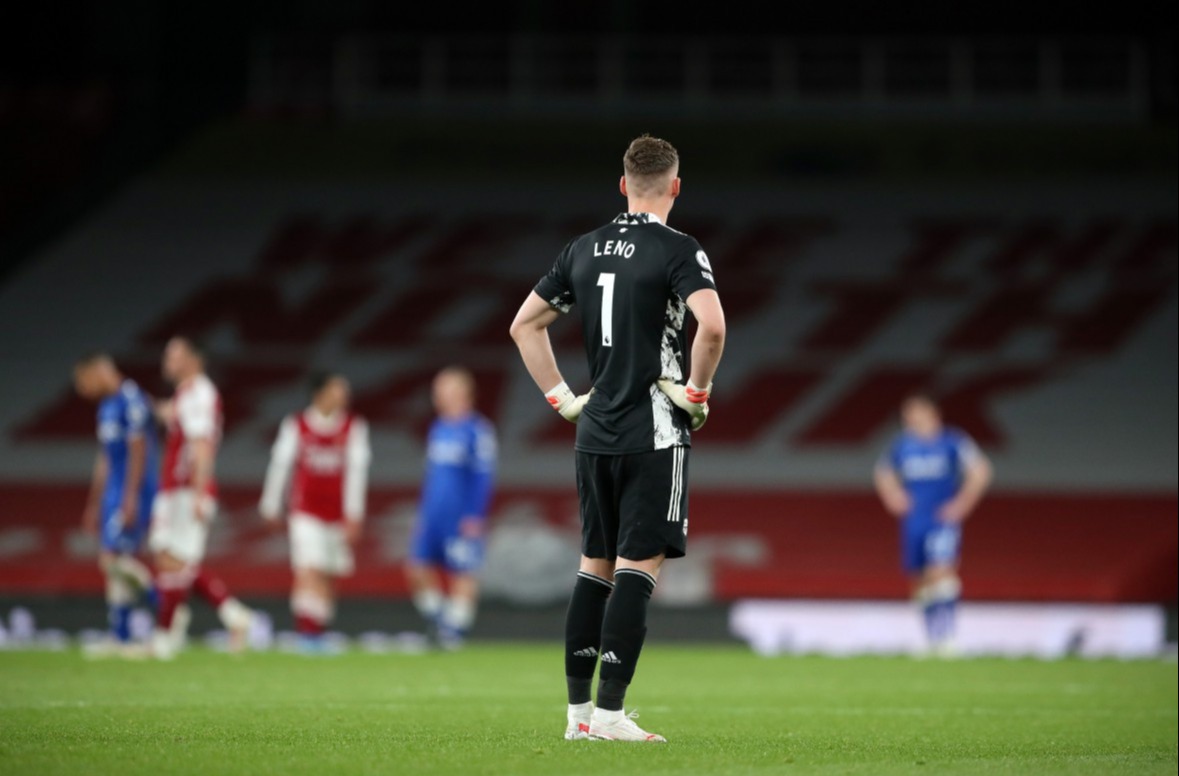 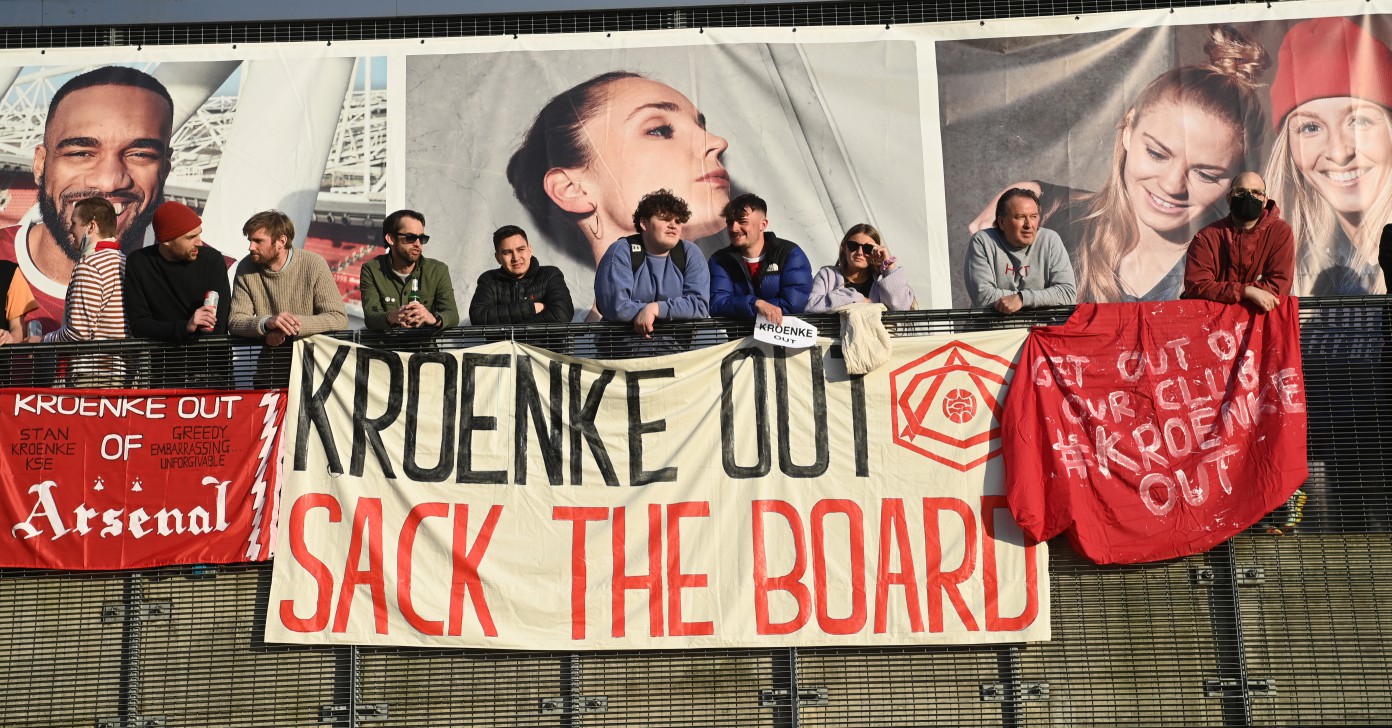 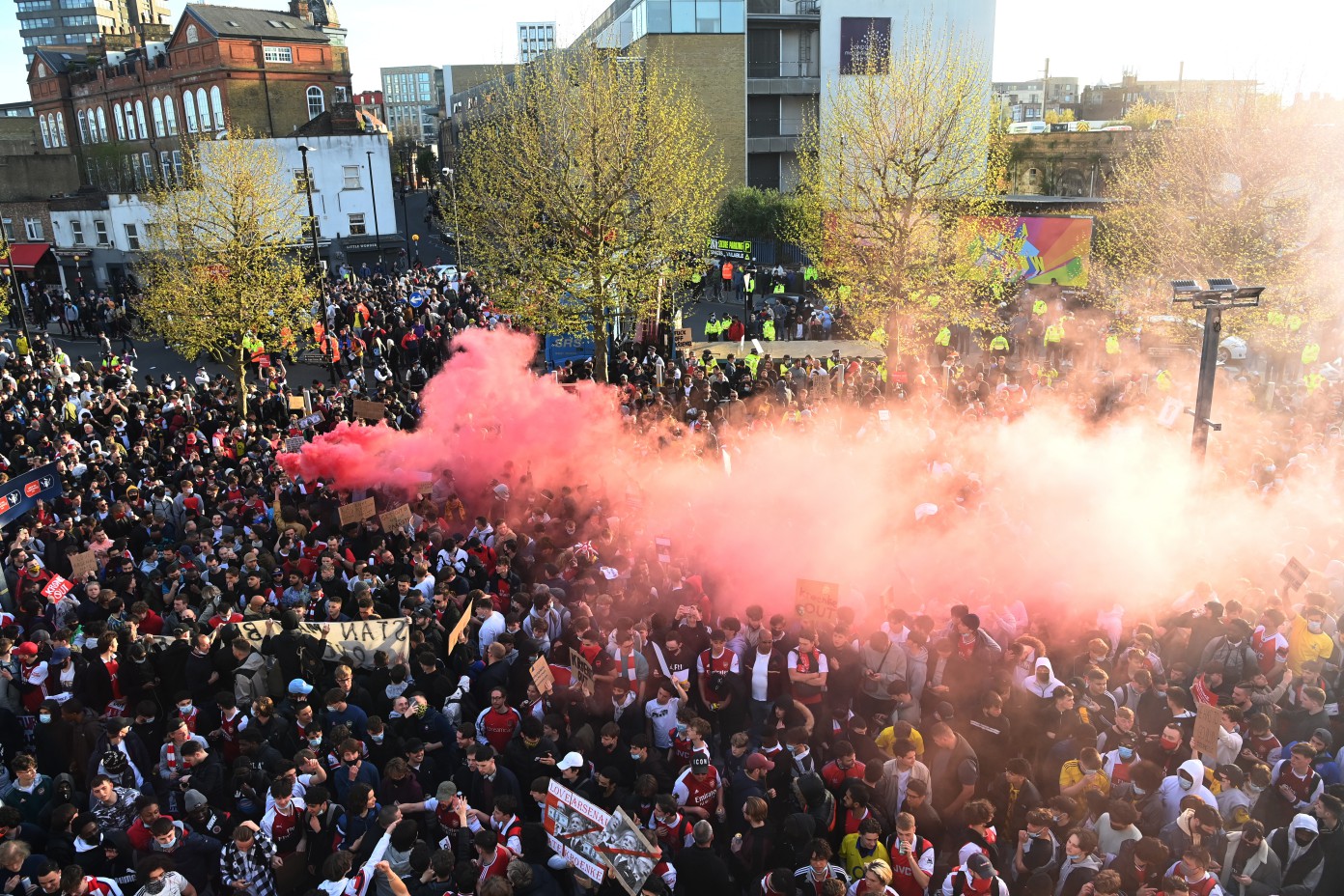 Eddie Nketiah was given a rare start as Calum Chambers, Pablo Mari, Thomas Partey and Nicolas Pepe all came back in, but the changes did not lead to an improved performance.

Everton have now won at Arsenal and Liverpool this season and moved to just three points off Chelsea in fourth place.

Mikel Arteta should be disappointed with another lacklustre display from his men for the second home game in a row.

Made a good save to deny Richarlison in a good position in the first half but an absolute howler handed the Brazilian an unlikely winner late on.

Leno barely had anything to do and a loss of concentration saw a low cross somehow squeeze between the goalkeeper's legs to hand Everton a memorable win.

Advanced down the right flank regularly in the first half and put in a number of decent crosses. Showed why Arteta likes to use him as a full-back.

Was presented with a great second half opportunity but fired his shot into the ground and over the bar from Pepe's free kick.

Solid aerial display against a tough opponent in Dominic Calvert-Lewin.

Was assured throughout and rarely troubled though it must be said that Everton failed to stretch the Gunners' defence.

Looked comfortable playing out from the back and marshalled a tricky Richarlison well throughout, limiting the Brazilian to just one clear chance.

It was an impressive display considering it was his ninth league game of the season. Made a good case to keep Gabriel out of the side for the next few games.

Struggled to deal with the overlapping Seamus Coleman at times.

Failed to support attacks and left Pepe rather isolated, and that was a reason why Arsenal lacked dynamism in attack and were too easy for Everton to deal with.

Booked for giving away a sloppy free-kick which Gylfi Sigurdsson almost scored from.

He did keep a close eye on James Rodriguez and prevented the Everton number 19 from dictating play which was vital to stopping the Toffees as an attacking threat.

Was perhaps Arsenal's brightest player with some nice touches in midfield and put his side on the front foot at times but did not impose his game on the Everton midfield.

And it was one of those clever touches which helped him evade Richarlison, who then brought down the Spaniard for the disallowed penalty.

Came closest to scoring for Arsenal with a well-struck effort from just outside the box that was well-saved by Pickford.

Had a half-chance inside the opening 20 minutes and showed good antipication to beat Lucas Digne to the ball but could only fire straight at Jordan Pickford.

Aside from that the winger was unusually quiet and did not use his pace effectively enough to run at Digne or stretch the defence.

Arsenal needed that bit of spark from him but he never got going.

Was very positive on the ball and looked to drive into Everton's defensive third at every opportunity.

But he was in and out of the game and his teammates failed to find him in dangerous positions so his influence was limited.

He faded quickly as a result and should probaby have been substituted earlier than he was.

Some bright spells for the winger but like many of his attacking teammates he was isolated and did not get on the ball enough which was poor from Arsenal.

Subtituted rather harshly with 20 minutes left but Arteta was keen to get Martin Odegaard back into action.

The striker enjoyed a rare start due to Alexandre Lacazette's injury but he failed to build on his last-gasp equaliser against Fulham last week.

Some nice touches aside he failed to impact the game but can blame his teammates for a lack of service. Was rightly subbed. 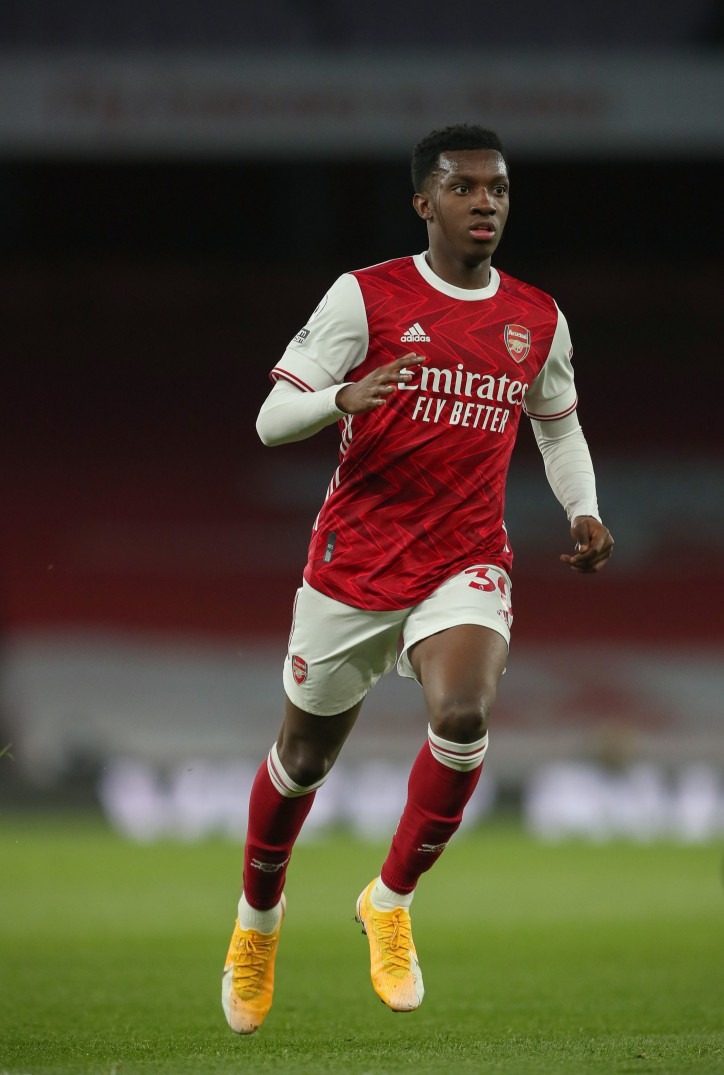 Came on with just under 20 minutes remaining but his involvement was minimal until Arsenal chased the game in the last five minutes.

Good to see him back on the pitch following injury though.

Left on the bench which was a little unfair given his bright showing last week.

Arteta trusted the Brazilian to play centrally and it almost paid off as Martinelli struck a great shot in injury time that was well saved.

Given ten minutes to make a difference in replacing Chambers but barely got on the ball and was snuffed out by Everton.

Showed why he was left on the bench and probably should not have been brought on.