LET'S face it, the past few days have not been the best for Arsenal fans.

We wait two weeks to see our team, with anticipation and confidence growing, ahead of a clash with struggling Liverpool who have no proper centre-backs to speak of – and do THAT. 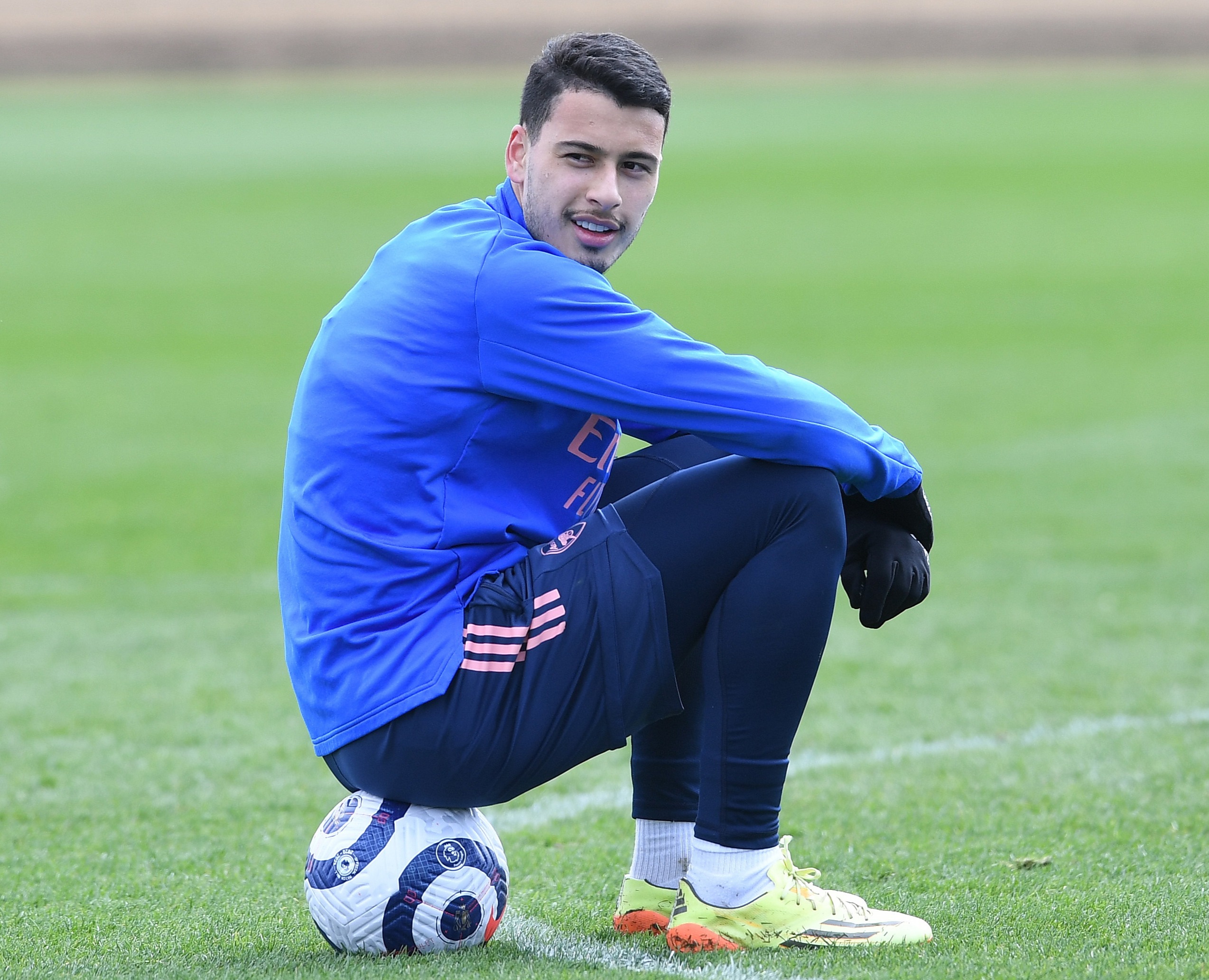 Simply put it was a woeful display from the Gunners, thumped 3-0 by the Reds on the night.

But Mikel Arteta can not and should not use that as an excuse for the complete lack of cohesion, effort, desire on behalf of the players and obvious lack of game-plan from the the coaches.

Again, it seems a short false dawn is followed by a sharp tug back to a harsh reality.

And for the third Europa League week in a row, Thursday is quickly becoming yet another make-or-break week for Arteta and his beleaguered troops.

Now, just to add to the pressure on Arteta, he has been stripped of arguably his best and most-consistent performer in Kieran Tierney through injury.

There are many winnable matches in the Premier League between now and May for Arsenal.

But the fans can be forgiven for focusing on the Europa League as a slightly more realistic route into European football for next season given the domestic inconsistency.

GRAND NATIONAL: GET £140 IN FREE BETS FOR FESTIVAL AT AINTREE

For me, it is now about Arteta finding a winning formula quickly and sticking with it, both in Europe and in the Premier League.

On paper he has the strength and depth to rotate despite many of the senior players letting him down in recent weeks.

Arsenal fans have long supported Pierre-Emerick Aubameyang and Alexandre Lacazette, even wanting them to be deployed together – but personally I think that time has passed.

The 4-2-3-1 Arteta wants to use requires creativity on the left and he must decide which of his two high-profile flops plays centrally and use a different wide player on the left.

We have seen Willian, Aubameyang, Nicolas Pepe and Smith Rowe there in recent weeks and it would be no exaggeration to say the two younger squad members have been better.

However, there is an additional youngster who shone on the left last season and has seldom been afforded the opportunity in this campaign – Gabriel Martinelli.

The fans have been long screaming for his return following his breakout 2019-20 season.

Despite calls from fans and even notable former players such as Martin Keown, the young Brazilian’s game-time has been limited to a matter of minutes in the past few months.

I can't be the only fan wondering if Arteta will finally turn to Martinelli for Thursday’s tie against Slavia Prague following Pepe, Auba and Laca's woeful performance at the Emirates on Saturday.

Under normal circumstances, we might expect Arteta to decide on one of Lacazette or Aubameyang and utilise Smith Rowe, Odegaard and Saka behind them.

However, does Tierney’s absence offer Arteta an opening, albeit a risky one?

In a poll on Twitter, I asked whether the fans would like to see Cedric Soares or Saka played at left-back versus Prague, assuming he sticks with the 4-2-3-1. 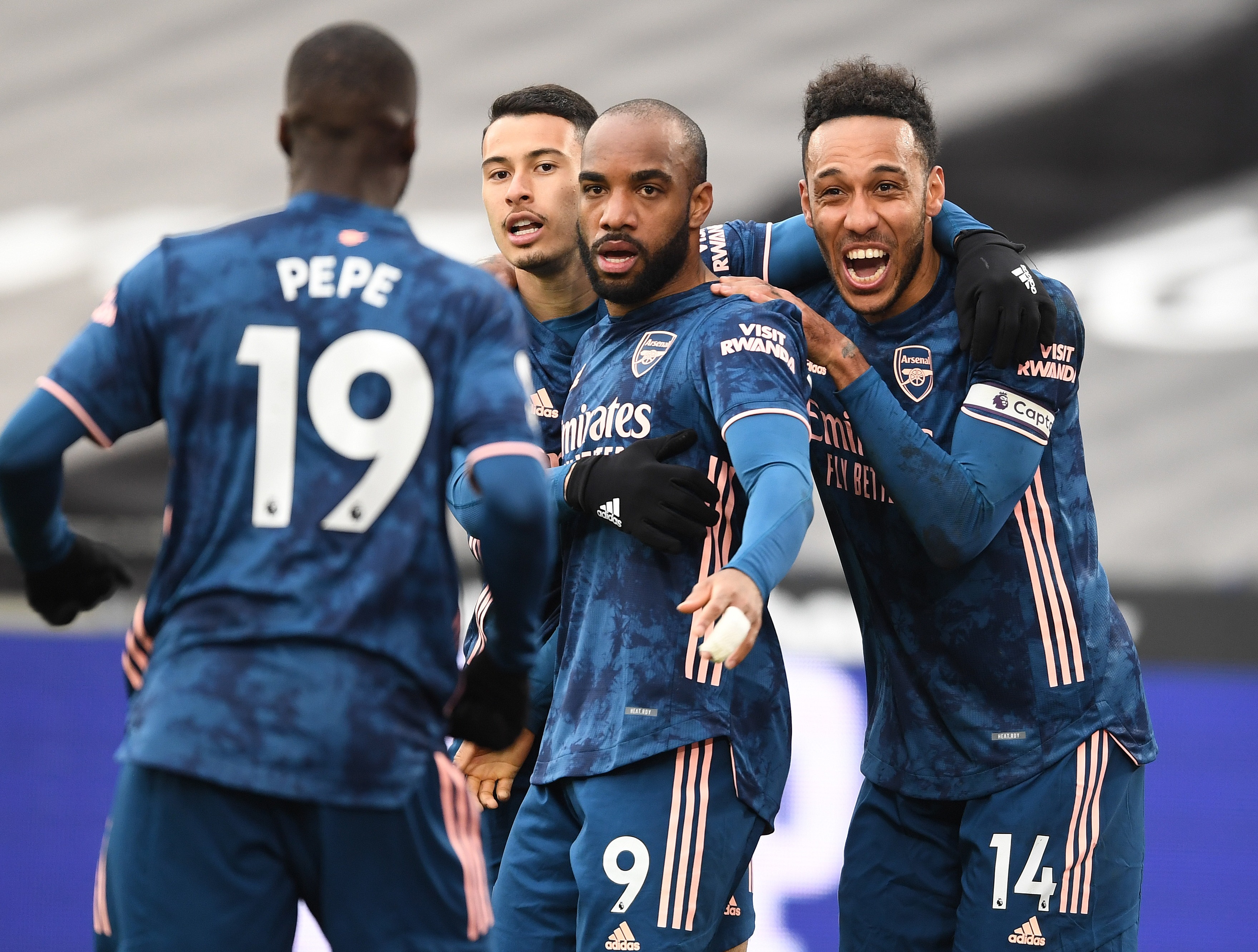 The majority opted for the solidity of the Portuguese international, even on his weaker left side – but it was only a narrow margin of victory.

Nearly half hope to see Saka at left-back on Thursday, which might be a gamble given the importance of the match – but we all know it has worked well for us in the past.

The left-back role, and it takes only a quick look at Tierney’s heat map in any match, is one of the most-attacking roles in this set up.

The freedom to push forward is thanks to the intelligence and positional discipline of Granit Xhaka – who will be back on Thursday.

If Arteta does opt for a bold selection of Saka as an attacking left-back it would give him an excellent opportunity to further roll the dice and play Martinelli on the left of the three behind the striker.

We know Saka and Martinelli dovetailed well last season and being right-footed, the Brazilian will naturally drift infield to allow his English team-mate to overlap.

In turn, that allows him to get closer to our central striker, thus doubling the goal threat.

We also know that with Smith Rowe perhaps on the right and Odegaard central we will have all three able to press.

The Norwegian has been visibly frustrated in recent matches by his more-senior peers being unable to follow his lead in the press.

And there is no-one better in chasing down seemingly lost causes than Martinelli.

Go on Mikel – gamble on Gabi.