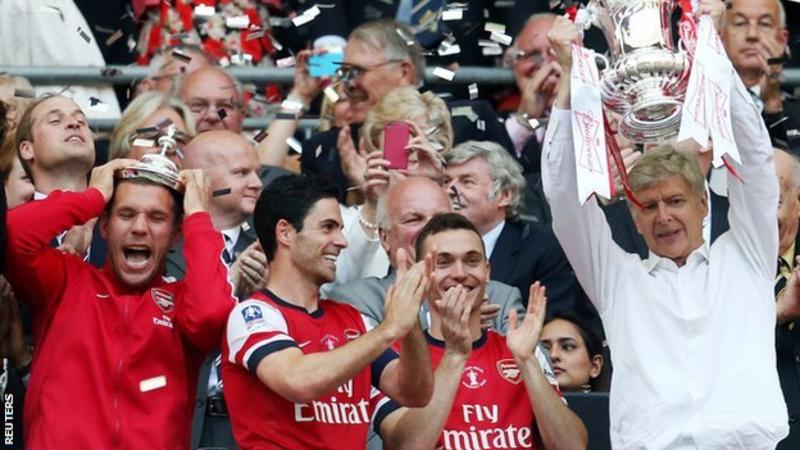 The Gunners host Leeds United in the third round on Monday in a match to be broadcast live on BBC One and the BBC Sport website (19:56 GMT kick-off).

“We have to be challenging for the cups and we’ll try to do that again this season,” said Arteta.

Arsenal have won the FA Cup a record 13 times, three of which have come in the past six years. Former midfielder Arteta started their 2014 final victory and was also a winner in 2015, though he missed the showpiece at Wembley.

“It is a competition that is very attached to this football club in recent years and we have to take it very seriously,” said the 37-year-old Spaniard.

“I think winning brings togetherness, and when you have beautiful experiences together and you win trophies, those experiences stay within that group.

“After you win, you don’t want to stop winning. You become addicted to that – and that is what we have to try and implement at this club.”

The Premier League side will be without defender Calum Chambers, who has been ruled out for at least six months with a ruptured cruciate ligament.

Forward Gabriel Martinelli and full-back Hector Bellerin have been nursing hamstring problems and will both be assessed before Monday’s game at Emirates Stadium.

Leeds, who are top of the Championship, are without forward Eddie Nketiah, who was on loan from Arsenal but who has now been recalled.

“Of course it is a big challenge for us. It is enough to see the players and the prestige and level they have,” said Argentine Bielsa.

“When people think that we are the favourite in one match, we don’t consider things like that – and neither do we with the opposite, which is in this case.

“Every time we compete, we trust in our resources and respect our opponent’s resources.

“We will always do this with the wish to impose our style, and we will try to do this on Monday.”

On the challenge posed by their Championship opponents, Arteta added: “I know how tough it will be to play against them.

“[Bielsa] makes them fight, challenge, run, compete and never give up in any game or any circumstances.”