ARSENAL have taken an interesting approach to the transfer market over the years.

Often the biggest source of fans' anger and confusion, the club have sometimes splashed the cash and sometimes appeared ludicrously stingy. 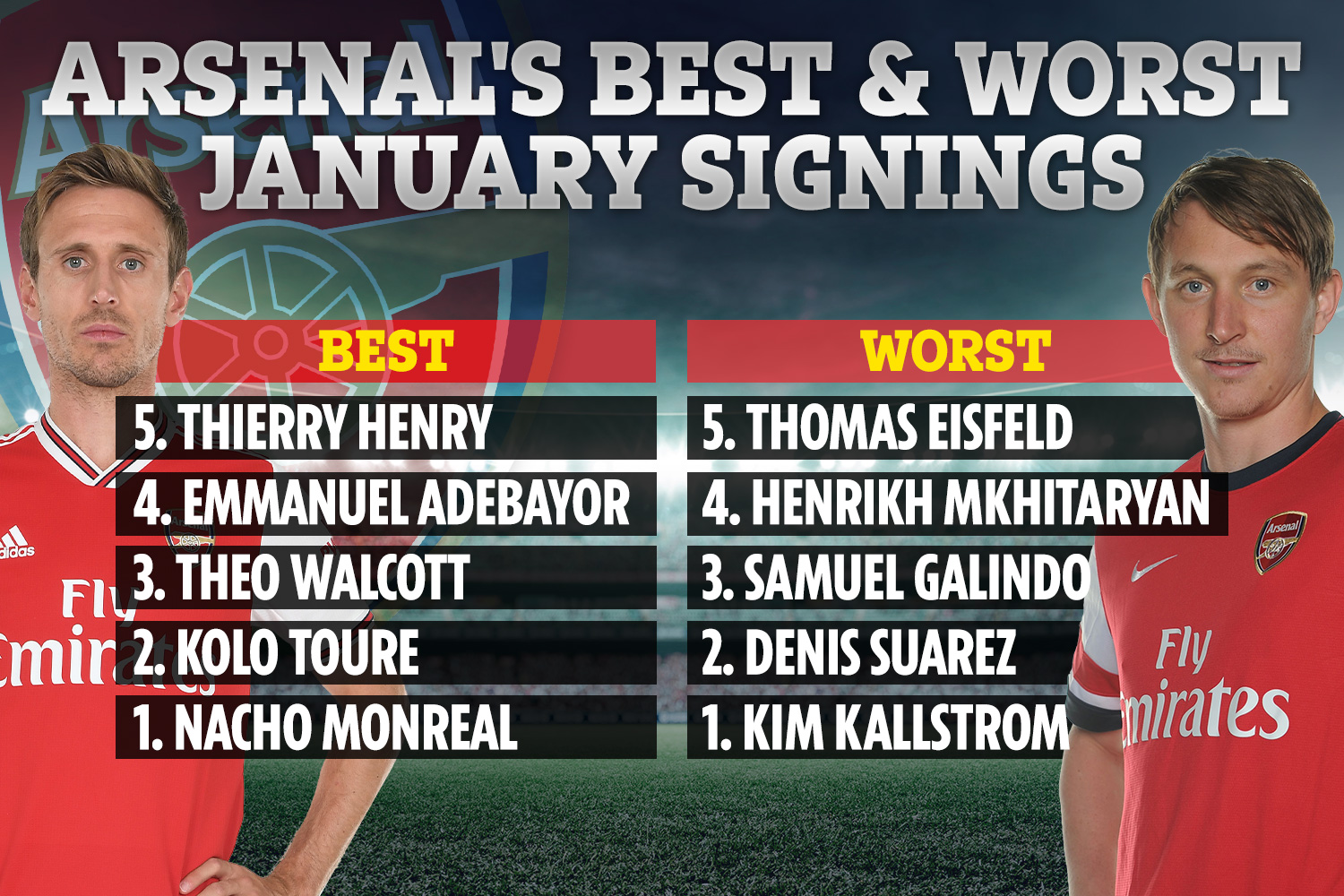 Yet some of their top acquisitions have been those sneaky, under-the-radar deals that surprise even the most optimistic Gooner.

Here, SunSport rates and slates their most notorious January deals.

It is awful to wave goodbye to a legend. Thinking you will never see them grace the pitch again is incredibly tough.

But Thierry Henry did return to Arsenal, four-and-a-half years after leaving for Barcelona, to enjoy a brief loan spell in 2012.

Scoring on his second debut, he played seven times and saved his other goal for an emotional last-minute winner against Sunderland on his final farewell. 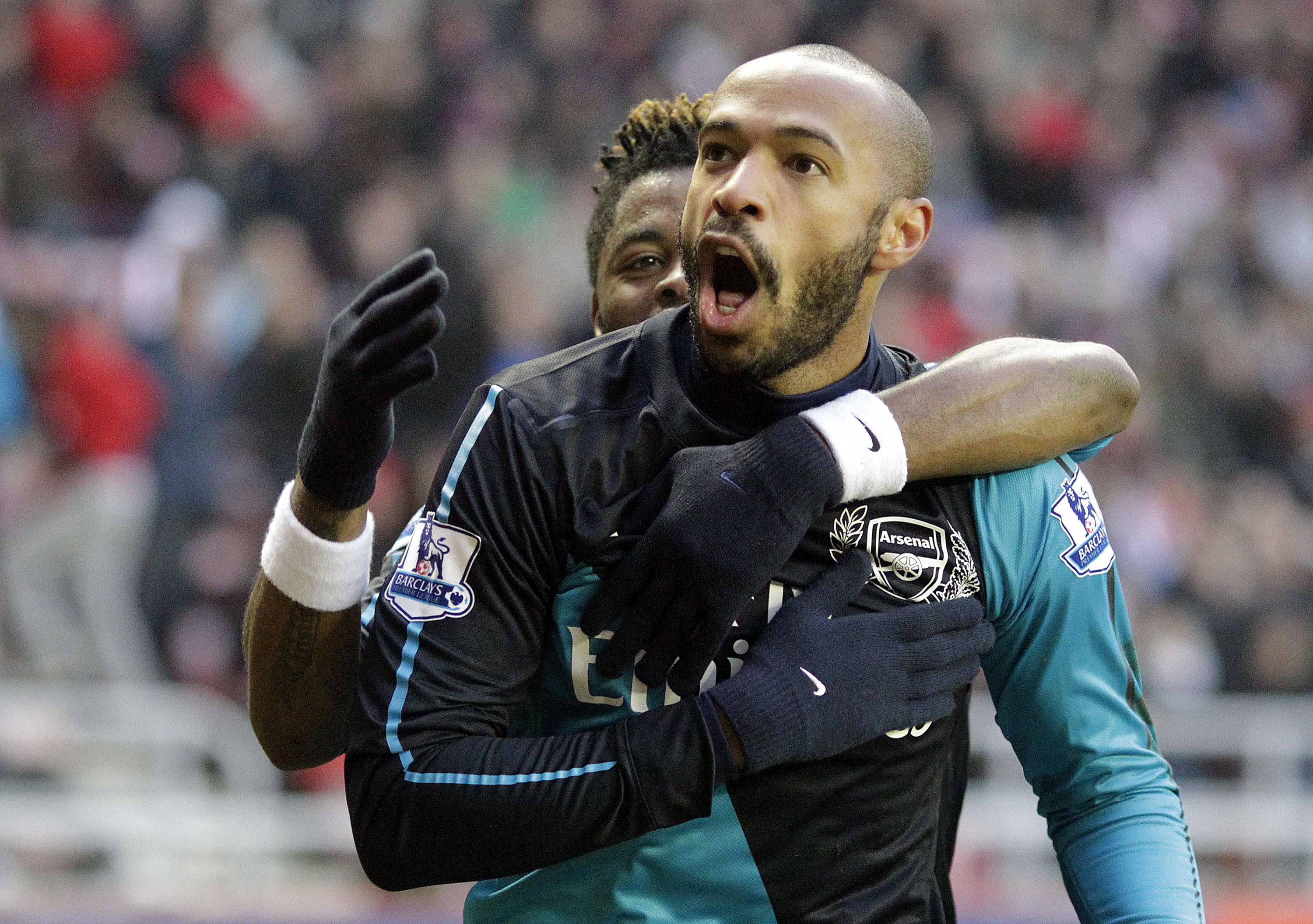 Thomas Eisfeld is perhaps unfortunate to be on these sort of lists given he was moved out before Arsenal had really invested serious time and money in him.

But the attacking midfielder threatened to be a useful player in a handful of pre-season runouts and scored in one of his two senior outings.

Alas, the Gunners allowed him a move to Fulham in 2014 and he currently plies his trade at Bochum. 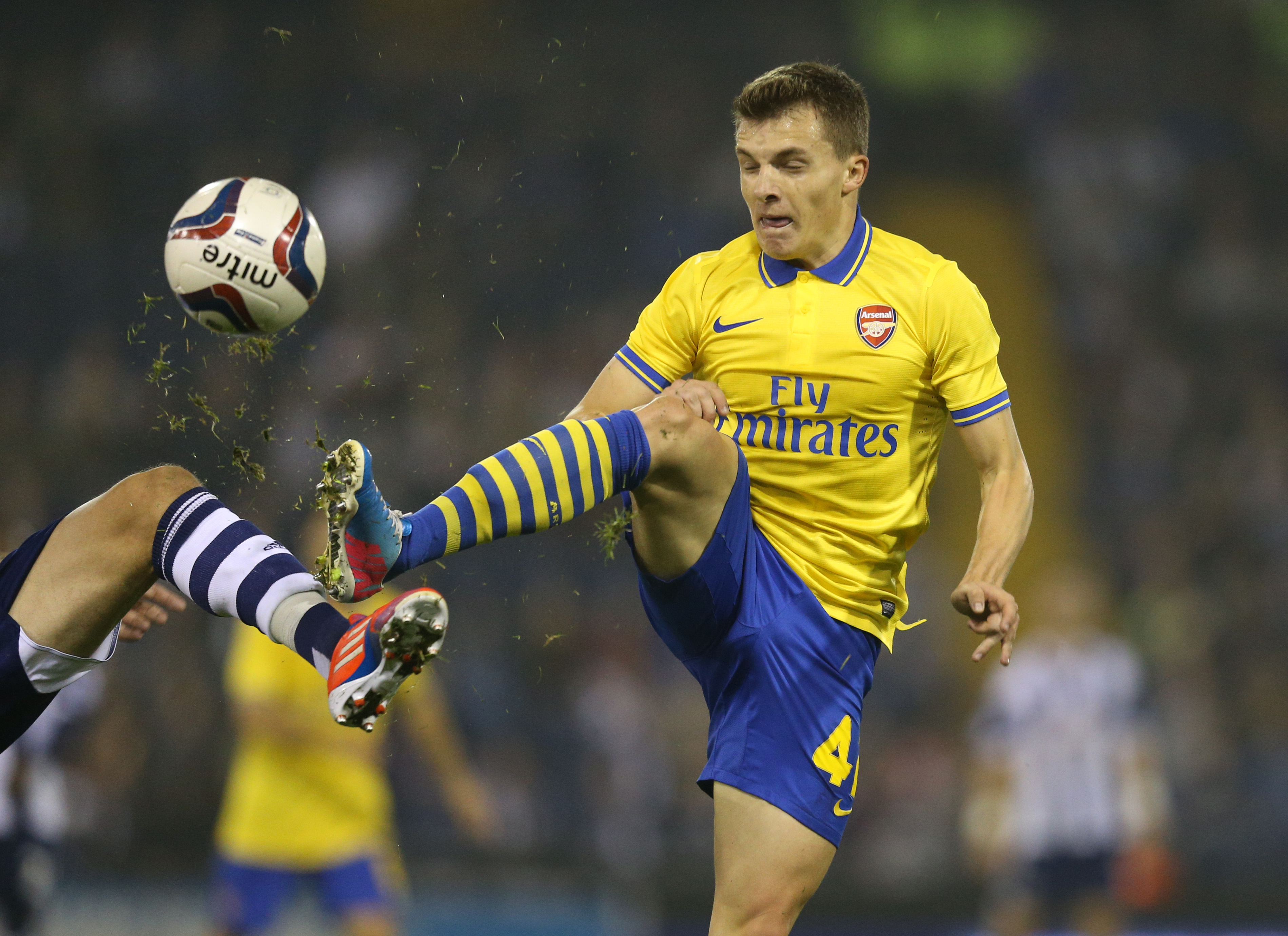 A difficult December of the 2005-06 season saw Arsenal lose their grip on a Champions League place after three defeats in a row without scoring.

Truly finding his feet the following campaign, he scored 62 times in 142 appearances – and the rest is history. 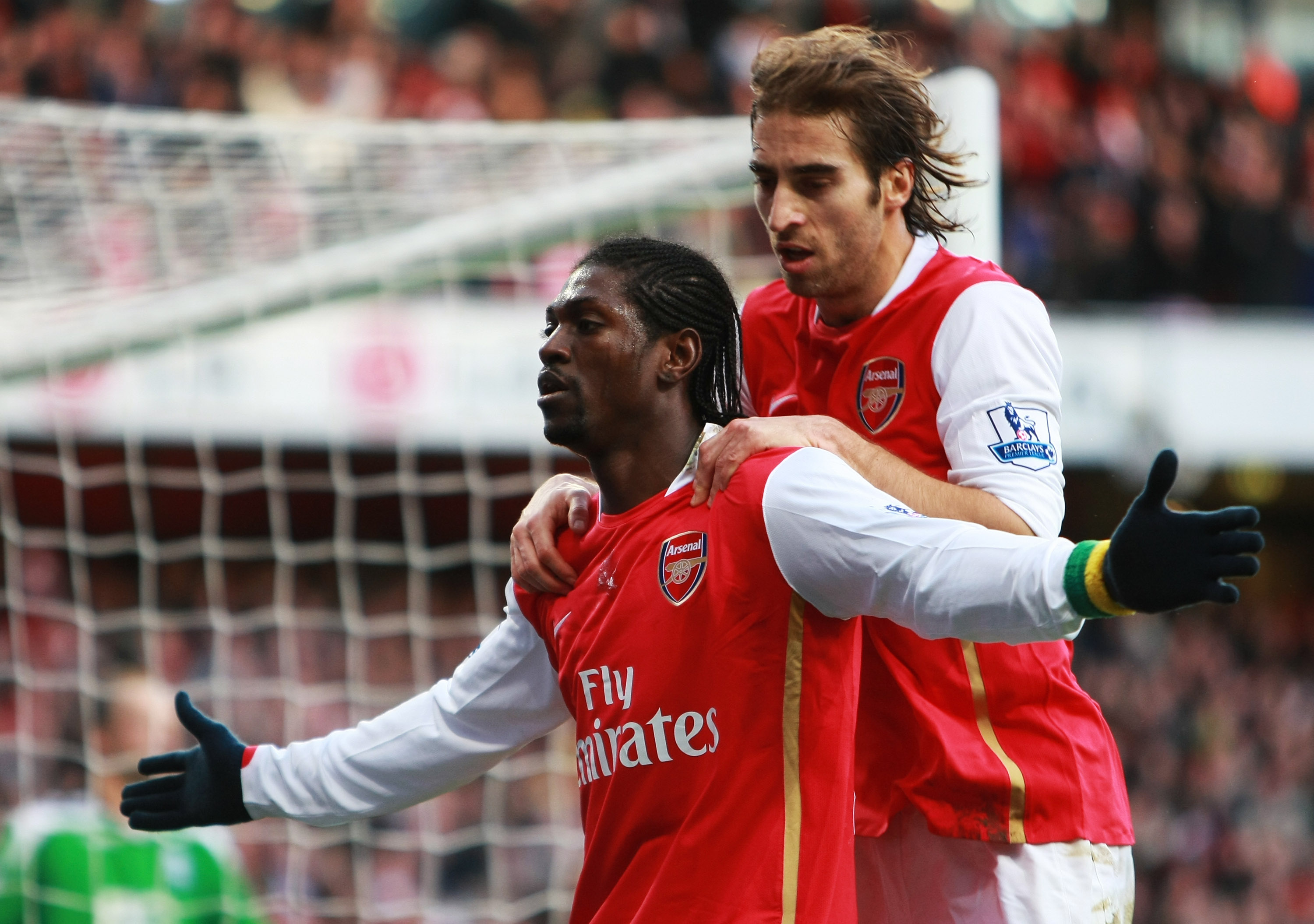 In a straight swap for Alexis Sanchez, Henrikh Mkhitaryan's arrival came amid Arsenal fans' latest frustration at selling a star player to a rival.

They need not have worried as the Chilean flopped up north, but their new signing did little better.

Unai Emery failed to find Mkhitaryan's best place in the team, constantly shunting him between the right flank and central midfield, before he left for Roma. 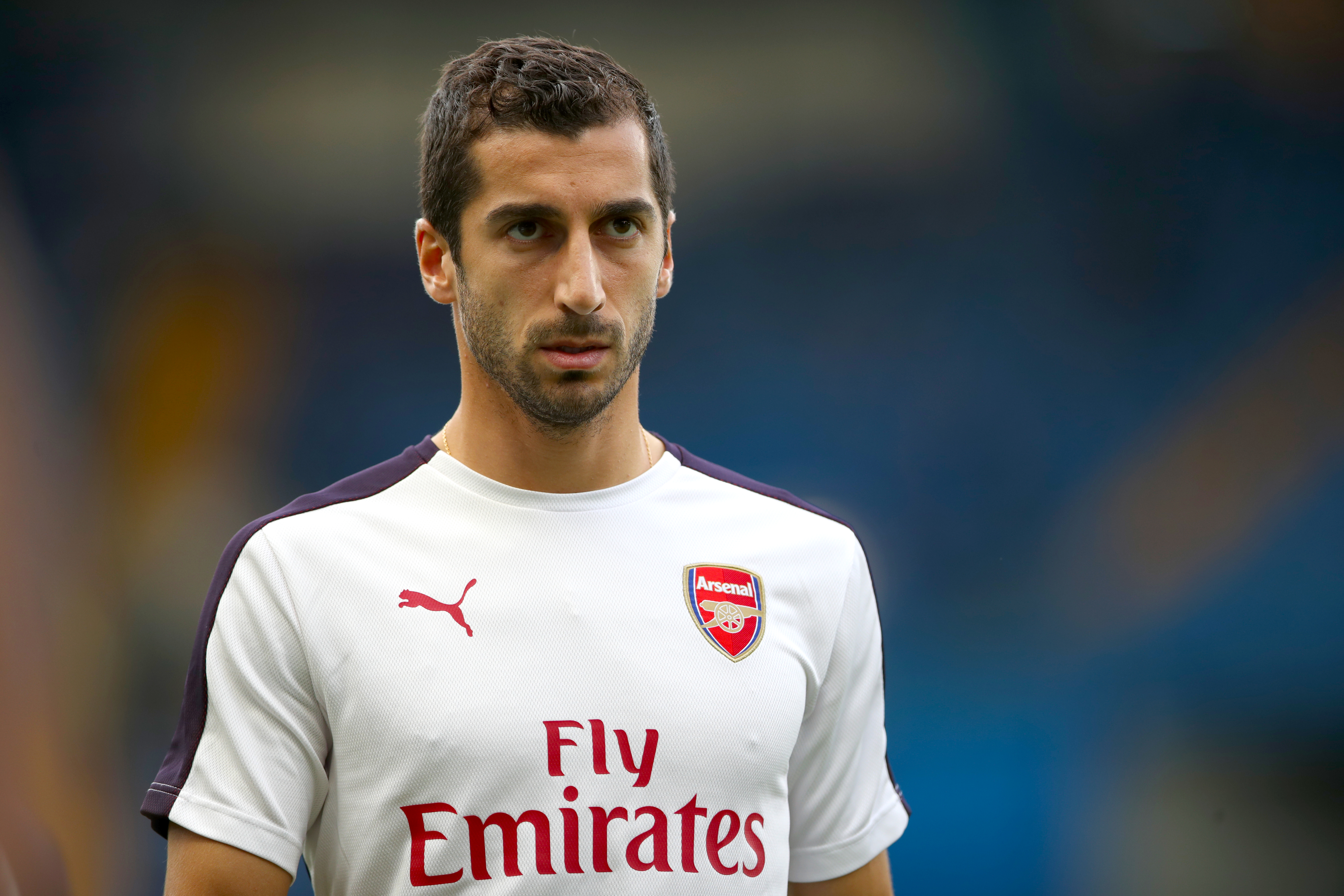 A great many Arsenal fans will always love Theo Walcott for his personality, endeavour and raw talent.

The cynic would highlight Walcott, and his minimal return of silverware, as an embodiment of Arsenal's decline over his time at the club. 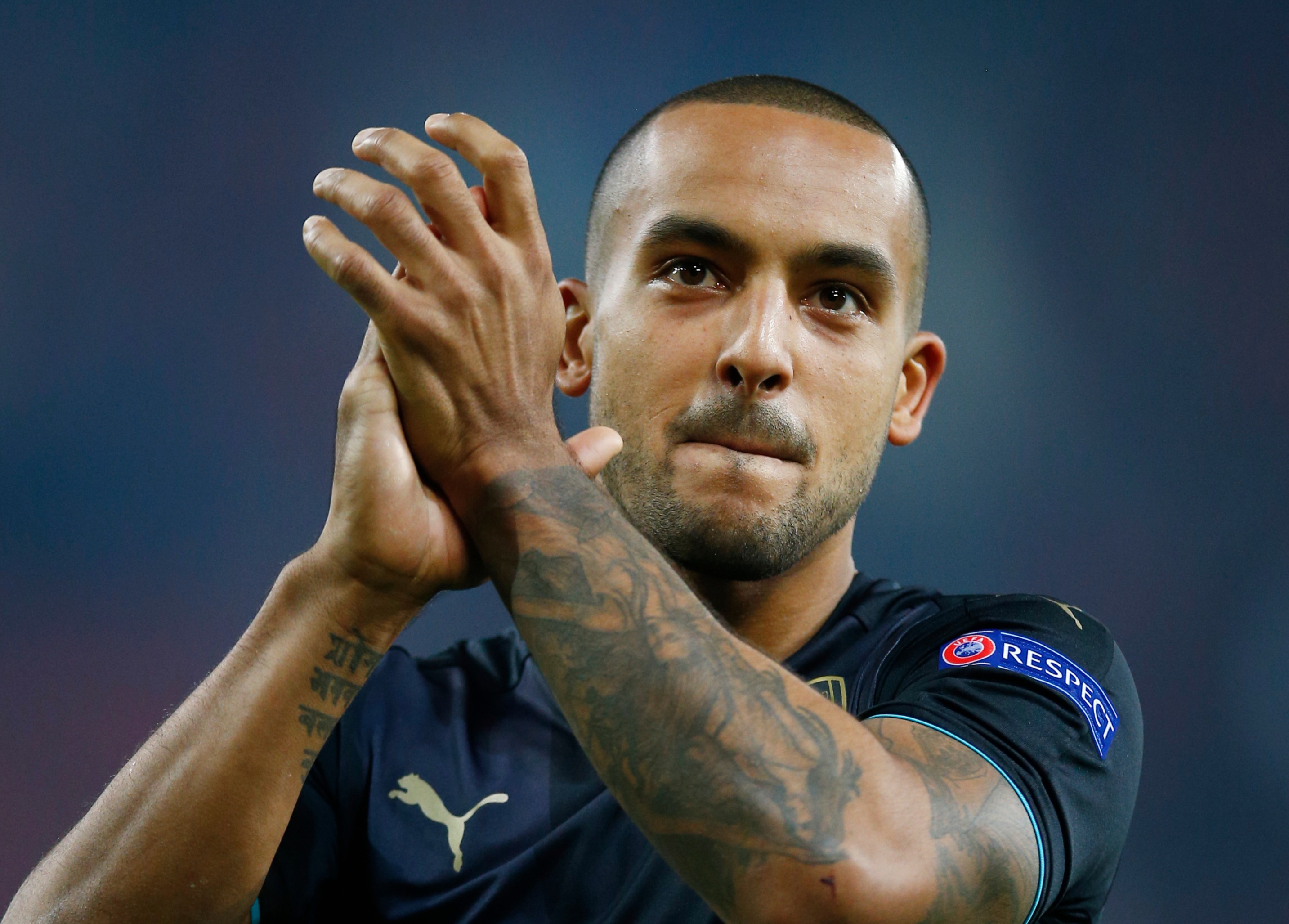 Arriving in January 2010, Samuel Galindo was earmarked for a few loan moves before attempting a first-team breakthrough.

At what point the club realised this was not going to happen is interesting to ponder.

After a spell with Salamanca, he was continually drafted out further afield, turning out for Bolivia's Sport Boys Warnes before a quiet exit in 2015. 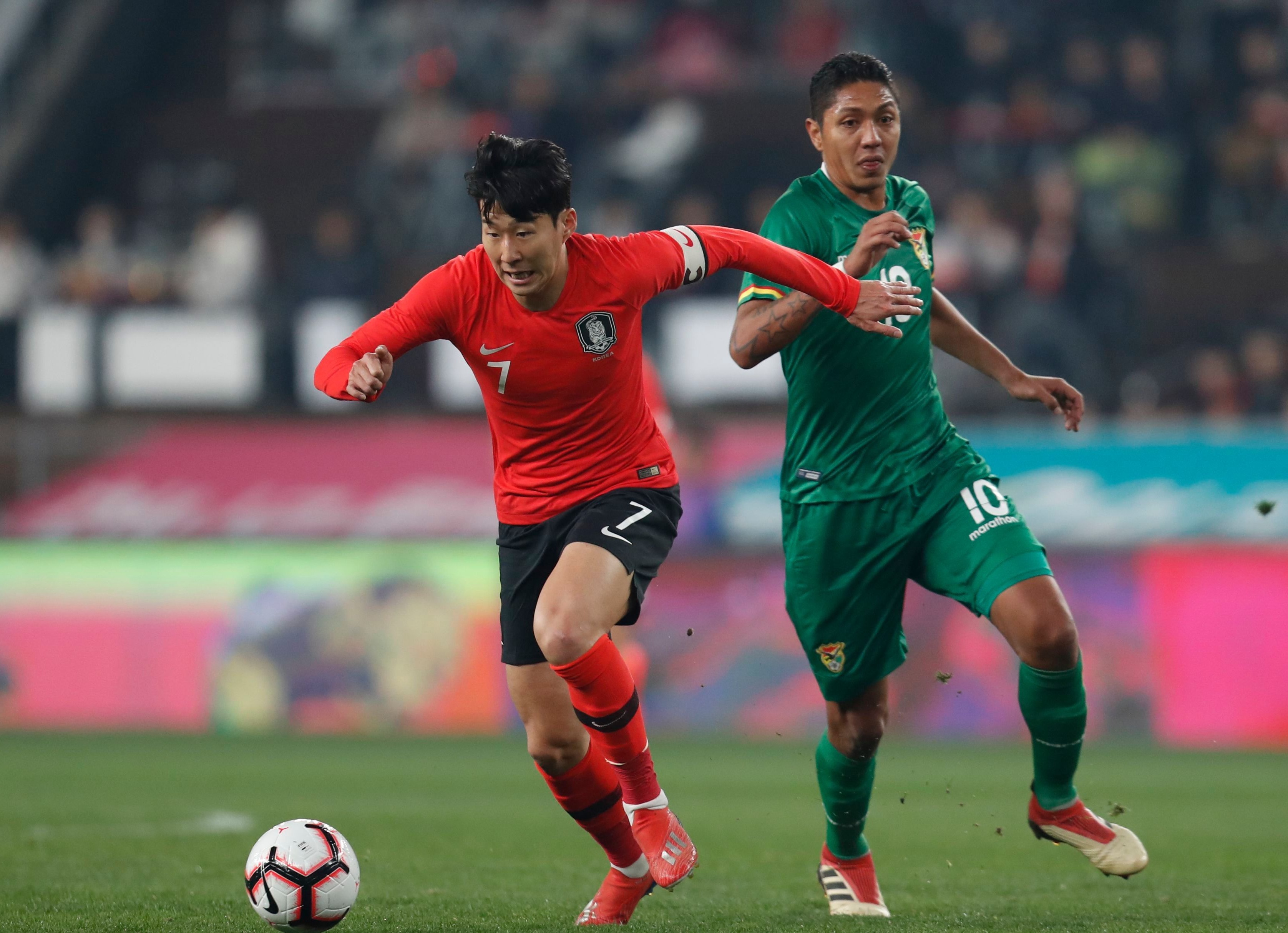 Strictly speaking, Kolo Toure signed for Arsenal in the February of 2002 but, given the January transfer window did not exit until a year later, we believe he is basically a mid-season arrival akin to the other names on this list.

And what a signing, the Gunners paid Ivorian side ASEC Mimosas pennies for the centre-back who clocked 41 appearances in his first full season.

A first-team regular in each of his seven campaigns in North London, he won a Premier League and two FA Cups. 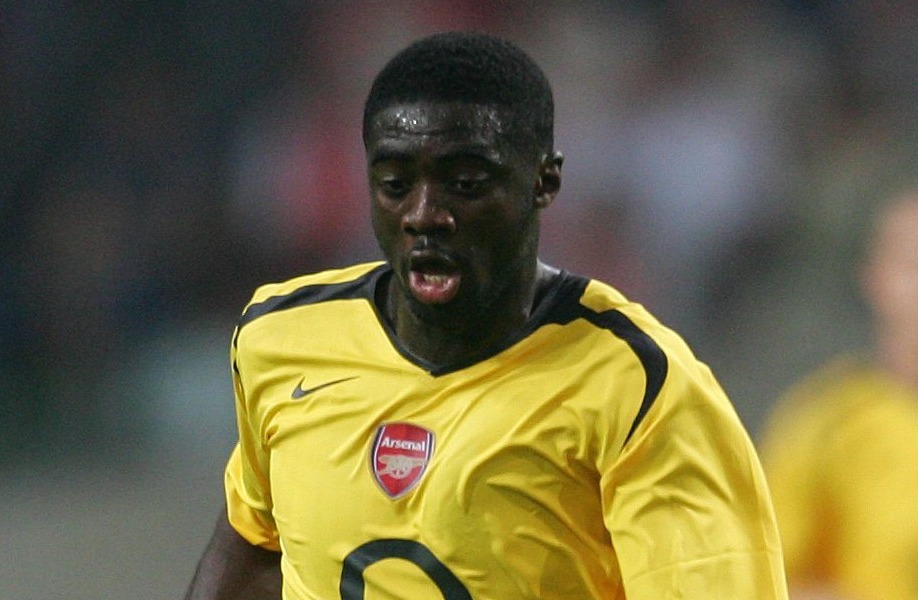 It is not just the fact that Barcelona loanee Denis Suarez did very little when arriving in January 2019.

After all, he was meant to be a squad player and came off the bench in six of eight games after he joined.

But Suarez then suffered a groin injury just as Arsenal hit a bump, fell out of the top-four and lost the Europa League final. Just when he might have been needed. 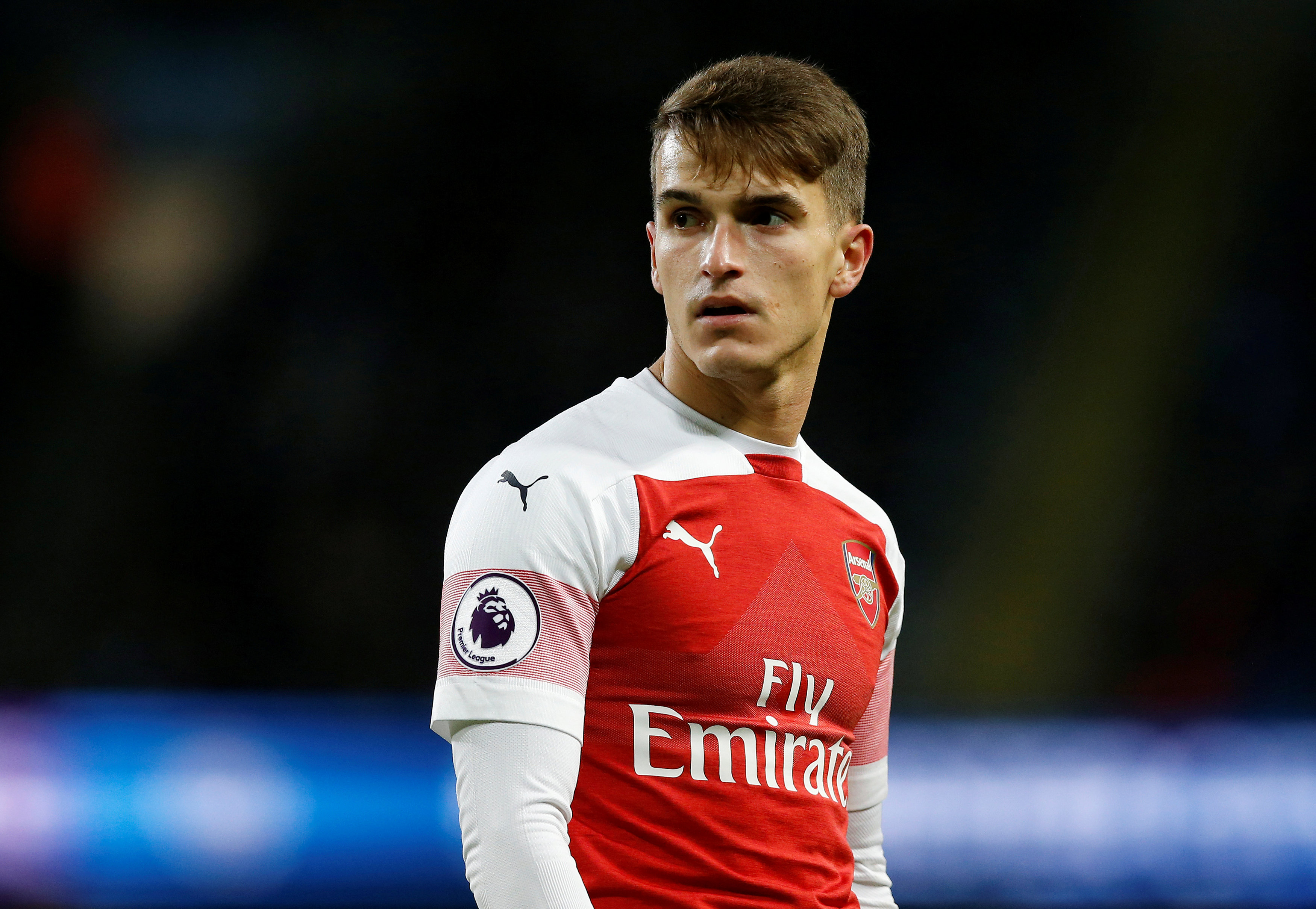 Is Nacho Monreal the most talented player on this list? No.

But he slipped under the radar to sign for a low fee, covered any position he was asked to play in, rarely got injured, popped up with vital goals en route to the 2015 and 2017 FA Cup wins, and never kicked up a fuss.

All that, in six-and-a-half years of service from a slightly opportunistic signing in an unfashionable position, makes for a cracking January transfer. 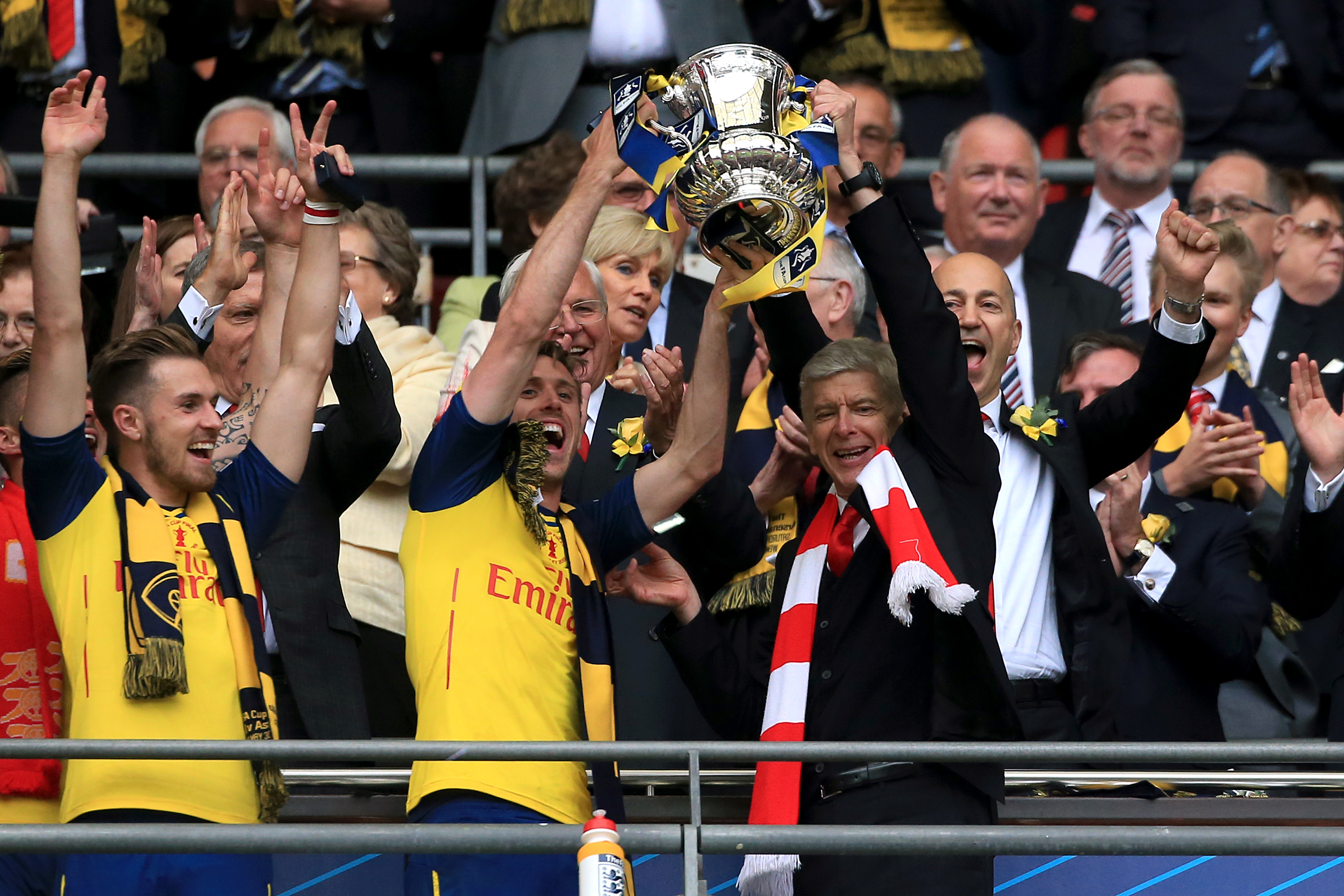 Some players arrive with a low degree of expectation but Kim Kallstrom appeared to be just what Arsenal needed in January 2014.

An experienced head to compete with young, raw midfielders such as Jack Wilshere and cement the Gunners' title challenge made for an ideal loan arrival.

Yet Sweden international Kallstrom was injured when he arrived, played just four games, and ended up in fan folklore as one of the oddest stints at the club in recent history. 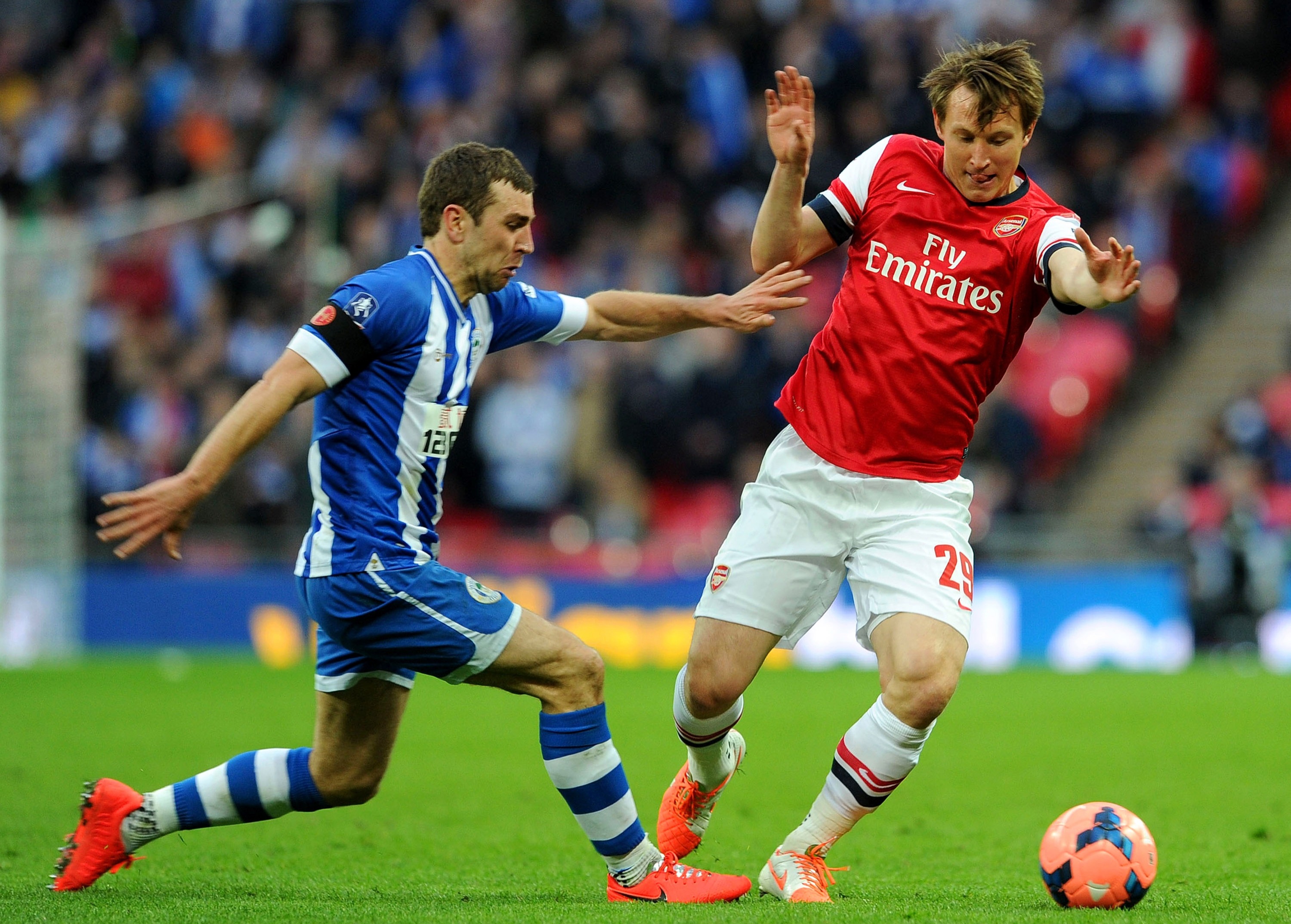