ANGRY Gooners had #ArtetaOut trending by half-time as Arsenal went on to lose their opening pre-season friendly to Hibs.

The Gunners were beaten 2-1 in Scotland with Emile Smith Rowe pulling one back with ten minutes to go. 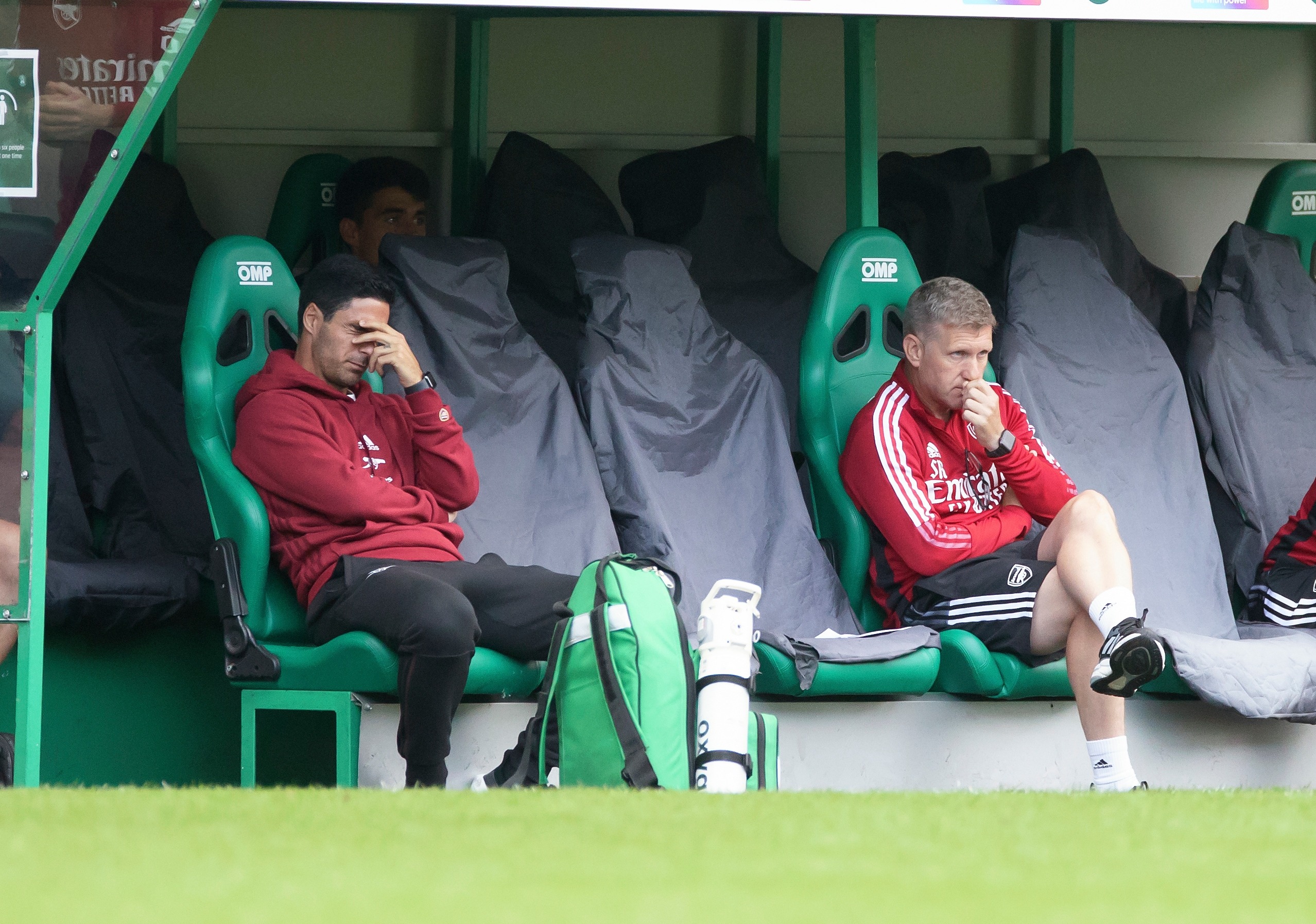 Okonkwo suffered a disastrous start to the game as he miss kicked Cedric Soares' back pass after only 21 minutes.

Martin Boyle went in to finish it off following the stopper's mistake and sub Daniel MacKay then made it 2-0 on 69 minutes.

Despite Smith Rowe's consolation, some Arsenal fans were left fuming and took their anger out on Spaniard Arteta.

One tweeted: "Conte is still available, I don't think trusting Arteta with signings is a good idea, he will surely be a great manager but he still needs experience #Artetaout."

Another posted: "Of course it ends in defeat,players know it’s the only way to get #ArtetaOut."

One wrote: "It’s about that time… #ArtetaOut."

Another tweeted: "First game of preseason and #ArtetaOut is trending. Some things never change."

Captain Pierre-Emerick Aubameyang, Willian, Alexandre Lacazette, Nicolas Pepe and Hector Bellerin were among the experienced players to have featured in the loss.

And while some supporters vented their anger towards Arteta, others were quick to remember it is only a friendly.

One tweeted: "Can’t believe people are getting worked up over a pre season friendly no point in even watching it, only for fitness anyway."

One argued: "Chill guys it's just pre season friendly, arteta is just getting to know the players staying and the ones leaving."