Astros' Justin Verlander to have Tommy John surgery, out through 2021: 'Obviously, this is not good news' 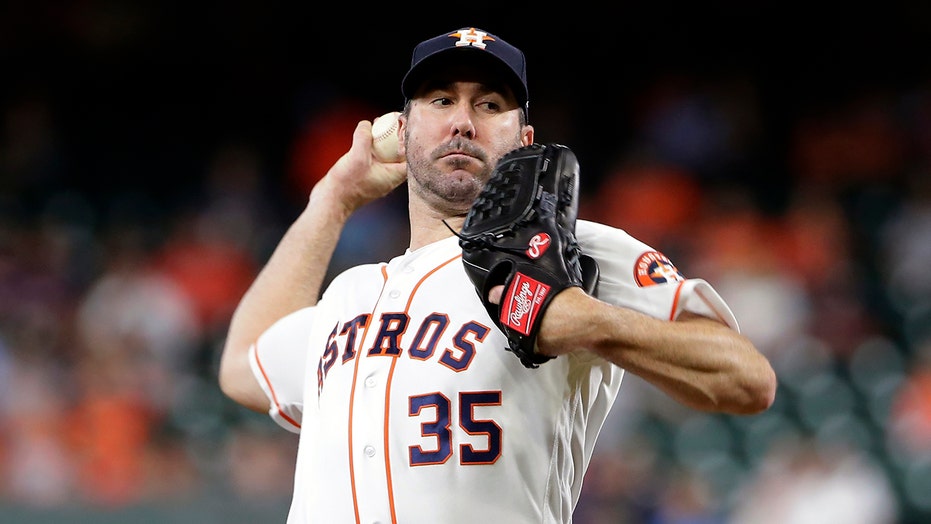 Houston Astros pitcher Justin Verlander announced Saturday he will undergo Tommy John surgery and is expected to be out through the 2021 season.

“In my simulated game a couple days ago, I felt something in my elbow, and after looking at my MRI and conversing with some of the best doctors in the world, we’ve determined that Tommy John surgery is my best option,” the veteran right-handed pitcher said.

“I tried as hard as I could to come back and play this season. “Unfortunately, my body just didn’t cooperate.”

Verlander has been on the injury list with a right forearm strain. He had groin surgery in March and would have missed the start of the season if the coronavirus pandemic didn’t delay it.

He beat the Seattle Mariners on opening day as he struck out seven.

He was 21-6 with a 2.58 ERA and had 300 strikeouts last season. He was named the American League Cy Young Award winner for the second time.

“Obviously, this is not good news,” Verlander said. “However, I’m going to handle this the only way I know how. I’m optimistic. I’m going to put my head down, work hard, attack this rehab and hopefully, come out the other side better for it.

Houston general manager James Click said he and Verlander talked about the rest of the season if the simulated session went well.

“Tuesday, we had long a conversation about what he was going to be able to give, and he was already mapping out ‘Can I come back and pitch on Monday against Seattle just given where we are in the standings, where they are in the standings?’” Click said. “We had a long talk about that. We had a long talk mapping out Wednesday then Monday then Saturday and what that does the rest of the way through.

“We had every expectation that if things went well Wednesday that we would have a conversation about whether Monday was against Seattle in a major league game or whether it was going to be another sim game against hitters here where we jump through that hoop.”

Click maintained that it was a big blow to the defending American League champion’s bid to get back to the World Series.