Pat Cummins and Mitch Marsh took three wickets apiece as Australia beat New Zealand by 71 runs to go 1-0 up in their three-match ODI series at a deserted SCG.

Cricket Australia had announced earlier in the day that no spectators would be admitted to the 48,000 stadium due to the coronavirus pandemic – with the same restrictions in place for the two remaining games.

But, despite the absence of supporters, the home side put on a strong performance as they posted 258-7 before bowling the Black Caps out for 187 in just 41 overs. 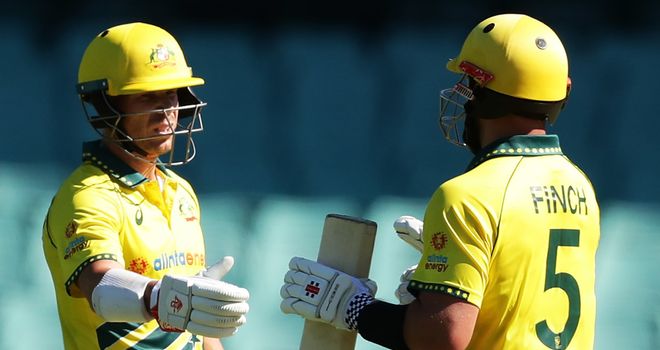 New Zealand’s slow left-armer Mitchell Santner (2-34) pegged the batsmen back in the middle overs, picking up the wickets of both Finch and Steve Smith (14).

Fellow spinner Ish Sodhi took 3-51 as Australia slumped to 146-4 before a spirited half-century from Marnus Labuschagne put them back on track.

Labuschagne (56 from 52) eventually departed in the final over, with some late blows from Cummins (14 not out) and Mitchell Starc (9no) raising the Australian total above 250. Opener Martin Guptill lifted the visitors’ hopes of chasing down their target with 40 from 73 deliveries, but the Black Caps struggled to build partnerships.

Cummins (3-25) dismissed Guptill and Jimmy Neesham (8) in successive overs, reducing New Zealand to 96-5 before Tom Latham (38 from 40) and Colin de Grandhomme shared a brisk stand of 51.

With the required rate climbing, Josh Hazlewood (2-37) had Latham caught in the deep and when De Grandhomme (25 from 26) holed out off Adam Zampa soon afterwards, the Black Caps’ chances faded. 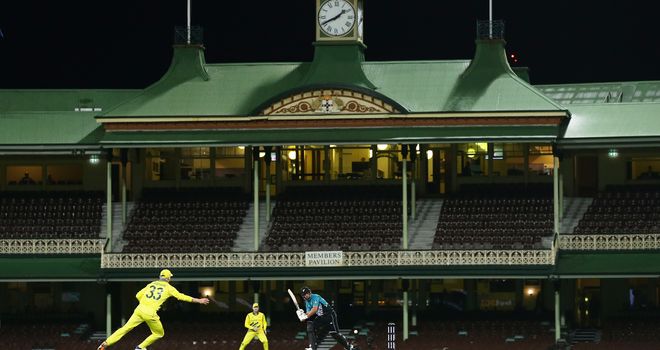 The match was played in front of an empty SCG, due to the coronavirus outbreak

Marsh (3-29) hastened their demise with the next two wickets before Cummins wrapped up his side’s victory, taking a return catch to remove Trent Boult (5).

Australia paceman Kane Richardson – who had been quarantined after reporting a sore throat on Thursday – was allowed to rejoin the squad after testing negative for coronavirus.

The second match in the series takes place on Sunday at the same venue, followed by a third meeting next Friday at Hobart.