Batista: I ‘starved’ after leaving WWE while pursuing acting career 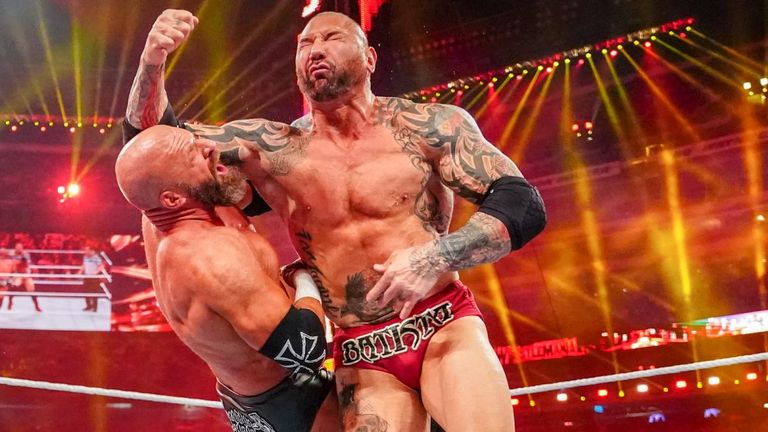 Batista has revealed he “starved for three years” after quitting WWE to pursue his dream of becoming an actor.

The man nicknamed The Animal first left sports entertainment in 2010 before returning for a brief run at the end of 2013, with a career in Hollywood his primary goal.

Several years of struggle followed before he was successful, eventually making a major breakthrough as Drax in Guardians of the Galaxy, and the journey came full circle earlier this year with his final WWE match, against Triple H at WrestleMania 35.

“I starved for three years,” he said in an on-stage question-and-answer session at Denver Pop Culture Con. “I went broke. I lost everything. I couldn’t get a job and I said that I will never go back to wrestling until I prove what I set out to prove, and that was that I can make it as an actor.