BAYERN MUNICH striker Robert Lewandowski became the joint-second highest Bundesliga scorer of all-time with a goal in his side's 3-1 win over Werder Bremen on Saturday.

The 32-year-old moved level with former Schalke man Klaus Fischer on 268 goals with a close-range finish after a defensive mix-up. 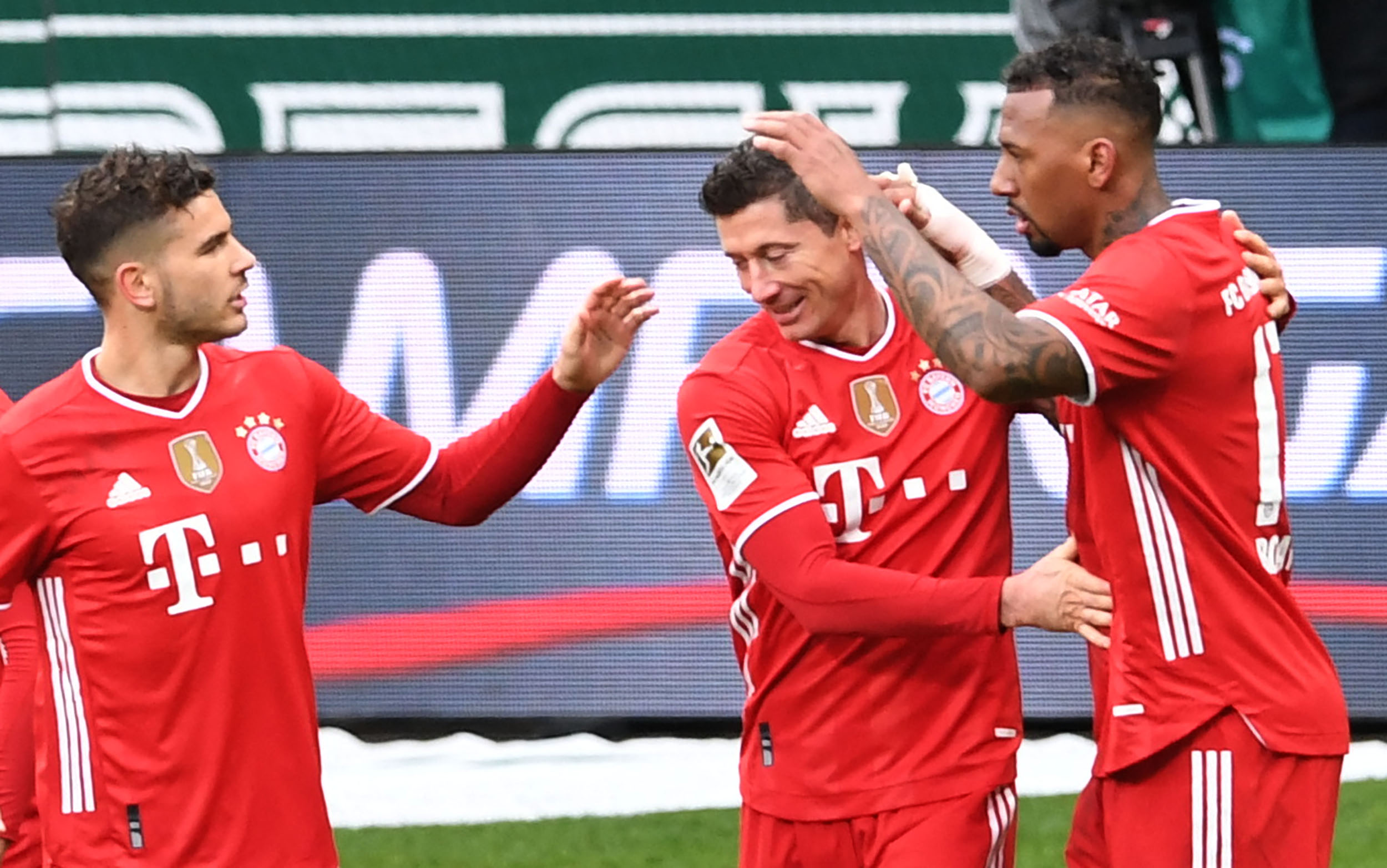 But he is still some way off breaking the record as German legend Gerd Muller remains 97 goals in front on a remarkable 365.

Lewandowski's 268 Bundesliga goals – of which 74 were for Borussia Dortmund and 194 for Bayern – have come in 345 appearances, 190 fewer than Fischer.

However, if he is to equal the all-time record in fewer games than Muller then he will have to net the 97 goals required in just 81 matches.

Bayern extended their lead over RB Leipzig at the top of the table to five points with a routine win away at Werder Bremen.

Leon Goretzka opened the scoring midway through the first half with a powerful header past Jiri Pavlenka.

And the German champions doubled their lead 13 minutes later when Serge Gnabry was set-up beautifully by Thomas Muller before finishing coolly. 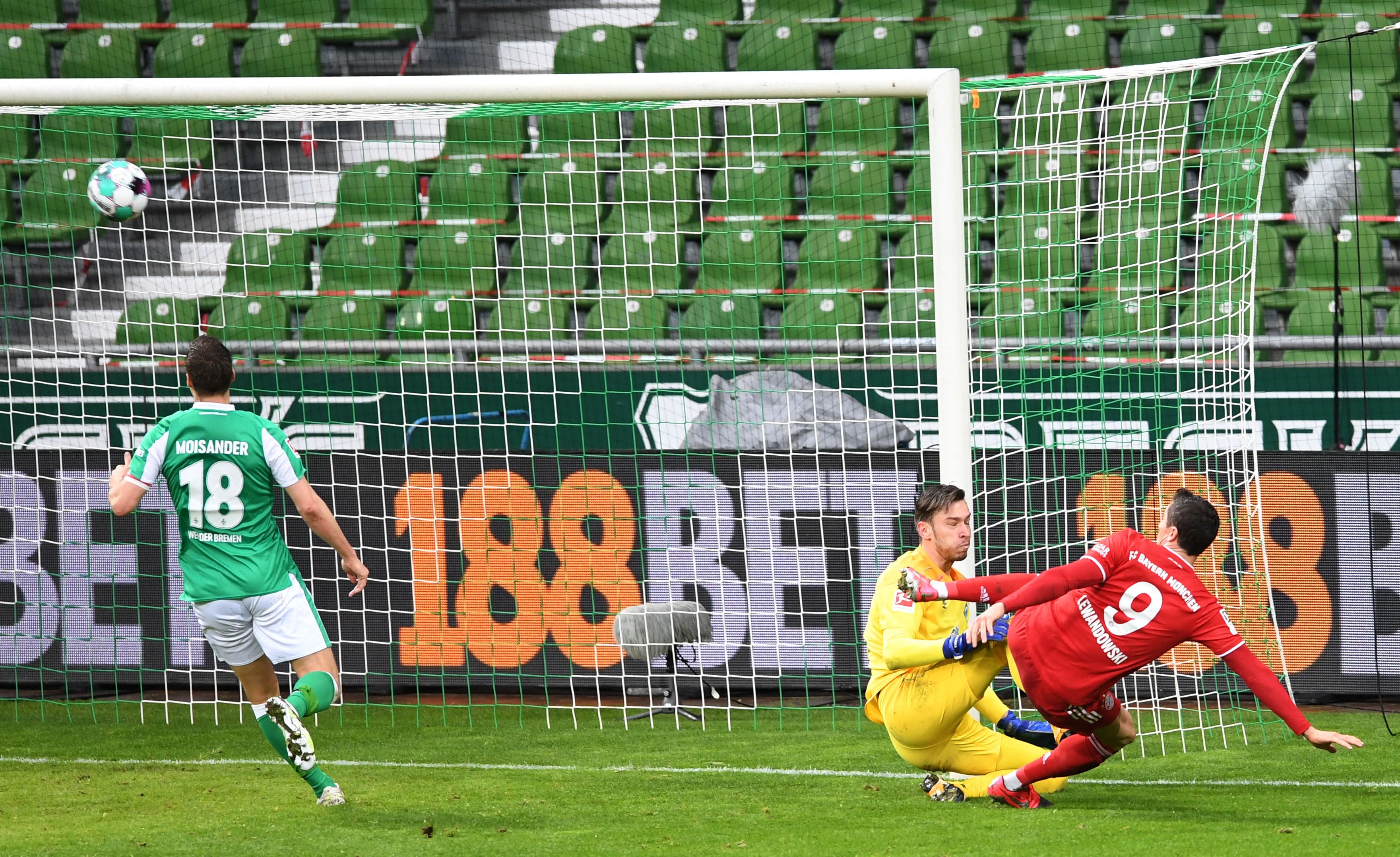 Lewandowski then capped off a comfortable victory by staying alert after the ball ricocheted off a defender to clip it beyond the on-rushing Pavlenka.

Niclas Fullkrug pulled one back for Bremen five minutes from time but it proved to be merely a consolation.

Bayern now turn their attention to the Champions League as they look to defend their European crown.

Hansi Flick's side take a 4-1 lead into the second leg of their last 16 tie against Lazio on Wednesday night.