THE AFRICA CUP OF NATIONS kicks off on Sunday in Cameroon with scores of Premier League stars taking part.

And SunSport has collated the tournament's best XI players – with those who ply their trade in England dominating. 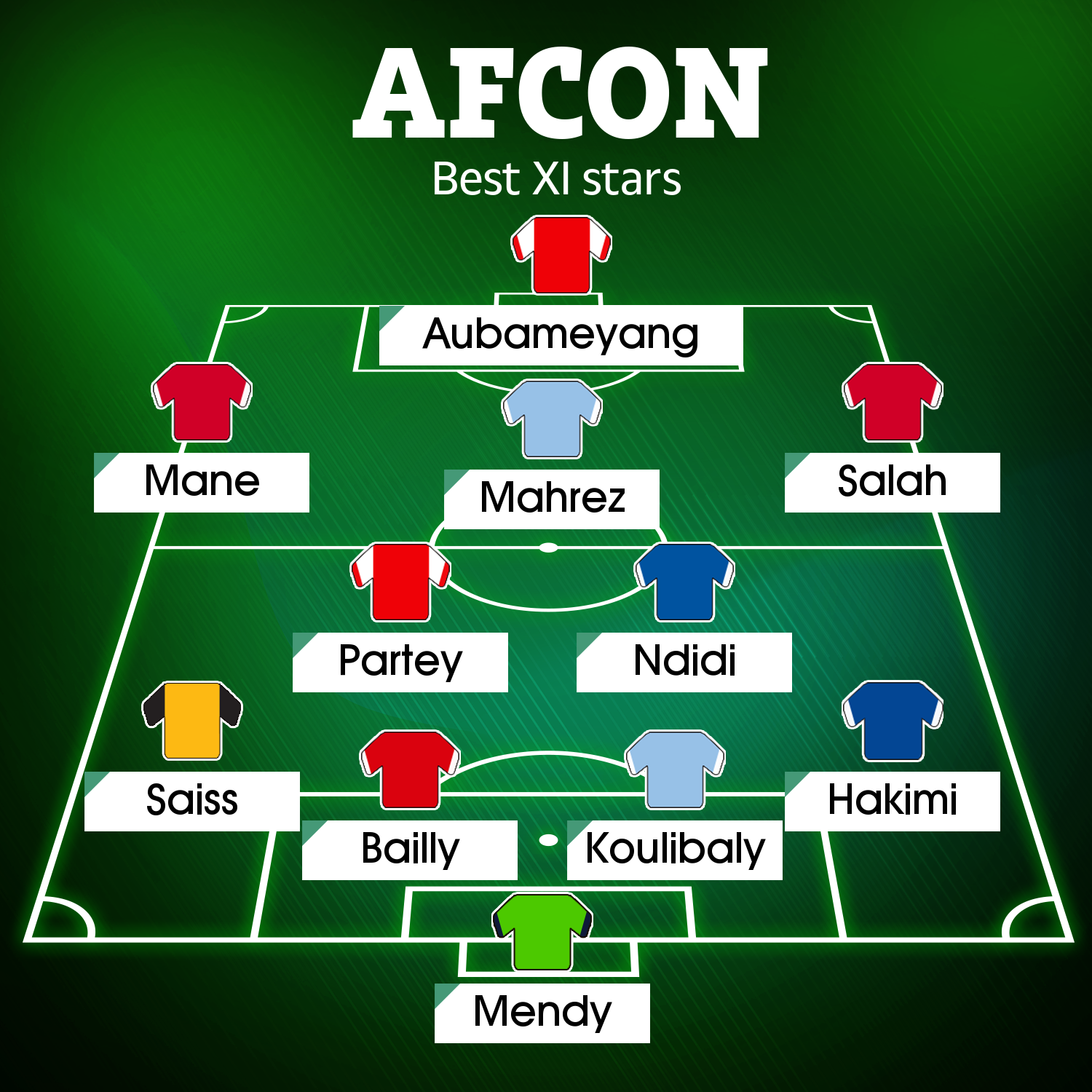 And he will need to be on top form between the sticks to keep out some of Africa's most talented strikers.

He will be helped by Napoli ace Kalidou Koulibaly in front of him – with the centre-back, 30, one of only two non-Prem star who make SunSport's XI.

But he will join up with Les Elephants as they look to reclaim their title as Africa's best team.

The full-back spots are taken up by two Moroccans.

WHAT'S ON THE MAN U?

Other players to look out for

With SunSport having picked our best XI players heading into the Africa Cup of Nations, here’s some other superstars to look out for who didn’t quite make the cut.

Wolves' Romain Saiss was part of Bruno Lage's victorious side who won at Old Trafford on Monday – and he even hit the bar with a free-kick.

And at right-back, Paris Saint-Germain's superstar Achraf Hakimi is a guaranteed starter.

Arsenal and Ghana star Thomas Partey is at the base of our midfield alongside Leicester's Nigerian ace Wilfred Ndidi.

And in attack is where the real big hitters come to play.

Salah will be looking to fire Egypt to glory while Mane will link up with Mendy – who he shared a private jet with to travel to the tournament – for Senegal.

Mahrez meanwhile will hope him and West Ham's Said Benrahma have what it takes to help Algeria defend their title and claim a third AFCON trophy for the nation.

And leading our line is Gunners outcast Pierre-Emerick Aubameyang.

Despite his exiled status at the Emirates under Mikel Arteta, the forward is a shoe-in for Gabon and will be hoping for goals as they begin their campaign against Comoros on Monday.