DUNCAN WATMORE wants to prove he is a master on AND off the pitch.

The Middlesbrough striker this week celebrated graduating from York University with a Masters degree with a distinction in International Business Leadership and Management. 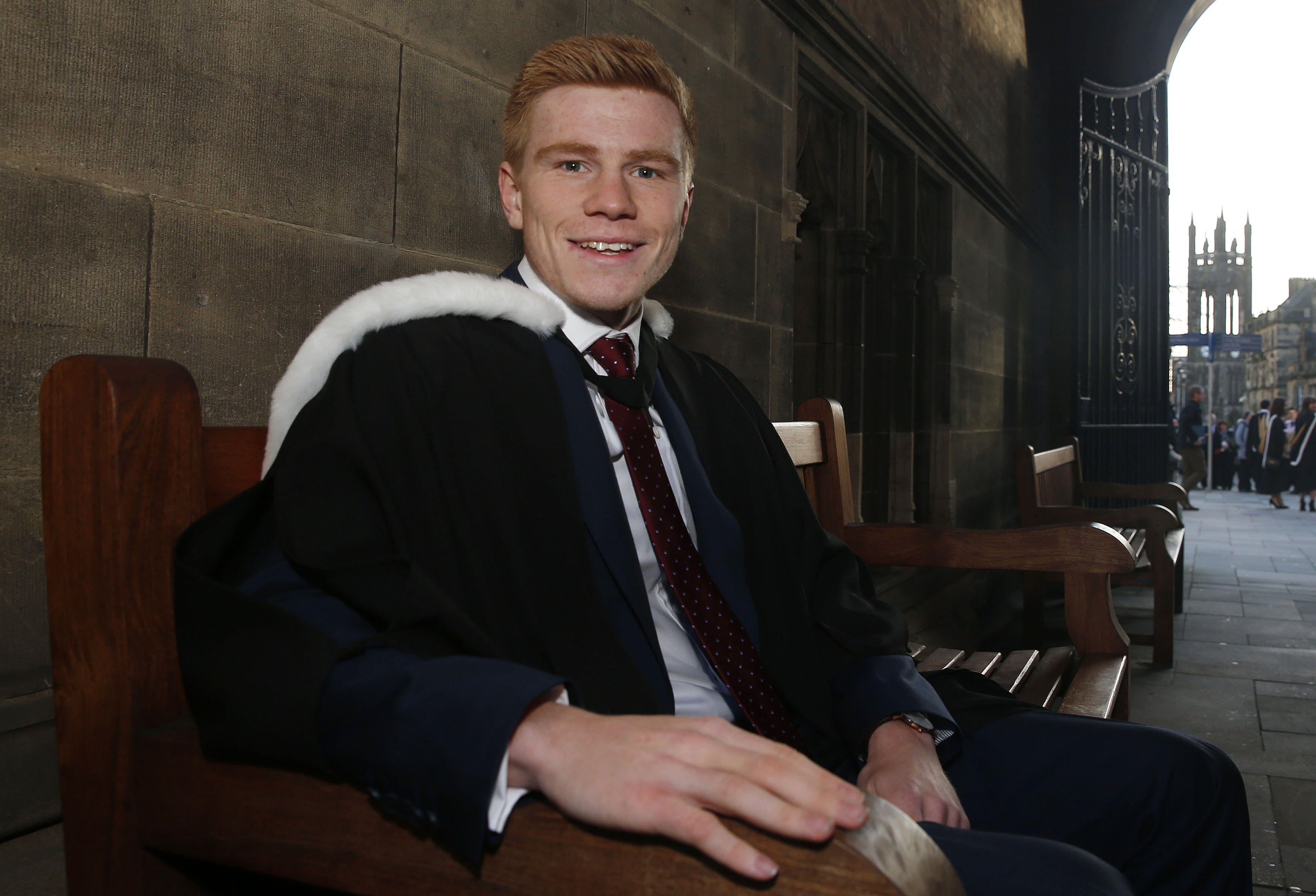 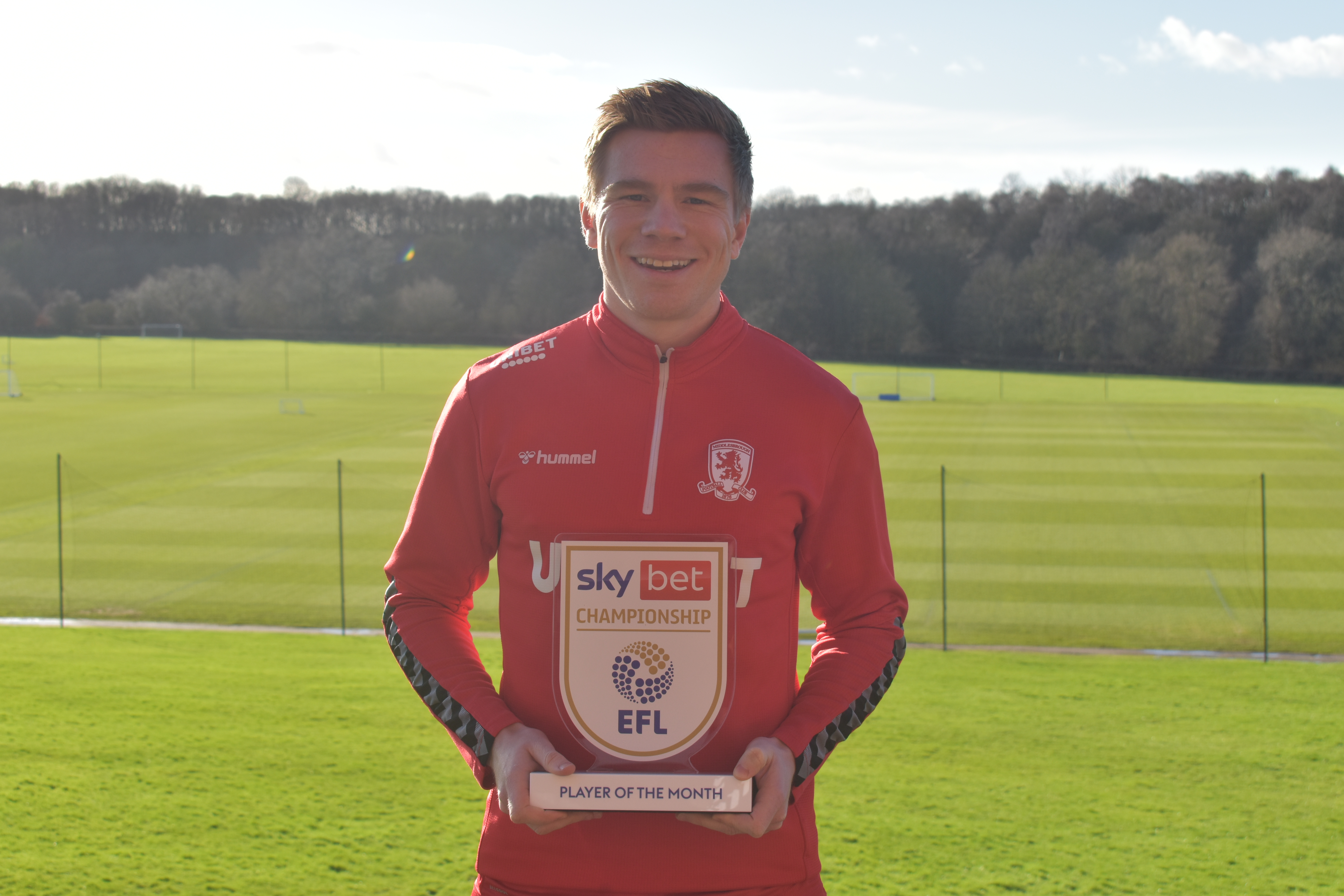 This came only a couple of weeks after he earned another distinction – being named SkyBet’s Championship player of the month after a storming start to life at Boro.

Watmore has had a horrendous four years with injuries – so it is no wonder he has been working on getting academic qualifications in case his career is cut short.

He admitted: “I don’t want to just identify as a footballer. I’ll always give 100 per cent and be as good as I can be but there are lots of other things in life.

“I enjoy the fundamental side of learning. I’ve always thought I can do something after football.

“There has always been a part of me that knows how short football can be, especially after those injury problems, so I always wanted that backup – to know I have a different string to my bow and a different career path I could choose.

“I’ve always enjoyed economics and business and just learning different topics. That mental stimulus is something I love.”

Since bursting on to the Premier League scene as a promising 22-year-old for Sunderland, Watmore has not had much luck since.

Two cruciate knee ligament injuries ruled him out for nine and 13 months respectively – plus an ankle problem – ruined his early career.

In that time he had to watch from the sidelines as Sunderland crashed from the Premier League to League One and then failed to get out of the third tier.

Then as Watmore felt his injuries woes were behind him, Covid-19 curtailed last season and he was released.

And it was not until Boro boss Neil Warnock decided to gamble on him in November he was able to play again after another frustrating nine months out.

Watmore told SunSport: “I’m happy after a tricky year where I couldn’t play because of coronavirus and being without a club.“It was so frustrating because I had got over my knee issues and was sharper in training and matches.

“Then I was without a club, knowing my body was in good condition, but other clubs hadn’t seen that in me because I’d barely been on the pitch. 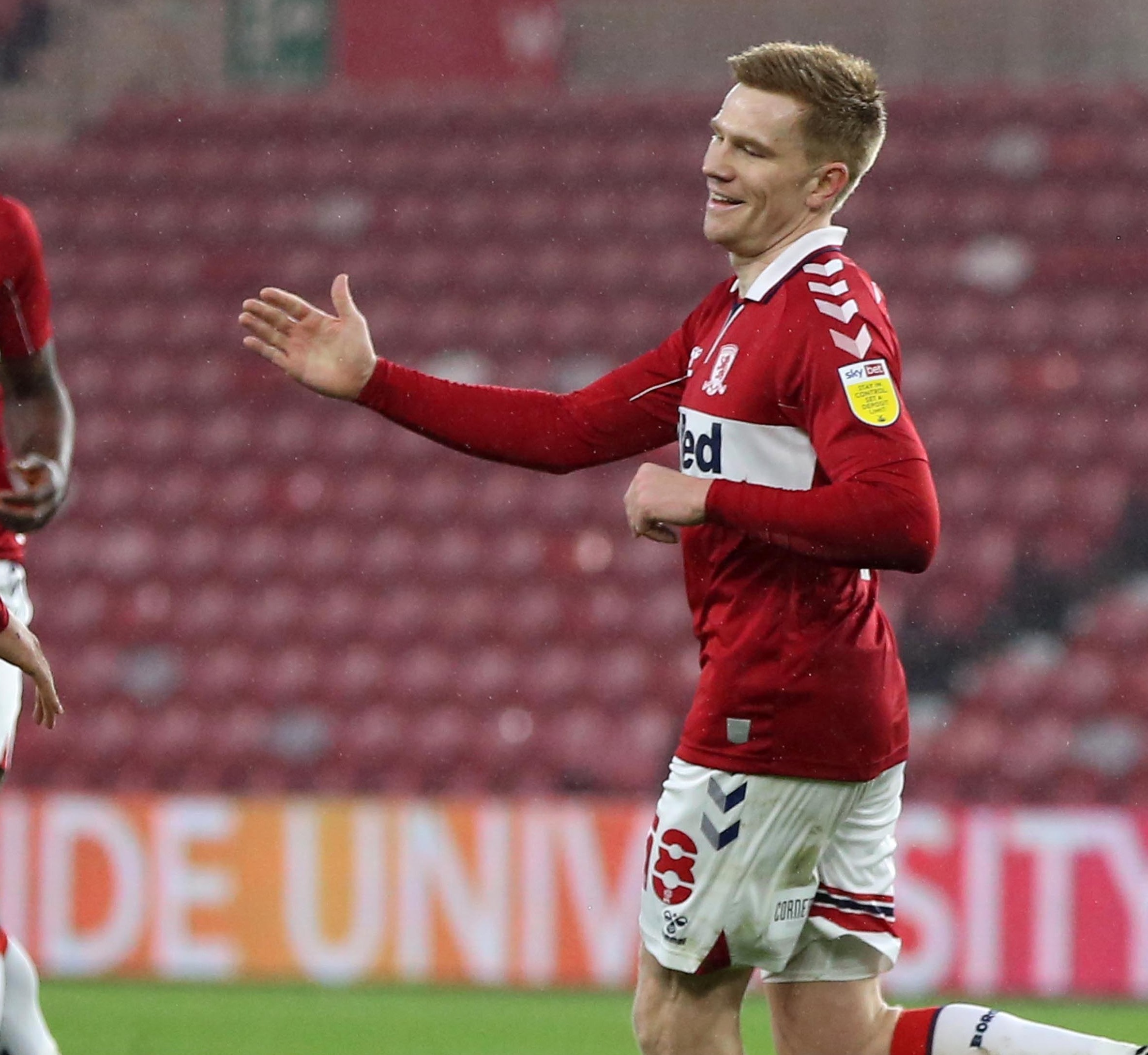 “I knew I had to work to put myself into that position.

“I put together a good plan. I trained during lockdown – as well as having rest days – and managed my body to get into the best physical shape.

“So even without a club I was able to stay fit and I’m physically in as good a place as I’ve been before.

“I just needed a club to take a chance and allow me to show my knee could hold up – and thankfully Boro did.”

Watmore said the opportunity to play for Warnock was too good to turn down – with the veteran boss, 71, winning four promotions to the top flight four times with Notts County, Sheffield United, QPR and Cardiff.

He said: “I had a couple of offers from League One clubs and some abroad – but as soon as I heard Boro were interested I wanted to come.

“Firstly because Neil Warnock is the manager. He has a good reputation.

“All the lads I met and the people around the club – as well as everyone I talked to – spoke so highly of Boro.”

I just needed a club to take a chance and allow me to show my knee could hold up – and thankfully Boro did."

The 26-year-old has rewarded Boro by scoring five goals in his nine starts so far.

Watmore has been deployed as a striker– despite playing almost always as a winger during his seven years at Sunderland.

Warnock did play him wide in the recent 2-1 win at Forest and praised him for his performance.

Watmore said: “I like playing in both positions. I enjoy playing down the middle because I feel I can score goals.

“Without wanting to use a cliché, I’m happy to play wherever I’m wanted. 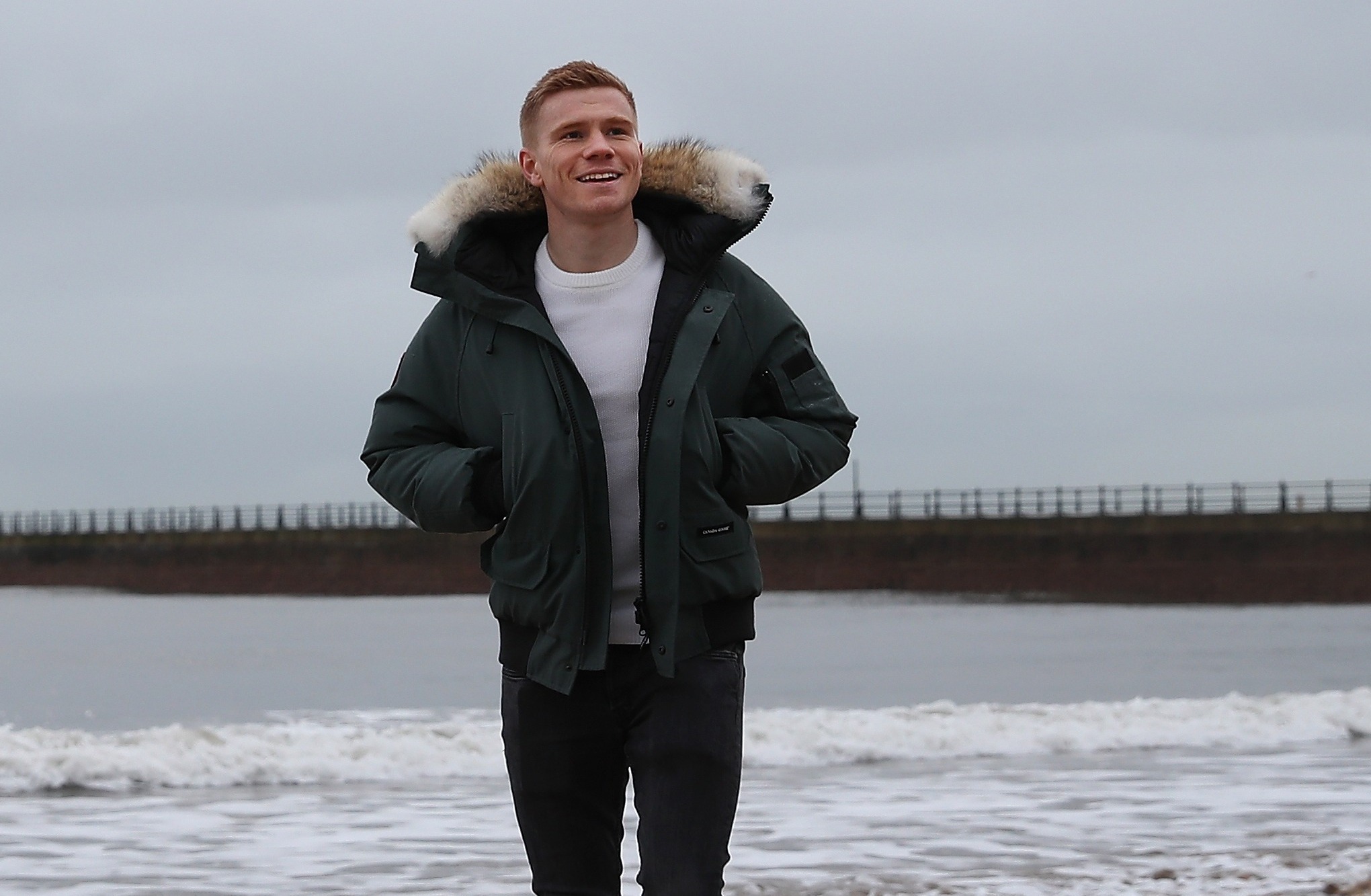 “If I’m going to get into the team by playing wide and tracking back then I am happy to do that.

“I’m always working on my fitness and energy levels to make sure I can get up the pitch and be a threat but also do the defensive work if required.

“The start I’ve had in terms of goals this season has been pleasing. I’ve always backed myself to score.

“But there will be times when I’m not scoring so will have to do much more defensive work and provide more support."

Warnock has impressed Watmore in his first few months at the club.

The striker said: “He has good deep knowledge of the game and is switched on.

“I know exactly what he wants from me when I step out onto the pitch.“

"He has a great sense of humour. Every day he’ll say something which makes you laugh. 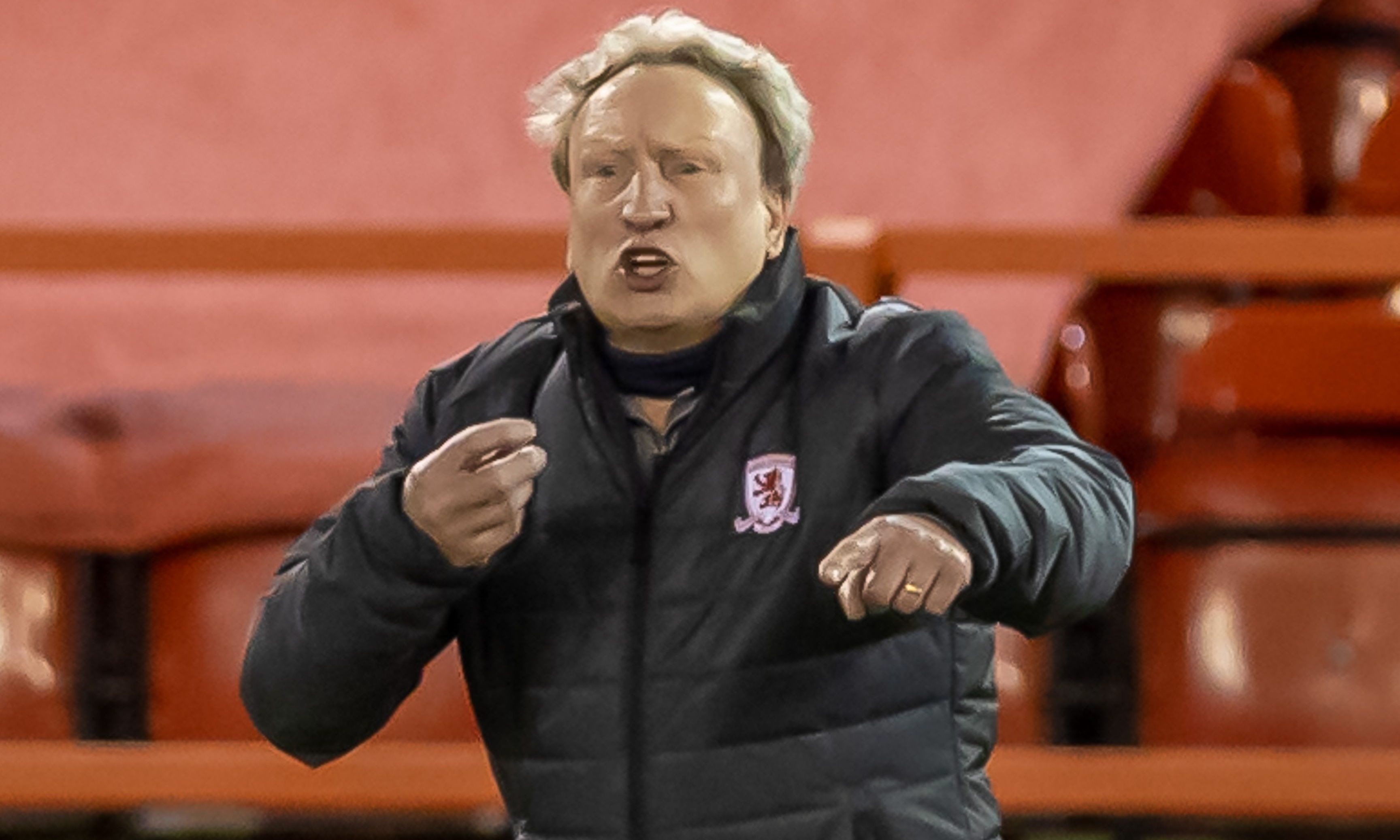 “But he’s serious when it comes to football.

“It’s balanced and I know all the lads feel the same. It’s a great environment.

“And he has that experience of getting teams out of the Championship multiple times and at multiple clubs.

“It’s a great feeling to know you have a manager who has done that and you can trust him. Trust is an important thing.”

Watmore’s form has inevitably linked him with Premier League clubs – West Brom and Burnley among them.And he would love to return to the top flight and believes it is possible at Boro.

He said: “I’m just grateful to be playing football. The injuries I had were horrendous. There were times I thought I’d not play again and that this was the end of the road.

“And sometimes it’s easy to get caught up having too many goals and ambitions.

I’m just grateful to be playing football. The injuries I had were horrendous. There were times I thought I’d not play again and that this was the end of the road."

“I’ve learned it’s important to appreciate what you’ve got and keep things in perspective.

“It’s a tough world out there right now and I’ve a job and am lucky to be in the position I am.

“I just want to be the best I can be.

“If I got into the Premier League again with Boro that would be fantastic. That is the goal of everyone at the club and it’s something we’re striving towards.”

Meanwhile Watmore is currently spending his spare time reading the book Kleptopia: How Dirty Money is Conquering the World.

He said: “It’s about financial corruption in governments across the world. It’s quite alarming.”

Watmore is certainly not your everyday footballer.