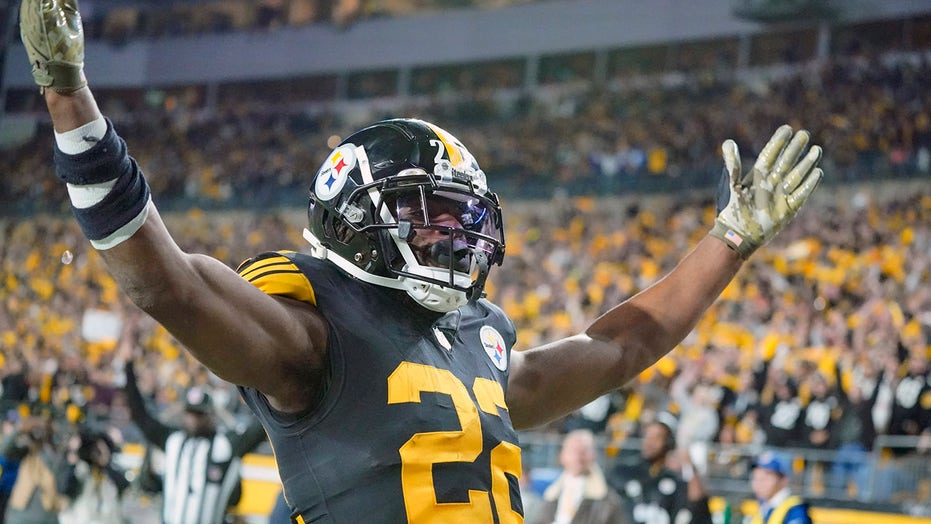 Chris Boswell hit a 40-yard field goal with 26 seconds to go as the Pittsburgh Steelers held off the sloppy, mistake-prone Chicago Bears 29-27 on Monday night.

Boswell’s third field goal capped a frantic fourth quarter in which the Bears rallied from a 10-point deficit to take the lead, only to watch Ben Roethlisberger respond with the 50th game-winning drive of his 18-year career.

Pittsburgh (5-3) appeared to have things well in hand, leading 23-13 midway through the fourth quarter. Then Chicago’s DeAndre Houston-Carson returned Ray-Ray McCloud’s fumbled punt return 25 yards for a touchdown, and Justin Fields found Darnell Mooney for a 16-yard strike with 1:46 remaining to give the Bears a 27-26 lead.

It didn’t last. Roethlisberger directed the Steelers 52 yards in seven plays — aided by Chicago’s 12th penalty of the night — to set up Boswell for the winner.

The Bears (3-6) made it to midfield as time wound down, but Cairo Santos’ 65-yard field goal attempt into the closed end at Heinz Field was well short.

Freiermuth hauled in a 4-yard scoring pass from Roethlisberger in the first quarter and added a leaping 10-yard grab in the third.

Roethlisberger completed 21 of 30 passes for 205 yards without an interception to help coach Mike Tomlin move into second place on the franchise’s win list behind Chuck Noll. Tomlin has 150 victories, one more than predecessor Bill Cowher, who joined Noll in the Hall of Fame over the summer.

Fields and Chicago’s offense struggled for three quarters before coming alive in the fourth. The 11th overall pick in this year’s draft passed for 291 yards and a score and ran for another 45 but it wasn’t quite enough.

The Bears hoped the return of David Montgomery from a knee injury that sidelined Chicago’s leading rusher for more than a month would take a little bit of the pressure off Fields to try and do everything for the league’s worst offense.

Nope. While Montgomery looked fresh, the Bears remained largely a disjointed mess until the fourth quarter. Fields seemed to spend as much time before the snap pointing his teammates in the right direction as he did surveying the defense. The result was another shaky performance for a team now in a four-game freefall.

Bears: Are off next week, then welcome Baltimore to Soldier Field on Nov. 21.

Steelers: Host Detroit next Sunday. Pittsburgh has won its last five meetings with the Lions.