BRAVEMANSGAME had Paul Nicholls comparing his latest star to Denman after a Challow Hurdle rout at Newbury.

Gold Cup hero Denman took this race back in 2006 and 14 seasons later Nicholls has found another to get him excited. 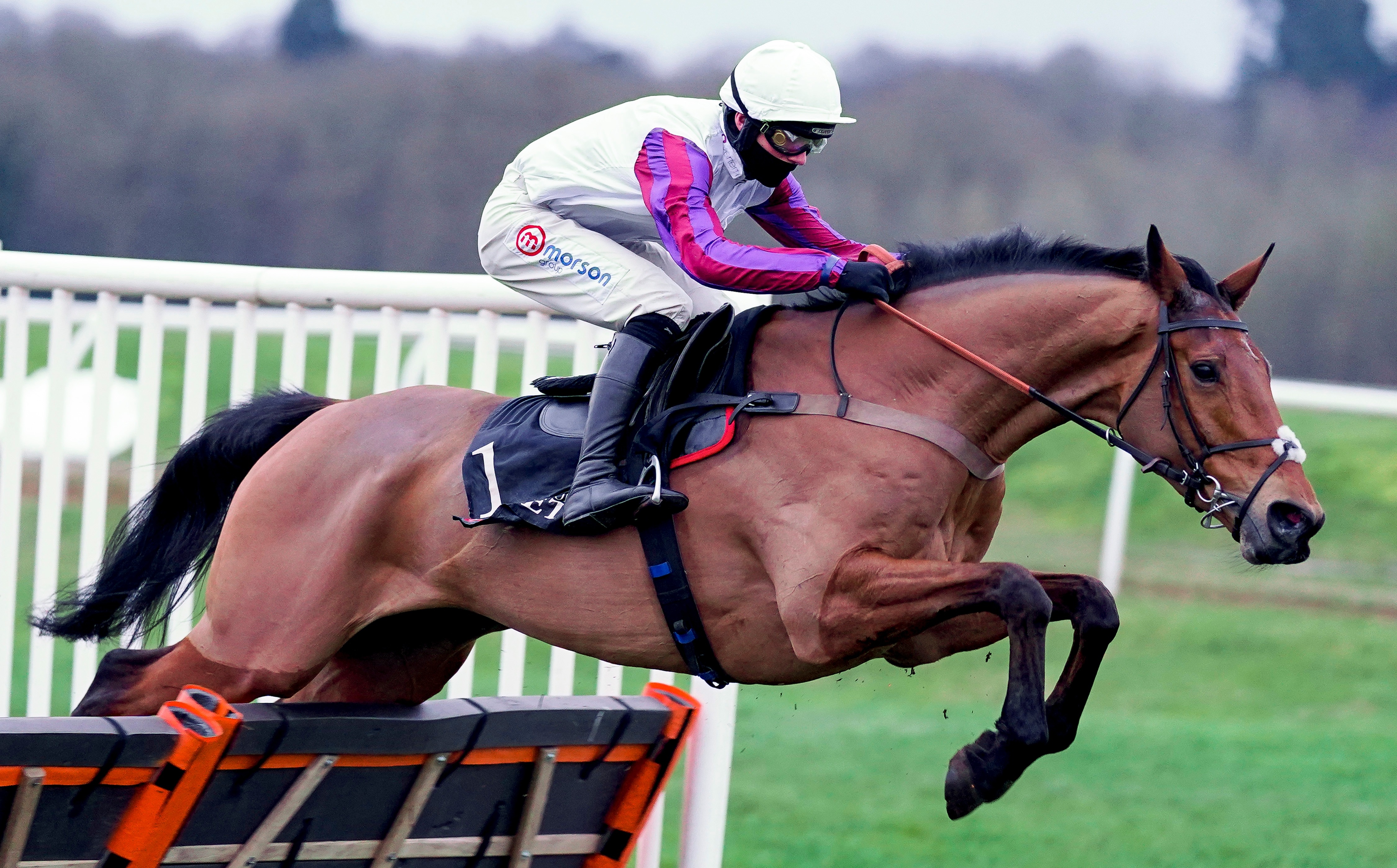 And the bookies were impressed too as the ten-length Grade 1 romp shot Bravemansgame into favouritism for the Ballymore Hurdle at the Cheltenham Festival.

Jockey Harry Cobden was happy to let the horse take the field along much of the way and he extended away with ease up the long straight.

Evan Williams’ Star Gate was a distant second with Glancing Queen the only other finisher.

Nicholls grinned: “He’s a big scopey horse, now a Grade 1 winner and to be honest he’s probably got more boot than Denman.

“At the same stages of their careers, this one is really heading that way and he’ll be a lovely chaser too.

“I’m not saying he’s Denman yet, but he’s gone down the same route and we’d like to think that’s the kind of horse he’ll turn out to be. And that’s saying something.

“He’ll definitely be going to Cheltenham now, whether we squeeze one run into him beforehand we’ll see.”

Cobden was only seven when Denman won the Challow Hurdle, but he already thinks Bravemansgame is his best hope of a Festival winner.

He said: “He doesn’t do loads in front, but was always pricking his ears when they came to him up the straight.

“Looking at it now, this horse would have to be my best chance of getting a Festival winner.

“He just doesn’t do anything wrong. He travels well, isn’t lazy, jumps well and stays. And after today he’s probably quicker than I thought too.”