Bryson DeChambeau labelled ‘classless’ for complaints over putt not being conceded

Bryson DeChambeau was branded “classless” after appearing to complain about a European decision not to concede a putt early in his Ryder Cup fourballs match on Saturday.

The American playing alongside Scottie Scheffler, was left with a short putt to halve the opening hole after Viktor Hovland missed a chance to give himself and Tommy Fleetwood an early lead.

DeChambeau duly rolled the ball into the hole but did not seem happy that he had been made to do so as he laid his putter on ground after taking his shot.

Even though DeChambeau was using an elongated putter, the gesture was meant to indicate the putt had been “inside the leather”, or shorter than the distance from club head to bottom of the grip and could have been conceded. 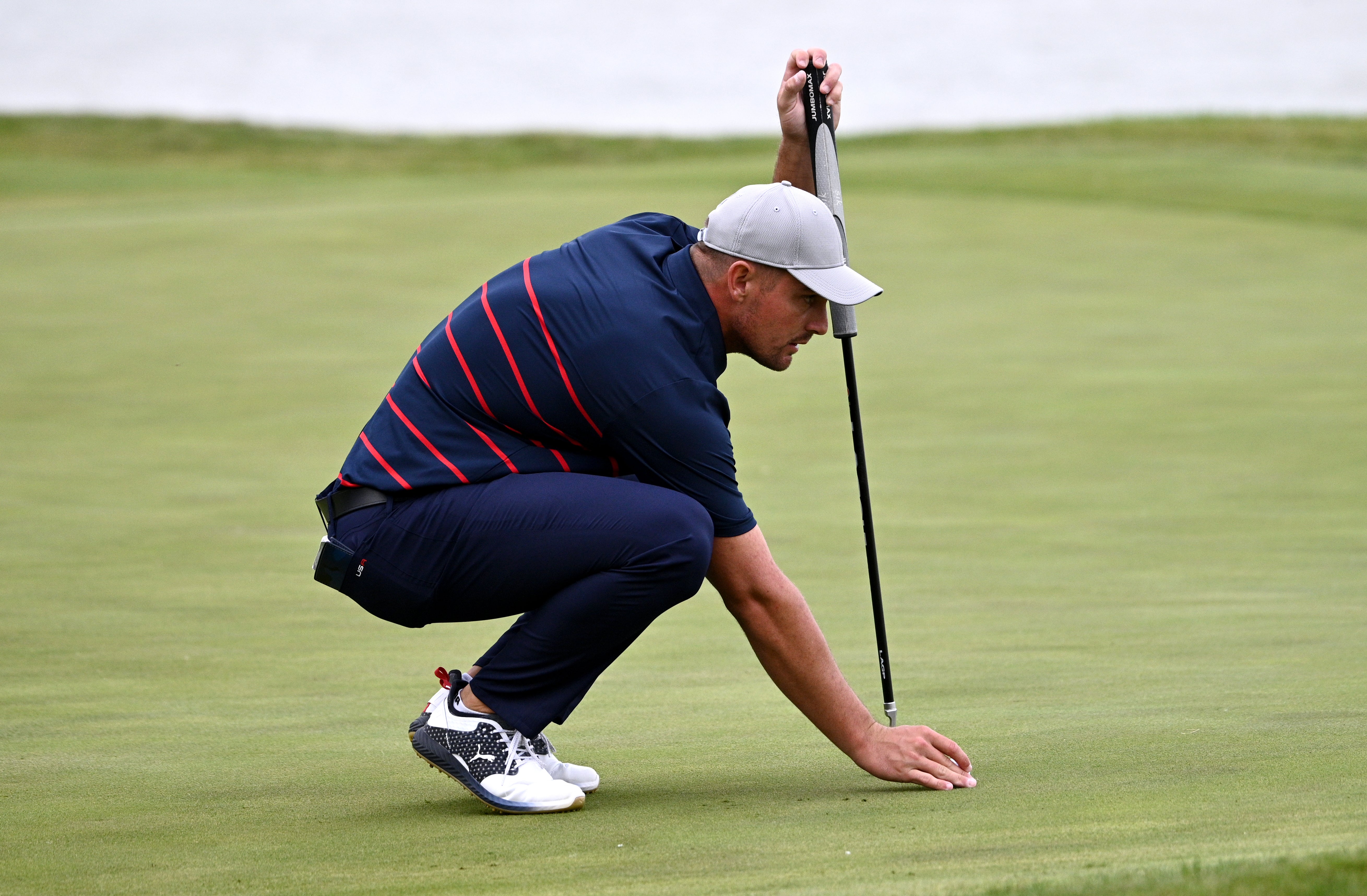 Former European captain Paul McGinley added: “This is out of order in my view. Come on, just get on with it.

“I guess we shouldn’t make too much of a deal of it. It was just a bit of petulance.”

It was the second such incident of the day after another American, Justin Thomas did something similar during his and Jordan Spieth’s foursomes win over Hovland and Bernd Wiesberger.