BURNLEY came close to clipping the wings of the high-flying Seagulls after a dominant Turf Moor display.

Sean Dyche’s men have been criticised for their lack of attacking edge after failing to muster a single shot on target in their last two losses against Chelsea and Manchester City. 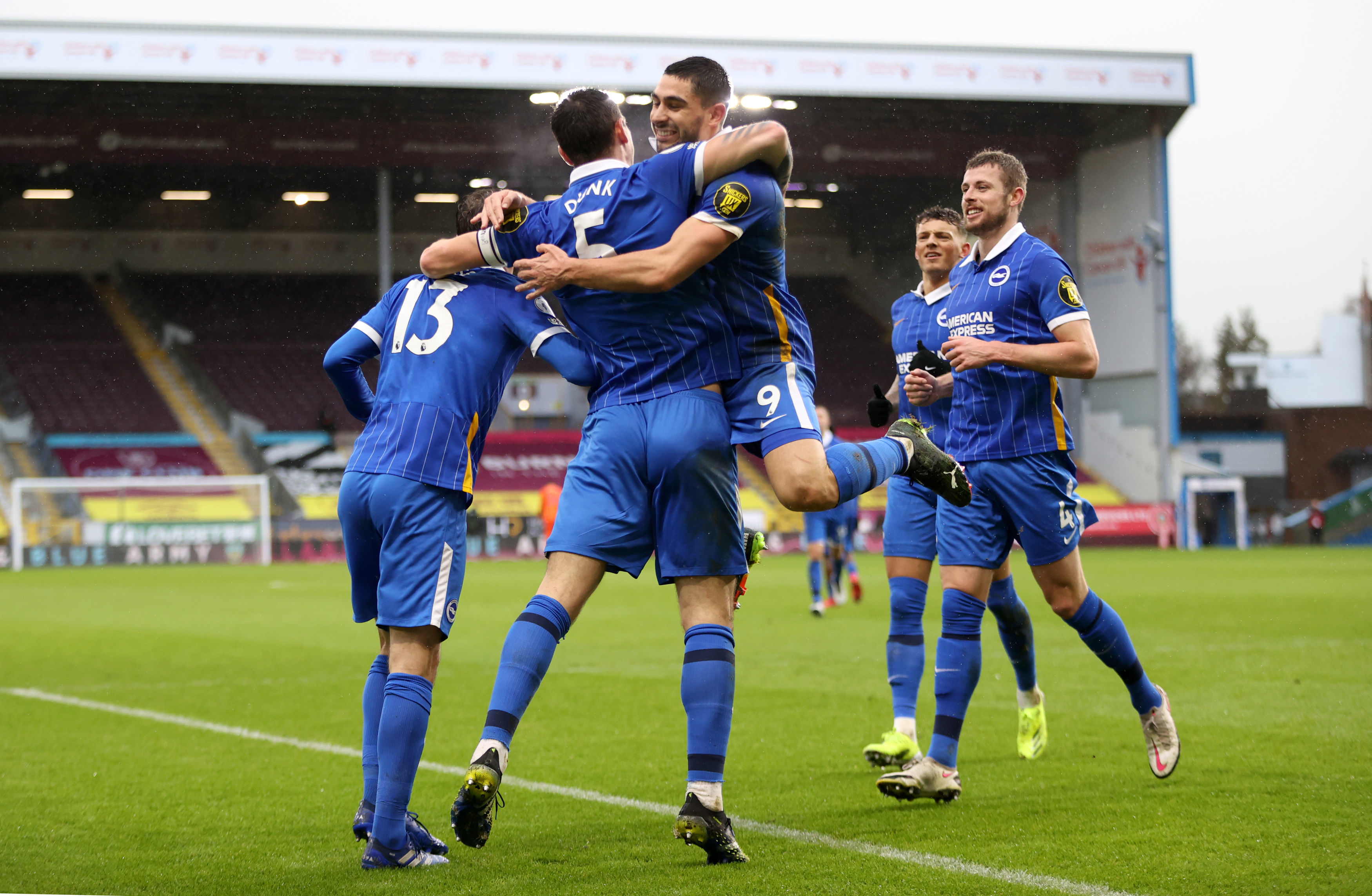 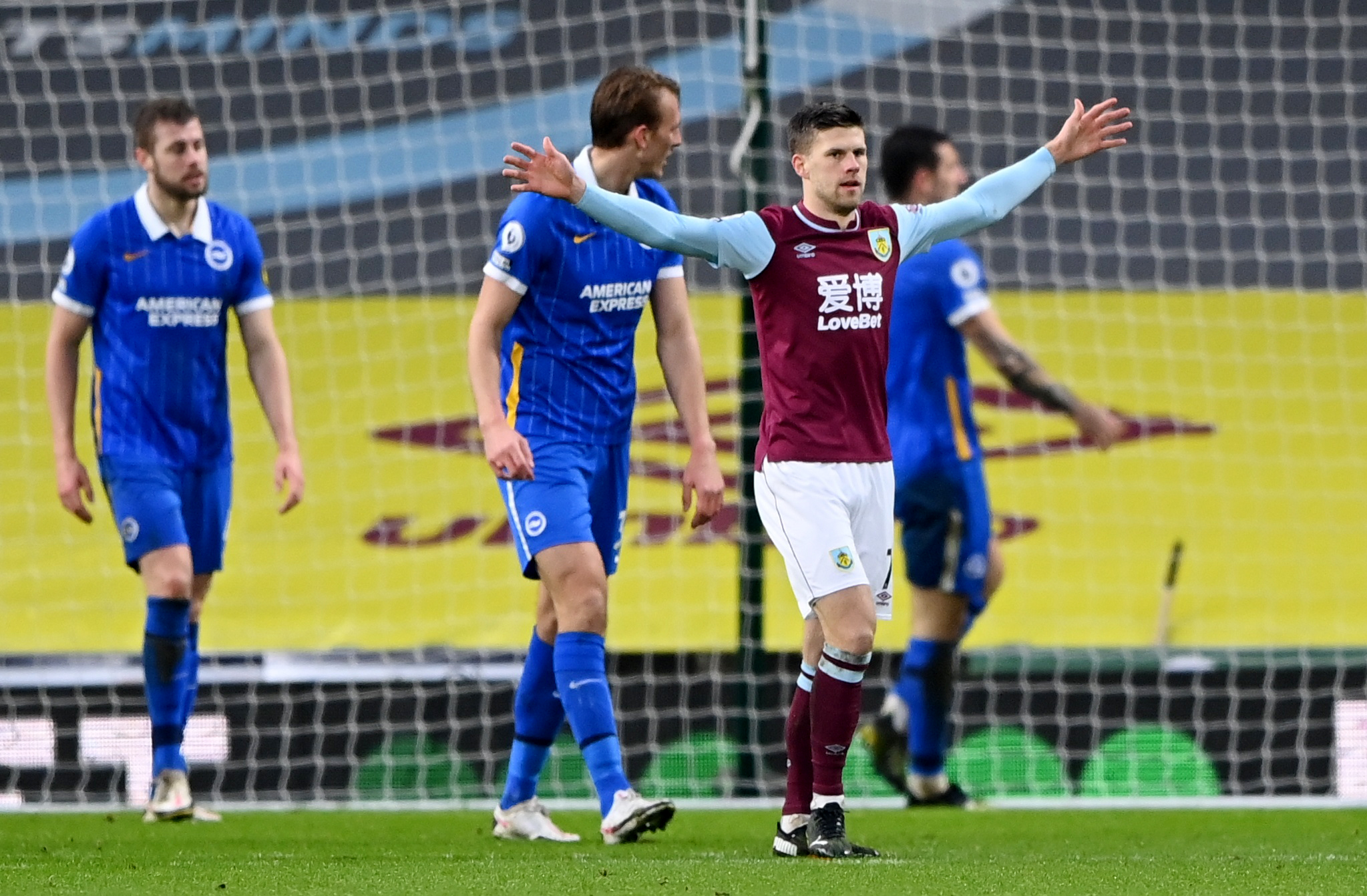 And they were up against a Brighton side in fine form after seeing off Tottenham and Liverpool to boost their own survival bid.

A first-half header from Lewis Dunk set the visitors on their way for a fourth win in five games but for Johann Berg Gudmundsson’s leveller.

And Burnley will be kicking themselves that they could not grab all three points after fluffing several huge chances in the second-half.

History tells us this is not the fixture for lovers of attacking football – both games in the 2017-18 campaign ended goalless, as well as the reverse this season at the AMEX.

A Ben Mee header hardly troubled Robert Sanchez – although it was a welcome shot on target after a week of little firepower.

And that appeared to breed some confidence for Dyche’s men – Dwight McNeil almost catching out Sanchez with a cheeky free-kick from a tight angle through the wall.

James Tarkowski then should have done better after connecting with a cross towards the back post, while Ashley Barnes smashed a decent effort over the bar from 18 yards. 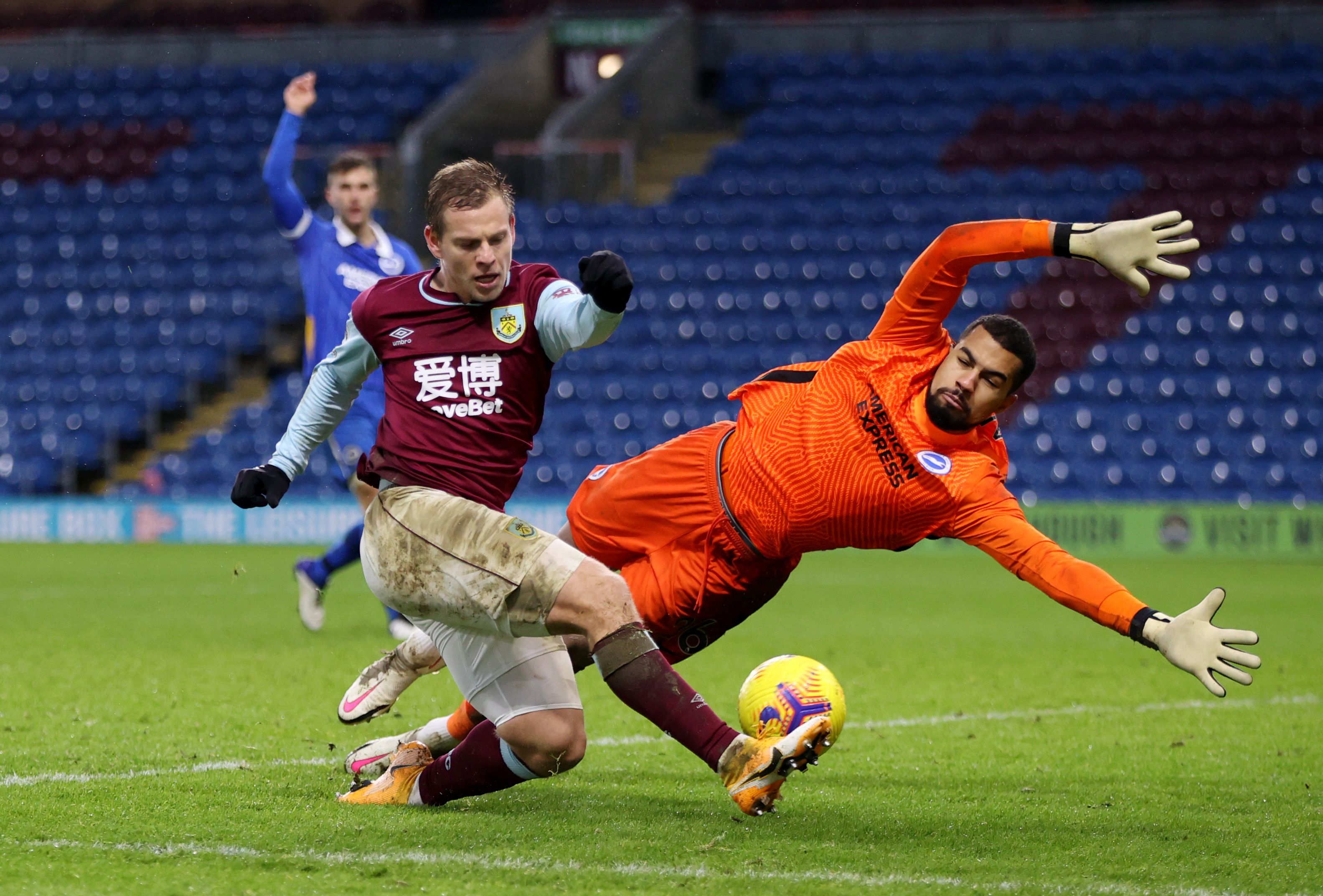 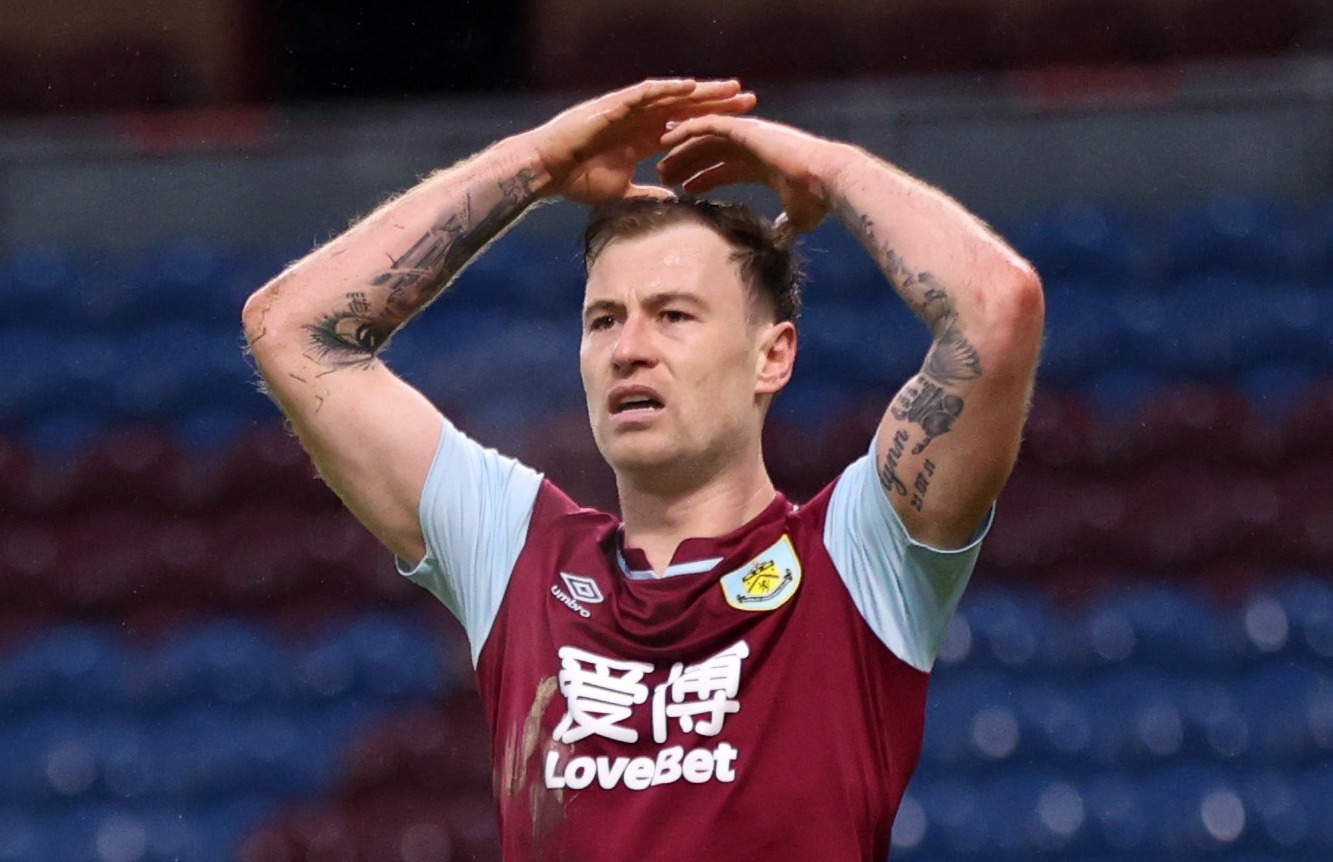 They were made to pay for their wastefulness in the 36th minute thanks to a Pascal Gross corner – and some slack marking by Burnley.

Dunk somehow found himself unmarked with enough time to power a header towards the back post, and Gudmundsson on the post bizarrely got his body in a twist letting it past him.

Burnley continued to attack, however, Matt Lowton with an impressive drive into the box before Jack Cork skied his effort over.

But the visitors almost caught them napping once again before the break – Aaron Connolly darting and ducking between several defenders and forcing Nick Pope into a fantastic outstretched save.

Burnley’s 11 shots in the opening 45 minutes was their most in a first-half in the Prem this campaign – albeit not enough to score.

And Dyche must have fired up his side for their lack of threat in front of goal at the break as they returned for the second-half with a real drive and ambition to hit back.

And they did in the 52nd minute as Sanchez could only parry Erik Pieters’ effort into the path of Gudmundsson, who made up for his first-half error with a calm slotted finish.

It was in the net again five minutes later, Ashley Barnes heading home moments after being denied brilliantly by a Ben White close-range block. 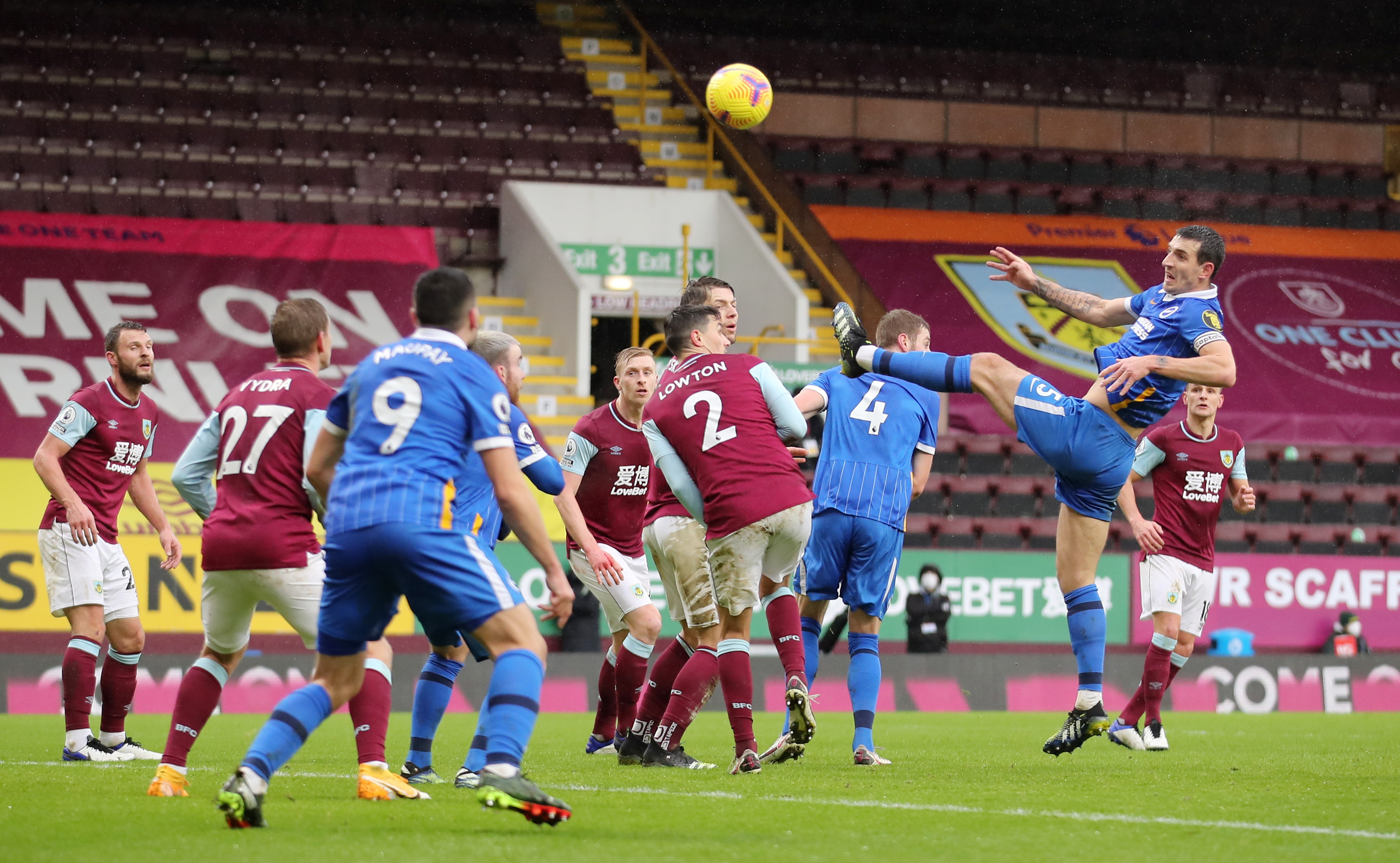 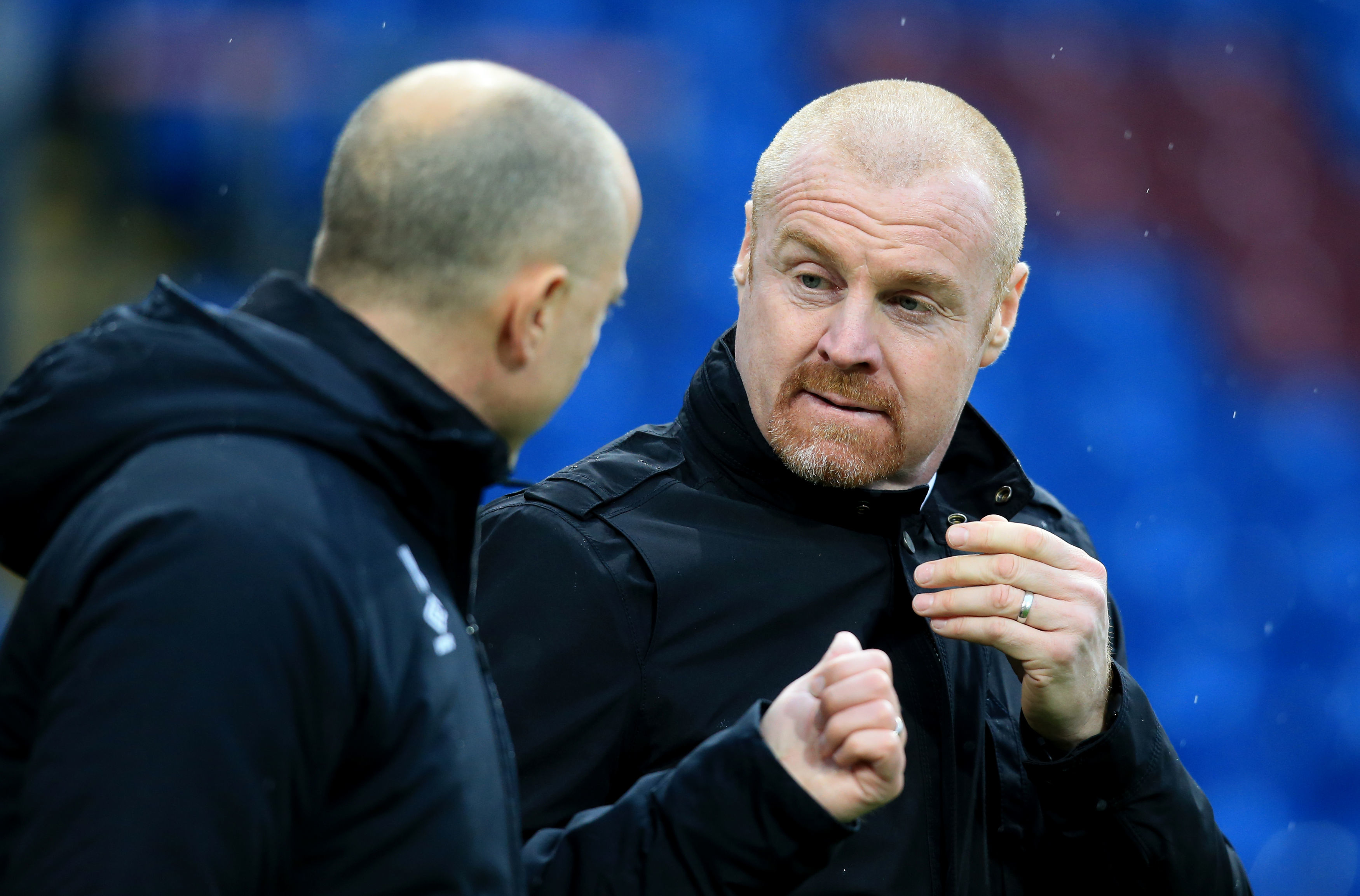 But Matej Vydra was deemed to be offside, much to the annoyance of Dyche who was given a stern telling off by Anthony Taylor for his complaints.

Potter responded by bringing on Danny Welbeck and Leandro Trossard, but the attacking threat continued to come from Burnley as Vydra’s pace and ingenuity kept Brighton’s centre-backs guessing.

His best chance came in the 70th minute after a rare sequence of one touch football by Pieters and Ashley Westwood but Sanchez smothered well.

But it is at least another point earned for Burnley – taking them nine clear of the drop.