CANELO ALVAREZ and Caleb Plant's undisputed super-middleweight title fight will be shown on BT Box Office in the UK.

Mexican superstar Canelo, 31, and America's Plant, 29, will put all four 168lb belts on the line on November 6. 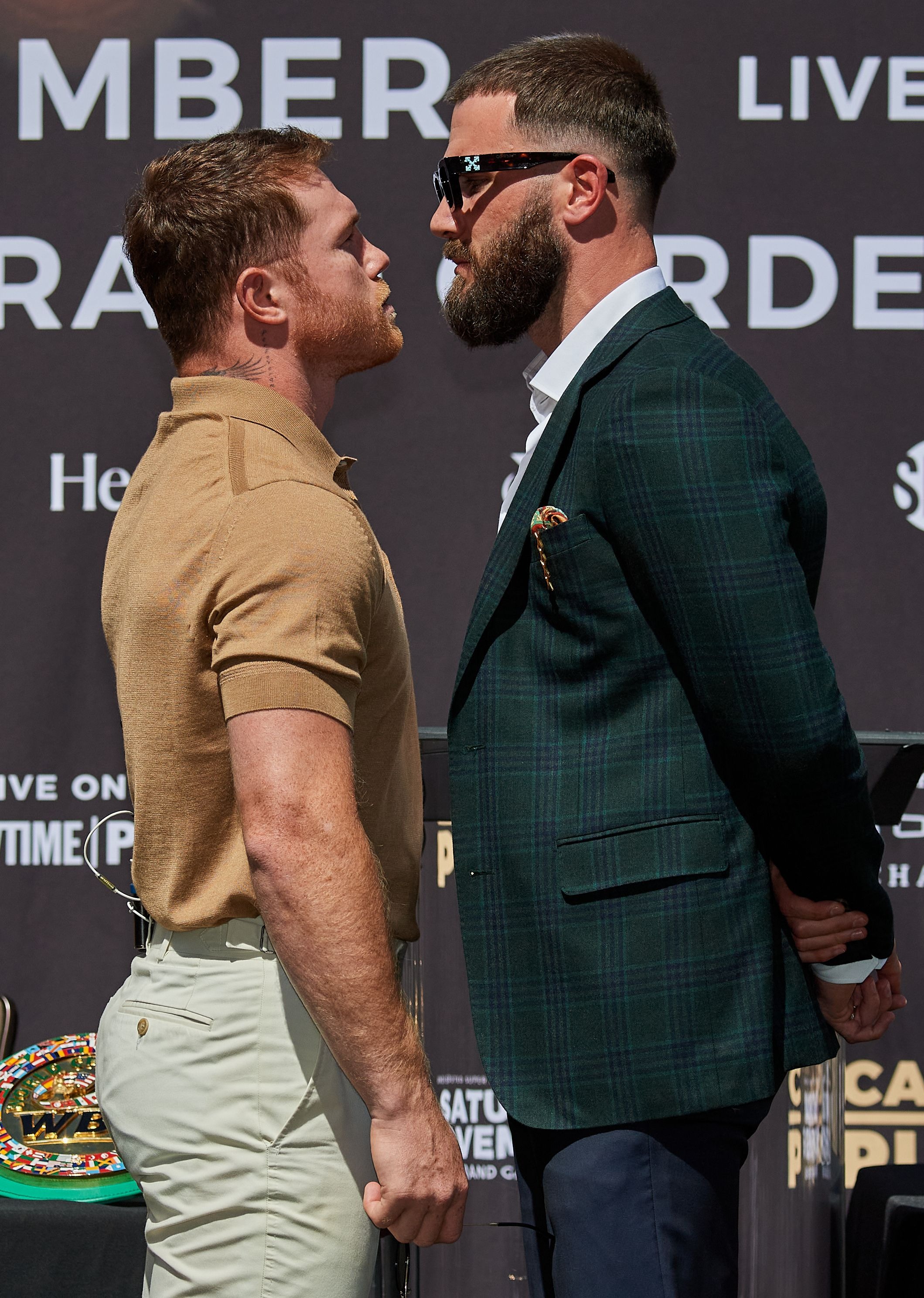 Alvarez is currently a free agent, and will return to Showtime pay-per-view Stateside.

Despite ending his DAZN deal in 2020, Canelo's last three fights have all been with Eddie Hearn under the streaming service.

But Plant's Premier Boxing Champions won the rights to the unification, and decided to air it on Showtime, opposed to Fox Sports.

Here in the UK, BT Sport appeared to beat rivals DAZN and Sky to get the fight on their platform.

And despite ring walks set for the early hours of the morning, it will cost a £19.95 PPV price.

And only Plant's IBF strap is missing from his collection, with the pair set for the first ever undisputed super-middleweight title fight.

But the action started early at their press conference after they brawled on stage.

Plant was left with a cut on his right eye, as the bad blood spilled over.