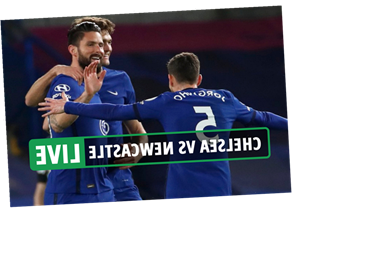 CHELSEA overcame a tough Newcastle side at Stamford Bridge with a 2-0 victory thanks to goals from Olivier Giroud and Timo Werner.

The German hadn't scored since November in the league but tapped home to nab his fifth Premier League goal of the season.

Follow ALL the action with our live blog below…