ITALY coach Gianluca Vialli could not bear to watch a single penalty as his side claimed Euro 2020 glory with a shootout win over England.

The Chelsea icon spent the entire shootout staring into the crowd but was quick to get involved in the celebrations as Gianluigi Donnarumma saved Bukayo Saka's decisive kick. 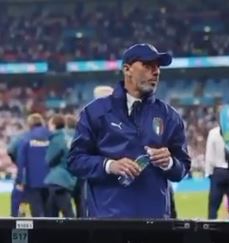 Footage shows the 57-year-old with his back to the action as the kicks took place behind him.

He nervously sipped water as Jorginho stepped up to take the pen that could have won it for the Italians.

Italy's players were ready to sprint down the pitch and celebrate with the Chelsea midfielder but Jordan Pickford pulled off a heroic save.

After the miss, Italy boss Roberto Mancini approached Vialli and the two exchanged words before the former Blues striker re-took his position leaned up against the electronic advertising boards.

He pulled an anxious face towards the crowd as Saka prepared to take his kick.

And in now historic scenes, the Arsenal man saw new Paris Saint-Germain keeper Donnarumma dive to his left and save his effort.

The miss won the tournament for Italy and as the jubilant squad set off down the pitch to celebrate, Vialli turned slowly as he realised what had happened.

But rather than joining his colleagues on the pitch, he raised his arms aloft and walked back up the stairs and into the stands. 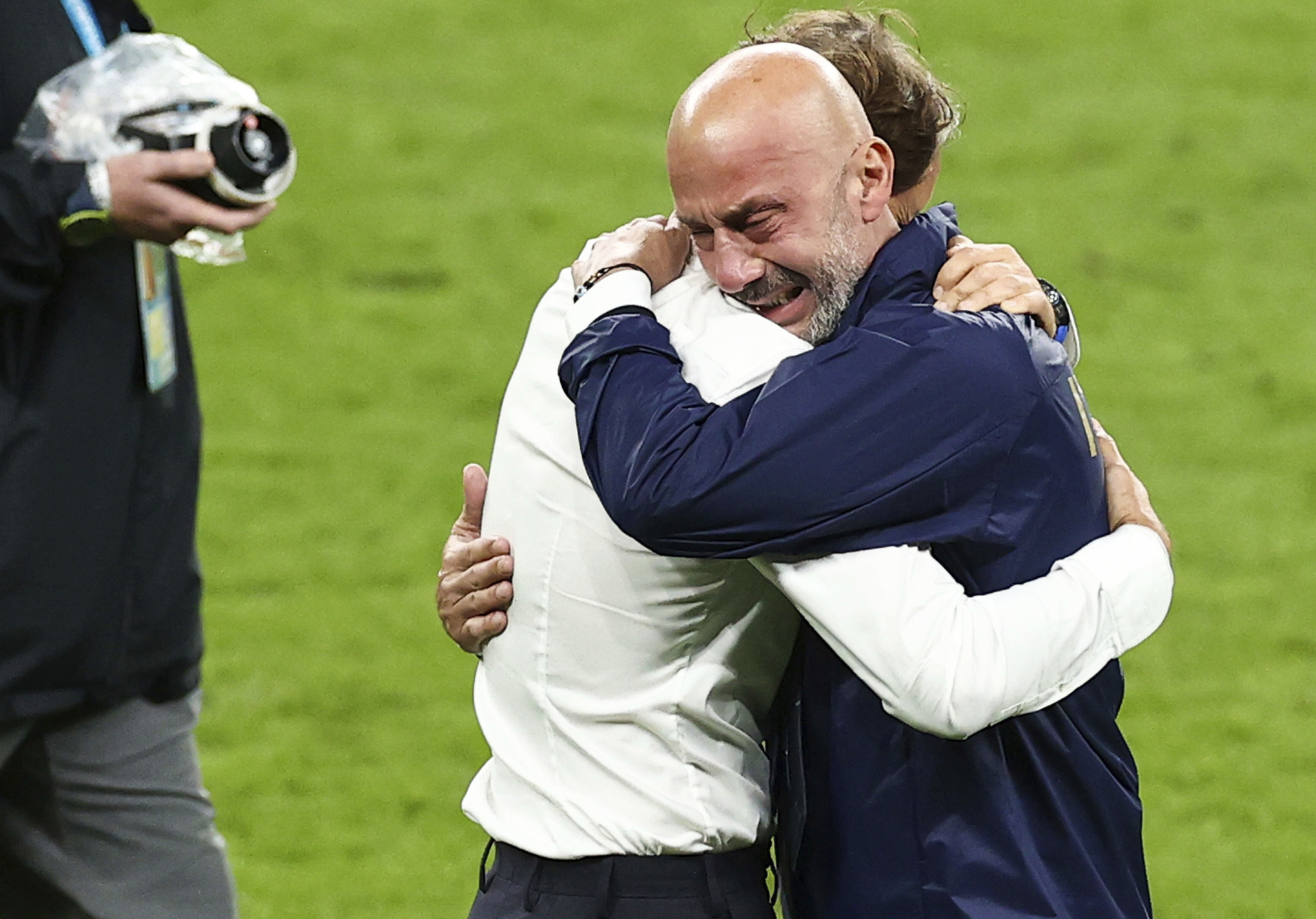 The camera then pans to a delighted looking Mancini and injured Leonardo Spinazzola embracing on the sidelines.

After a national phobia of penalties had been overcome, England's defeat arrived in an agonising shoot-out.

Marcus Rashford and Jadon Sancho were both brought in the dying moments specifically to take penalties and both missed.

Then poor young Saka failed with the decisive kick.