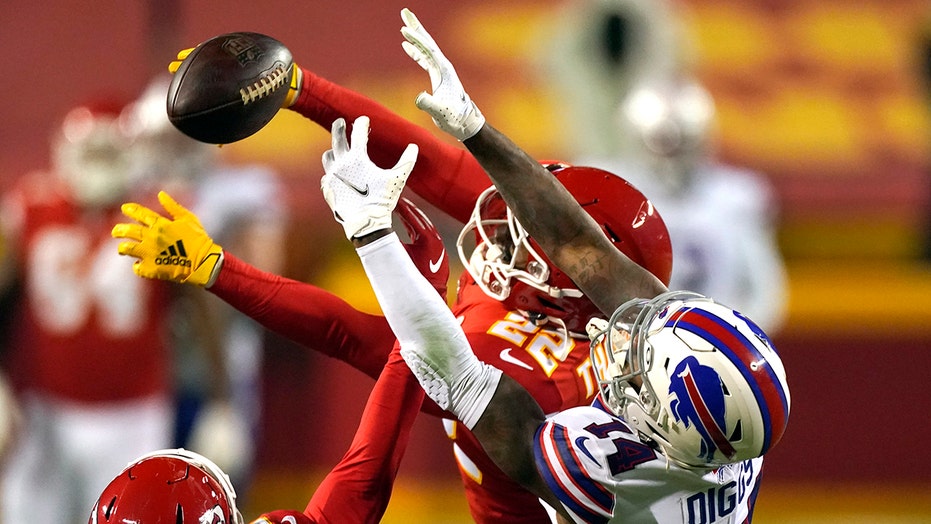 Kansas City Chiefs defensive back Juan Thornhill is making the most out of his first Super Bowl appearance.

Thornhill was warming up before taking on the Tampa Bay Buccaneers in Super Bowl LV and the cameras showed that he was wearing “Spongebob” cleats. Thornhill highlighted the episode from the Nickelodeon series in which SpongeBob SquarePants and his band sing “Sweet Victory.”

The Chiefs made it to the Super Bowl last season but Thornhill, a rookie at the time, did not make the trip because he suffered a torn ACL in the final week of the 2019 season. Despite starting all 16 games in the regular season, he missed the Chiefs’ entire run through the playoffs.

He was activated off the team’s physically unable to perform list in August and played in all of the Chiefs’ games this season, starting eight of them. He didn’t start in Kansas City’s wins against the Cleveland Browns or the Buffalo Bills, but did make his presence felt.

In 2020, Thornhill finished with 41 total tackles, an interception and three passes defended.

“It’s not really more about the physical capability. It’s more about my mind,” he told WDBJ-TV ahead of the game. “I feel like my mind was the one that was holding me back. And once we hit the playoffs, it was just— I made up my mind, just like, ‘Listen, you have a couple more games. Go as hard as you can, and everything will fall into place.’ Then like, last game I had a different mindset. Just like, if the ball comes to you, you’re going to make the play. It was just me talking to myself which lifted me up.”

Thornhill is expected to play against the Buccaneers.