CHRISTEN PRESS and Tobin Heath have finally reacted to the bombshell news that their shirts outsold EVERY male star at Manchester United.

Shirts for the American superstars were so popular in the first three days of their release, that they even surpassed the likes of Paul Pogba, Bruno Fernandes and Marcus Rashford. 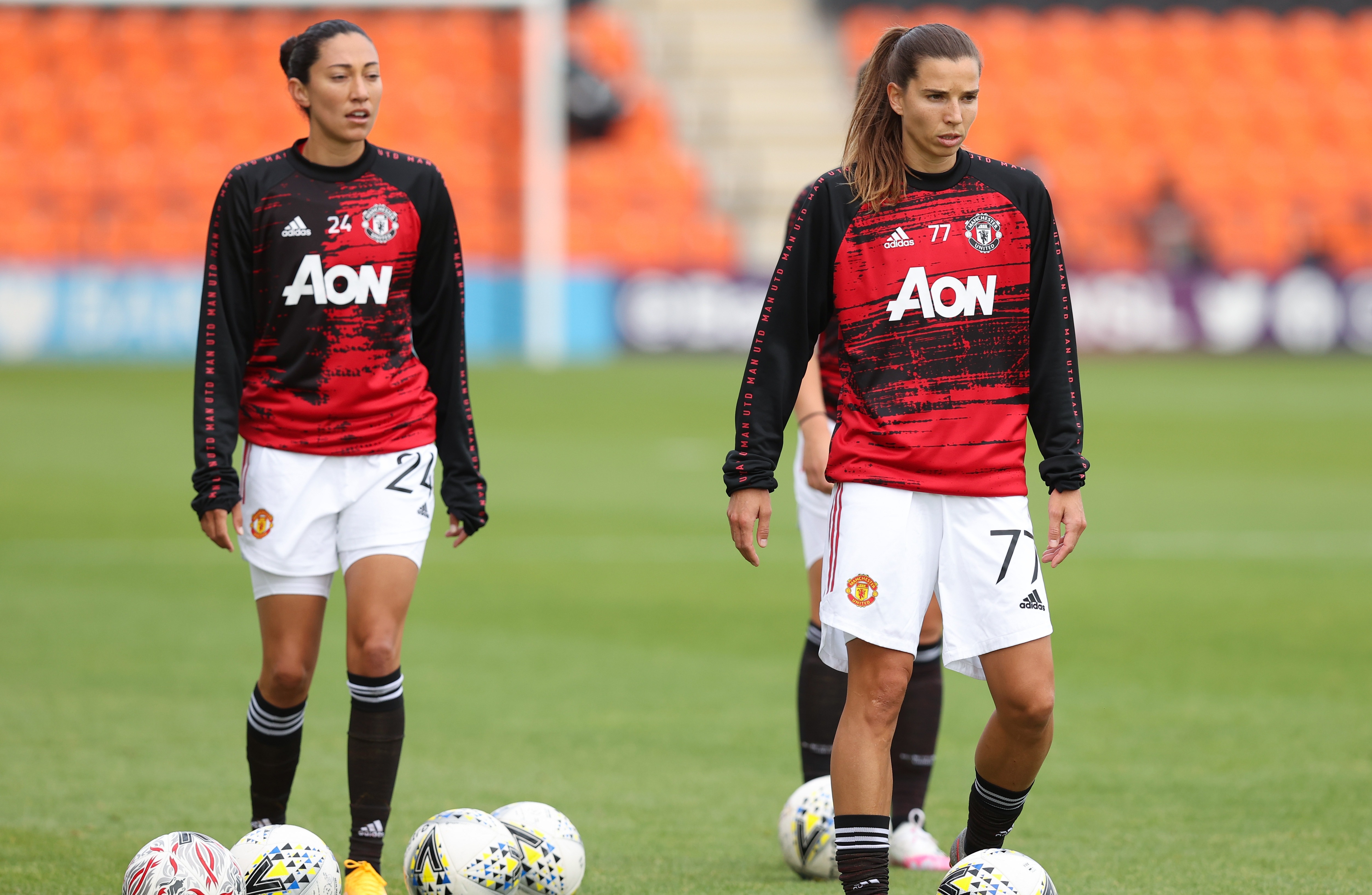 The American superstars arrived at the Red Devils last month, in a major coup for the Women's Super League.

When the pair were asked in an interview with CNN if they expected their arrival in Manchester to spark a fan frenzy and their shirts to sell-out, Press said: "Certainly not.

"I mean I wasn't thinking about it at all honestly until I read the news.

"But it is something I'm really proud of because especially in the United States we fight a battle everyday to prove our value and prove our worth,

"So things like jersey sales doing really well is actually really important for us because it proves to the pocket that this is something worth investing in."

The pair have made a combined 306 appearances for their country and were both members of the 2015 and 2019 World Cup-winning squads.

Heath usually dons the number 17 but it was taken by Ona Batlle so she chose 77.

Other big-name US arrivals who have made a temporary switch to the WSL include Tottenham’s Alex Morgan and Manchester City’s Sam Mewis and Rose Lavelle.