Claressa Shields could master MMA at a ‘rapid rate’ as she’s already got the mind of a warrior, PFL stablemate Clay Collard says 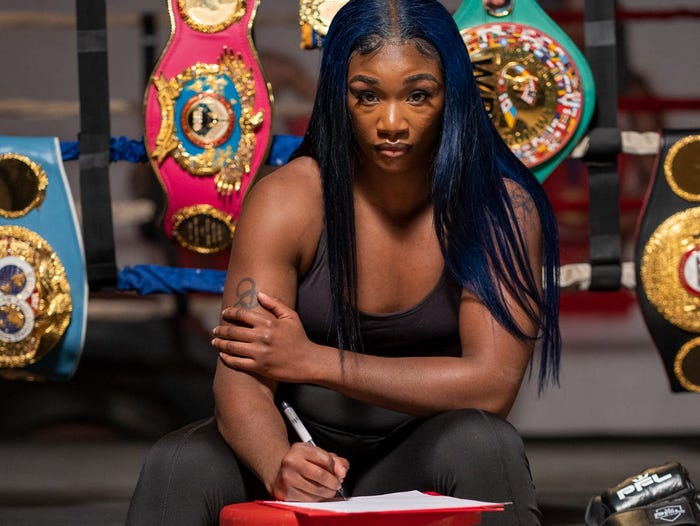 Boxer Claressa Shields could master mixed martial arts at a "rapid rate" as she's already got the mind of a warrior.

That's according to her Professional Fighters League (PFL) stablemate Clay Collard, who told Insider last week that there's a number of things Shields can do to become a well-rounded fighter in a short period of time.

Collard, like Shields, is a striker by trade — he's even competed in six boxing matches this year as a way to stay busy after the PFL postponed its 2020 season because of the coronavirus pandemic.

The New York-based MMA firm returns to operations with its 2021 season from April.

Collard will compete in the lightweight division, while Shields is expected to fight two bouts as she transitions to MMA from boxing — where she is a three-weight world champion and a former two-time Olympic gold medalist.

"I'm excited to see what she can do," Collard told us.

"More MMA fighters go into boxing than boxers go into MMA, so it's going to be really cool to see what she does and if she can be well-rounded."

Collard said Shields' biggest challenge will be to get up from the ground after she's been taken down, and stopping submissions.

"People are going to try and take her down," he said. "If they don't, I don't think they're very smart. But when you have that mind of a fighter, whether it's boxing or mixed martial arts, you're going to be able to learn at a very rapid rate.

"I'm sure she's taking it very serious and putting the work in and I'm excited to see what she's going to do in the cage."

Considering Shields is already 25, and could go on to compete in the 2022 PFL season, Insider asked Collard whether the American boxer would be better off getting to grips with takedown defense and anti jiu jitsu, as opposed to aggressive wrestling and seeking submissions.

"That's what I would say … it's all about the anti," Collard said. "Anti jiu jitsu is one thing my coaches are really big on because I'm a striker.

She will compete in pro boxing and in pro MMA in 2021.