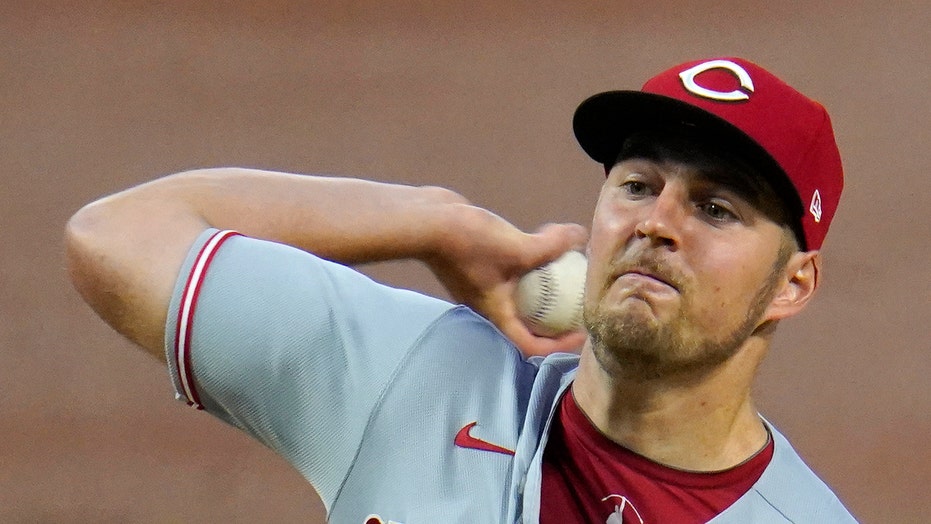 Cleveland Indians ace Shane Bieber was the unanimous winner of the AL Cy Young Award on Wednesday night, and Trevor Bauer became the first player to take home the NL honor for the Cincinnati Reds.

Using a versatile repertoire that includes a looping curveball and a wipeout slider, Bieber went 8-1 with a 1.63 ERA and 122 strikeouts in 77 1/3 innings during the pandemic-shortened season, leading the majors in ERA and strikeouts and tying Yu Darvish for the most wins.

Bieber became the second player in franchise history to win the pitching AL Triple Crown, joining Hall of Famer Bob Feller in 1940. He also was the first pitcher to lead the majors in all three categories since Johan Santana for Minnesota in 2006.

Bauer went 5-4 with an NL-best 1.73 ERA in 11 starts, helping the Reds reach the playoffs for the first time since 2013. The 29-year-old right-hander struck out 100 in 73 innings and led the majors with two shutouts, a pair of seven-inning performances on doubleheader days.

The brash Bauer is the first Cy Young winner for Cincinnati, the majors’ oldest franchise. He became a free agent after the season and turned down the Reds’ qualifying offer, but left the door open for a return.

Bieber was the first unanimous AL winner since Justin Verlander for the Detroit Tigers in 2011. It was the 10th time that an AL pitcher was a unanimous choice for the award.

The BBWAA will announce the MVPs on Thursday night.

The 25-year-old Bieber was selected by Cleveland in the fourth round of the 2016 amateur draft. He made his major league debut in 2018 and went 11-5 with a 4.55 ERA. But he really started to show off his potential last year, winning the MVP award at the All-Star Game and finishing with 15 wins and a 3.28 ERA.

“I was kind of a late bloomer in high school, so I feel like I had to learn how to pitch and let my stuff come to me,” Bieber said last week when he was announced as a Cy Young finalist. “Continue to work hard, continue to develop in the latter half of high school and going into college, was to able some velocity and kind of refine my game.

“But in terms of development, I wouldn’t trade my process for anything. I felt like my early years learning how to pitch, learning how to change speeds and locate the ball has paid dividends in the long run.”

Bieber gave Cleveland its fifth Cy Young Award since CC Sabathia won in 2007. Cliff Lee won in 2008, and Corey Kluber took home the honor in 2014 and 2017. Gaylord Perry in 1972 is the only other Cy Young winner for the Tribe.

It’s the first Cy Young for Bauer, who tied for sixth in the AL voting in 2018 after he went 12-6 with a 2.21 ERA for the Indians. He was traded to Cincinnati as part of a three-team deal at last year’s deadline that moved Yasiel Puig to Cleveland.

Bauer struggled after he was acquired by the Reds, going 2-5 with a 6.39 ERA in 10 starts. But he returned to form when this season finally started in July.

He allowed just two runs and eight hits in 26 1/3 innings over his first four starts. He also closed out the season with a flourish, recording a 1.29 ERA and 46 strikeouts in 35 innings over five September starts.

Bauer pitched Game 1 of the playoffs at Atlanta and struck out 12 in 7 2/3 innings. But the Reds lost 1-0 in 13 innings and failed to score during the Braves’ sweep.