COLBY COVINGTON was victorious against his bitter rival Tyron Woodley with a fifth-round TKO at UFC 178.

The two Americans squared up in the early hours – and Covington stopped his opponent after 1min 19sec after five thrilling rounds. 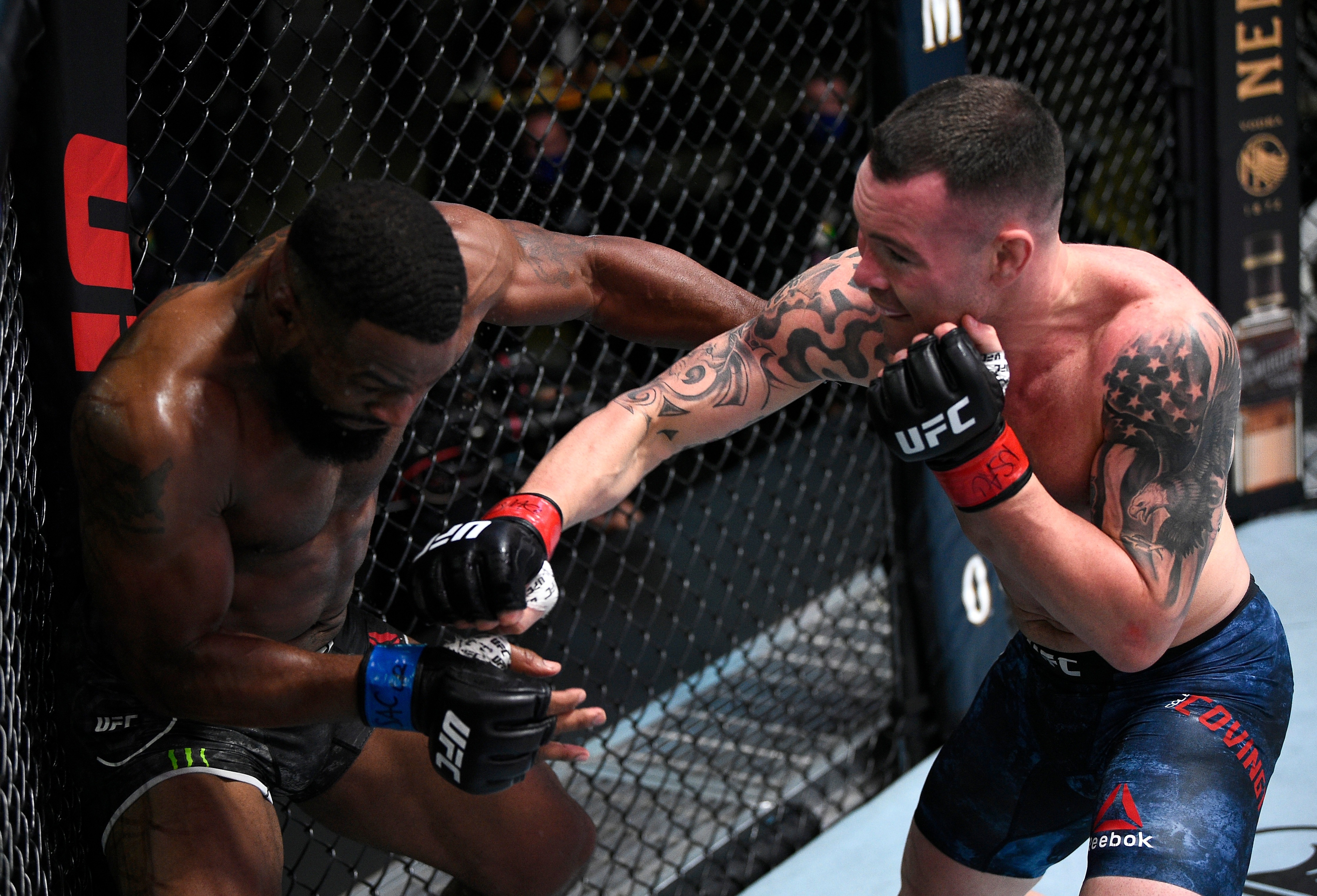 This eagerly-awaited welterweight clash certainly lived up to expectations.

But it was virtually all one-way traffic as Californian Covington, 32, completely dominated from the outset.

It was the main bout of UFC 178 at the UFC Apex in Nevada.

Missouri fighter Woodley clearly had rib damage and howled in pain before the referee stopped the fight less than a third of a way through the fifth round.

Covington was quick to line up his next opponents after dispatching hated Woodley, calling out Marty Fakenewsman Usman and Street Judas Masvidal.

He said in his post-fight interview: "Marty Fakenewsman, Street Judas , we got unfinished business.

Covington had put down former welterweight champion Woodley after just 20 seconds of the first round.