THOMAS TUCHEL is reportedly ready to give Conor Gallagher a chance in the Chelsea first-team next season.

The midfielder, 21, has impressed in loan spells at Charlton, Swansea, and most recently fighting relegation with West Brom. 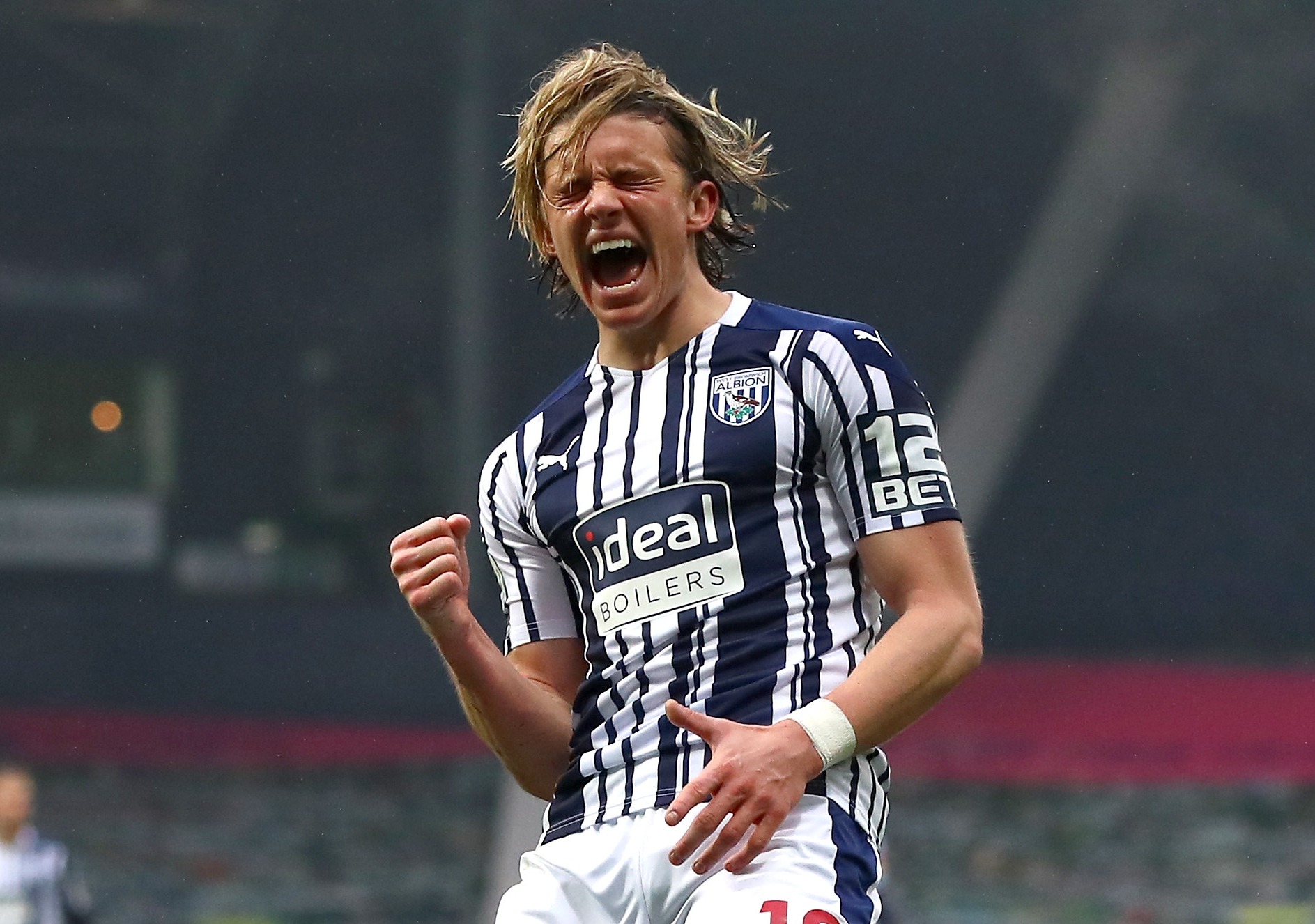 According to Goal, he is well liked by the Blues hierarchy and has a good chance of being involved next season.

Ousting N'Golo Kante or Mateo Kovacic is a lot to ask although a potential move away for Jorginho may open up a space.

Fellow youngster Billy Gilmour has found it tough to break in under Tuchel, only being named on the bench twice for Premier League games since the German took charge.

And a host of talent including Ross Barkley and Ruben Loftus-Cheek will also return from loan moves at the end of the season.

Should Chelsea decide to sell Gallagher, reports earlier this month suggested Crystal Palace are keen with a bid of around £9million necessary.

The player, still yet to debut for the West London club, is currently away with England Under-21s and will feature in the Group D decider versus Croatia on Wednesday.

Gallagher will be ineligible for West Brom's first game after the international break, away to parent club Chelsea, as they look to pull off an unlikely escape from the drop.

But he has spoken highly of his loan stints away, including his time at the Hawthorns.

The player said: "Everyone throughout their careers has a lot of tough moments.

"You experience losing and things like that and you improve. We as young players, no matter what, will get experience from it.

"I was excited to play in the Premier League after a step up from Championship last season. I’ve loved every minute of it. Hopefully I'll keep developing and improving.

"It’s been a tough season for West Brom so far, so doing the dirty side of the game, the importance of work off the ball [is important].

I’ve learnt a lot already in two years. Hopefully I can continue to learn as a player.

"Premier League quality will punish you if you switch off, so you need to be concentrated and focused.

"I know people have other views on players going on loan and I’ve been at three different teams, but it’s three different experiences and teams with [different] styles, different managers and players.

"I’ve learnt a lot already in two years. Hopefully I can continue to learn as a player."