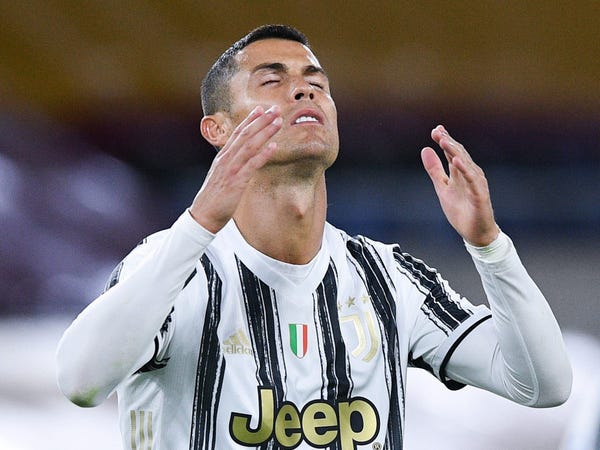 The 35-year-old originally tested positive for COVID-19 on October 13 while on international duty with Portugal, after which he returned home to Turin to self isolate.

After testing positive for a second time last Thursday, he took a third test late on Tuesday in a late bid to play against Barcelona, however it came back positive again.

"Felling good and healthy! Forza Juve!" Ronaldo said on Instagram alongside a shrugging emoji and a photo of himself.

In a separate since deleted comment, he then said "PCR IS BULLS—."

A PCR (polymerase chain reaction) test is a type of swab test that is able to detect the presence of genetic material from COVID-19, and is widely used in testing for the virus around the world.

Andrea Pirlo's side have faltered in the absence of Ronaldo in recent weeks, drawing both of its Serie A games against FC Crotone and Hellas Verona.

"We know that in these such difficult games, against opponents who shut up shop at the back like versus Verona on Sunday, his strength, his mentality and his motivation ends up prevailing."

Juventus' game with Barcelona kicks off at 8 p.m. GMT.