Crystal Palace 0 Derby 1: Rooney’s side stun Eagles as Milivojevic is sent off using pitch-side monitor in VAR first – The Sun

DERBY’S Wayne Rooney gamble looks to be paying off already.

First came a much-needed league win over Barnsley for the England legend’s debut on Thursday. 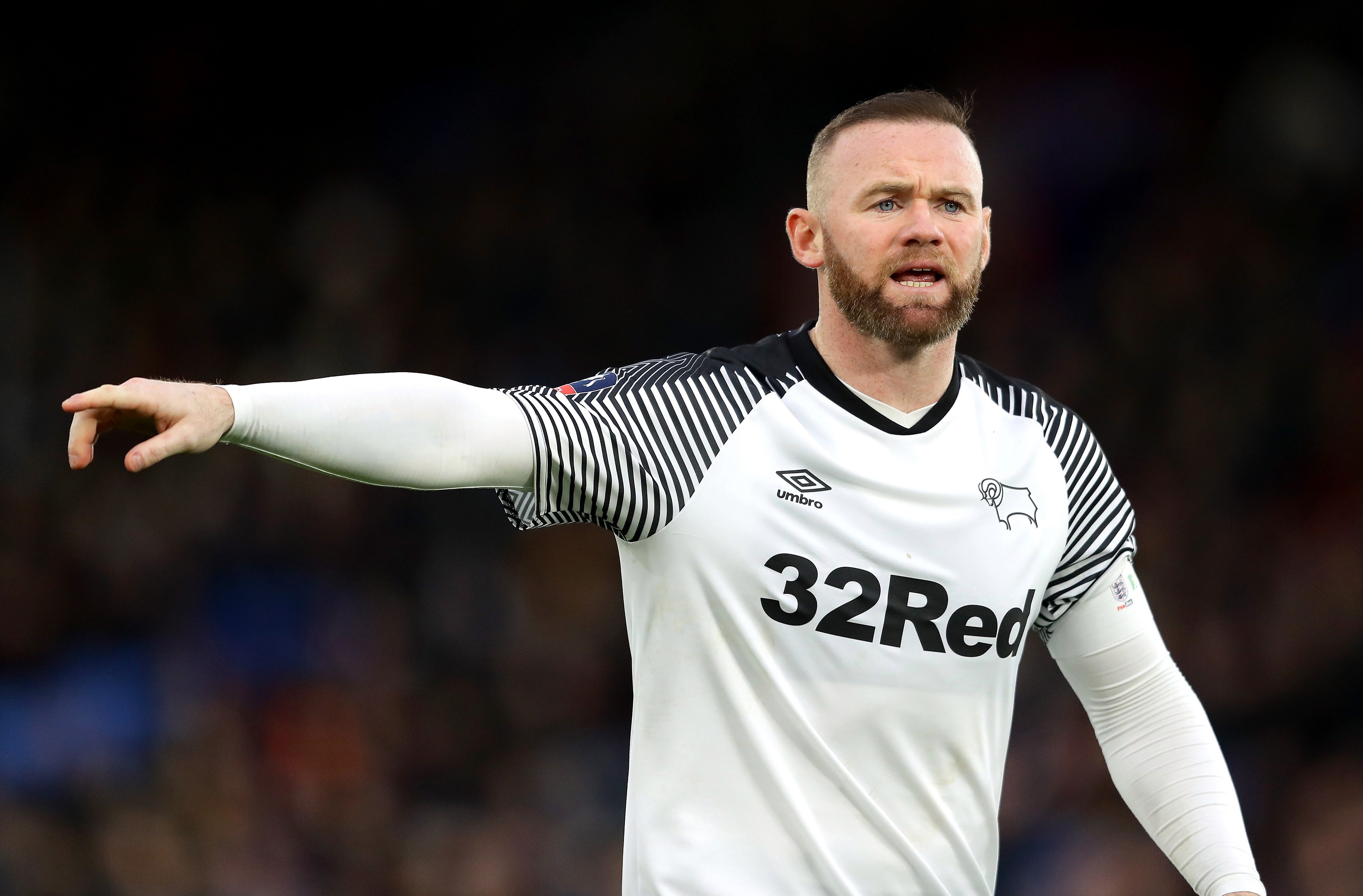 Now he has helped land back-to-back victories after stunning his old Three Lions boss Roy Hodgson at Crystal Palace in the FA Cup.

While he watched on as referee Michael Oliver consulted a pitchside monitor to consider a possible red card for the first time in English football before dismissing Luka Milivojevic for violent conduct.

It is early days of course in Roo’s shock Rams spell which is being sponsored by a bookmaker.

But if he can inspire team displays that make wins against Premier League opposition as comfortable as it looked here, then the odds look good on them flying up the Championship.

And in that case, Rooney’s hope of Phillip Cocu’s men still making the play-offs may not be such a long shot after all.

Roo may be our nation’s record-scorer, but the chances of him grabbing many for County look slim if he is deployed as he was at Selhurst Park.

After leading out his new side to boos from the home fans, the ex-MLS man took his place at the base of midfield alongside Tom Huddlestone.

Cocu’s tactics focused mainly on the two veterans picking out those with faster legs from deep.

If anything, it was ex-Tottenham speed demon Huddlestone who pushed on more, meaning Rooney was rarely anywhere near Palace’s penalty area.

Though his ability from the halfway line throughout his illustrious career means all Championship keepers should remain on their guard regardless of this performance.

But for all his lack of movement, Rooney’s touch and range of passing has not deserted him. 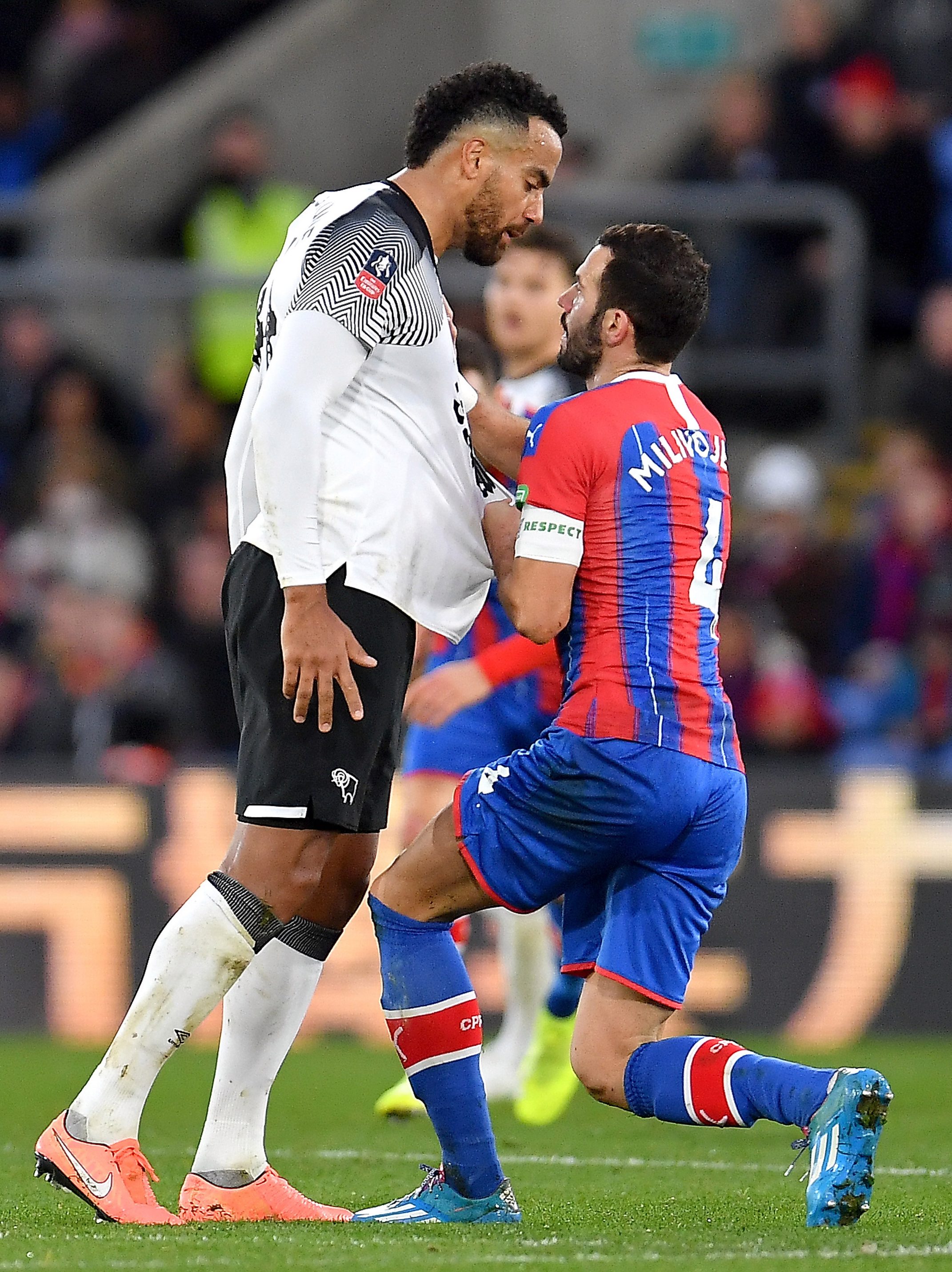 The 34-year-old looked the most at ease in possession of all the players on the pitch, never rushed and took all set-pieces.

Twice in the first half he could have had an assist had Derby’s forwards made more of his pinpoint through balls as Cristiano Ronaldo or Robin van Persie would have in years gone by.

Rooney was one of only two players to keep their place from the Barnsley win as he continued to build his match fitness.

While Hodgson, who made Rooney England captain, switched made five changes.

Those included handing a first start to 18-year-old Brandon Pierrick, who raced at the Rams defence inside four minutes and drew a smart stop from Kelle Roos.

Rooney then had two sumptuous balls through the middle which first Martin and then Louie Sibley failed to control, demonstrating the different calibre of player the legend is now playing with.

But Martin more than made up for it on 32 minutes as he grabbed what turned out to be the winner.

Palace struggled to hit back and lost Max Meyer to injury before the break, with Hodgson angrily giving instructions to his sub James McArthur over his side’s lax performance.

The closest the hosts came shortly after the break when Pierrick cut back for James McCarthy, whose deflected shot forced Roos to palm away.

Derby should have killed Palace off near to the hour when Tom Lawrence found an unmarked Bogle at the far post.

But the Premier League target got his header all wrong, nodding down and wide.

It started when Milvojevic barged into Huddlestone, who then pushed the Serb to the floor.

Palace’s captain then foolishly kicked out at Huddlestone, before raising his hands and appearing to lean his head in on the Derby ace.

Both players were dragged away by team-mates before ref Oliver dished them out yellow cards.

But VAR then intervened, culminating in Oliver to head to a pitchside monitor and deem Milivojevic’s offence as worthy of a red for violent conduct.

The first use of a pitchside monitor in our game came in January 2018 when Craig Pawson awarded Liverpool a penalty in their 3-2 FA Cup loss to West Brom at Anfield. 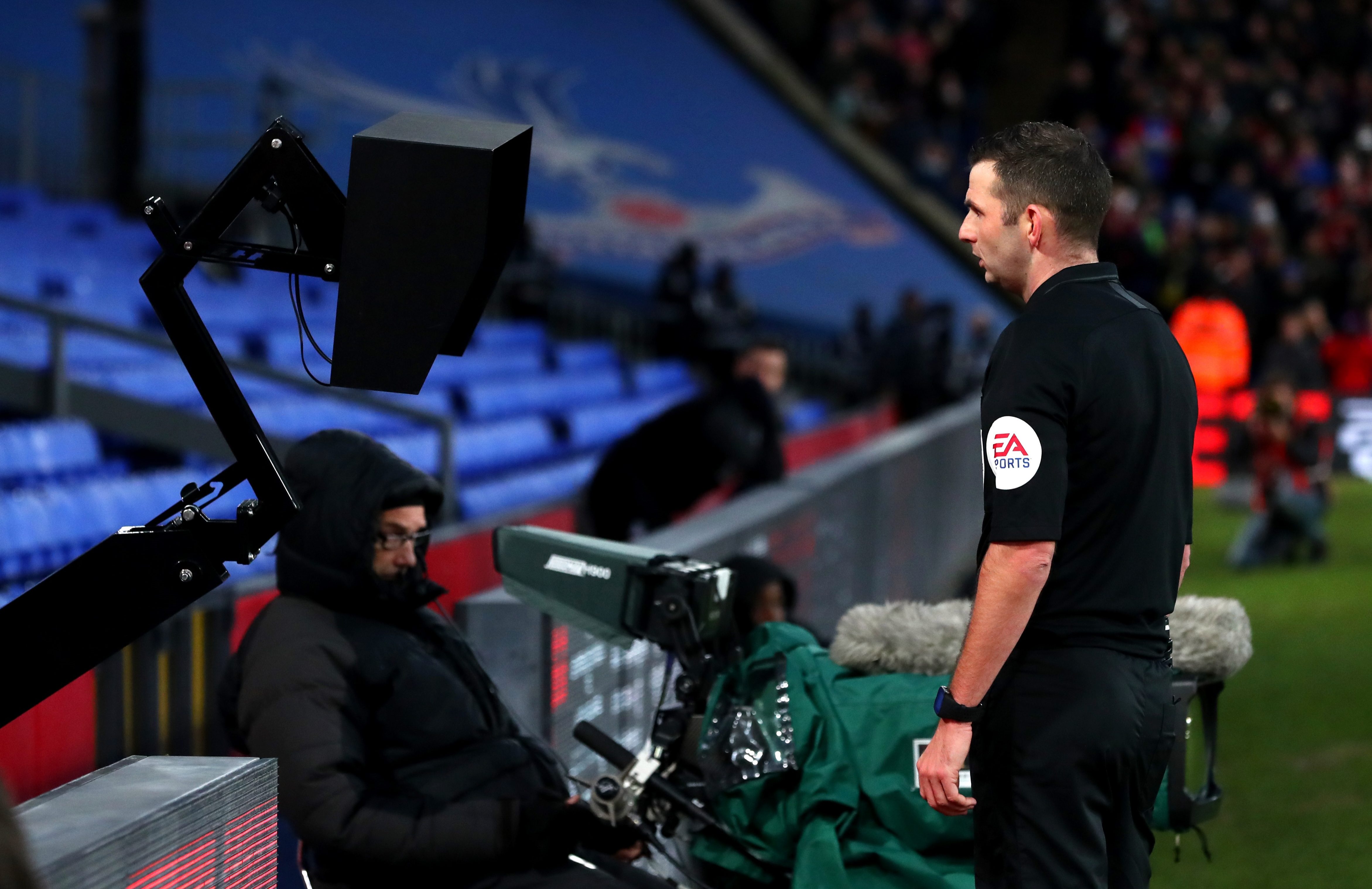 But this was the first for a red card and looked to be sensible use of the technology.

It ended Hodgson’s chances of getting back into it and Derby again fluffed a chance to double the lead when sub Martyn Waghorn struck a post.

One was enough in the end and Rooney’s Derby look on a roll. 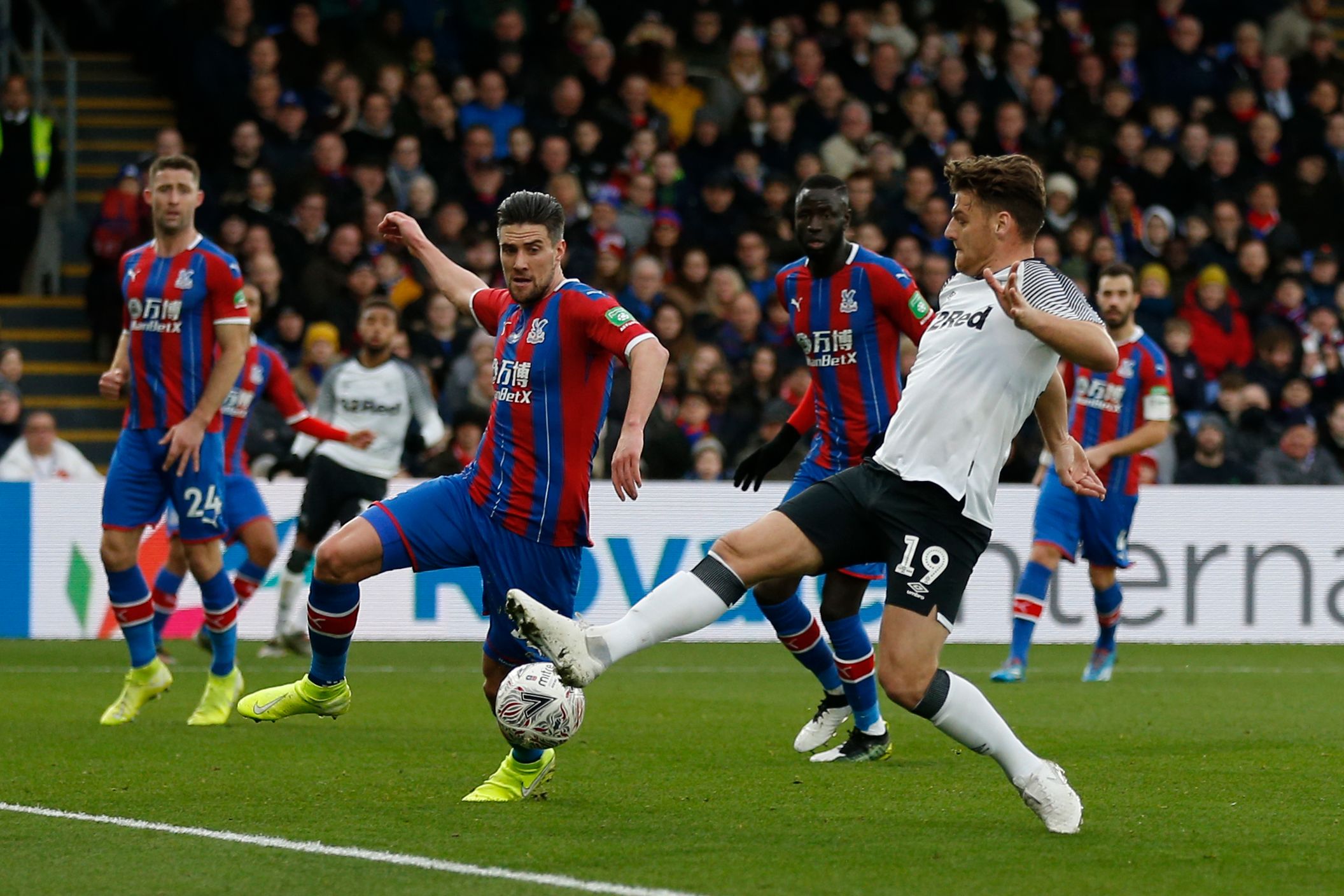